There are many ways to tell a story -films, plays, books or something I’m involved with – podcasts, to be exact audiofiction podcasts. They run the gamut from shows disguised as genuine broadcasts (like Alexandria Archives) or radio plays (Steal The Stars). My own podcast, At The End Of The Line is the former, supposedly a travelogue podcast of someone journeying through post-apocalyptic England.

But aside from my own podcast here are five great audiofiction podcasts:

1. My Neighbors Are Dead

This is a weekly improvised podcast where the host, Adam Peacock, interviews a character from the periphery of a horror film, usually this character is not even in the film. So there has been the episode about Scream, where they interview the other guy who wanted to kill Sidney Prescott, or the estate agents who sold the Freelings the house in Poltergeist. In the episode the universe of that film is real, these things are meant to have really happened, as such in the episode on The Road the host and guest are living in a post-apocalyptic wasteland.

The show is very funny and very cine-literate and has some very talented comedians and actors playing these characters. The show is always good but occasionally it does hit sublime moments of comedy.

If You Listen To One Episode Make It – Episode 16 – Psycho. This is one of those sublime episodes as one man talks about the local amateur taxidermy contest he entered.

Perhaps the best example of world-building I’ve come across in audiofiction, an alternate-history of Victorian England where Even Greater London covers half of the country, the Tower of London provides energy and Queen Victoria is an unholy mess of human and machine. The show of full of brilliant ideas and concepts and does an amazing job of conveying these to the listener. The show follows Archibald Fleet and Clara Entwhistle as they struggle to solve crimes of great ingenuity and importance.

While the plot of both seasons revolves around grisly murders the show is a comedy full of jokes and wonderful turns of phrase.

If You Listen To One Episode Make It – Victoriocity won’t make much sense if you don’t listen to it in order but Season 2 Episode 4 The Circus is a great example of their world-building.

The horror and supernatural genres are fertile grounds in the audiofiction world and one of the best examples of that is The Magnus Archives. Each episode is a recording of a statement of a member of the public about a supernatural encounter. Most episodes are simply one person, the head archivist, reading someone’s statement. At the end of each episode is a little summing up by the archivist as he explains the research they have done to verify the story (while they certainly believe in the supernatural The Magnus Institute seems to believe most reports are unlikely to be genuine). What starts off as simple episodic tales begins to take shape, very slowly, of a bigger plot. This is not a humorous show and can be very grim and there are vivid descriptions of some rather nasty stuff, so bear that in mind.

If You Only Listen To One Episode Make It – Episode 9 A Father’s Love, a particularly grim episode where the daughter of a notorious serial killer explains the possible supernatural nature behind her father’s crimes.

A glorious sci-fi adventure in the mould of The Hitchhiker’s Guide To The Galaxy, following the adventures of two “employees” of the distinctly evil Automnicon (whose motto is “We Own You”) as they are sent on various missions across the galaxy. The main characters Kilner and Samantha are joined by a whole host of interesting and original characters – particularly Marilyn but I won’t spoil her origins story.

This show is probably the most famous audiofiction podcast in existence and my favourite. It purports to be a local radio show for the town of Night Vale where host Cecil Palmer brings news and updates to his listeners. The idea behind WTNV was that it’s a town where every conspiracy theory is real – there are vague, yet menacing government agencies, UFOs, and any number of monsters. Nothing is quite right in Night Vale – librarians are vicious creatures but who also promote summer reading programmes, the mysterious dog park is banned to both humans and dogs, and the editor of the local newspaper constantly attacks people with hatchets. The show easily goes from creepy to funny to emotional easily and you soon become deeply involved in the lives of the residents of the town.

If You Listen To One Episode Make It – Episode 26 – Faceless Old Woman – an early example of how creepy WTNV can get as we learn about The Faceless Old Woman Who Secretly Lives In Your Home and her name pretty much sums her up (she is played by Mara Wilson, probably best known for playing Matilda in the 90s film).

Enjoy these five audiofiction podcasts and if you would like to check it out here is the link to my show: https://attheendofthelinepodcast.squarespace.com 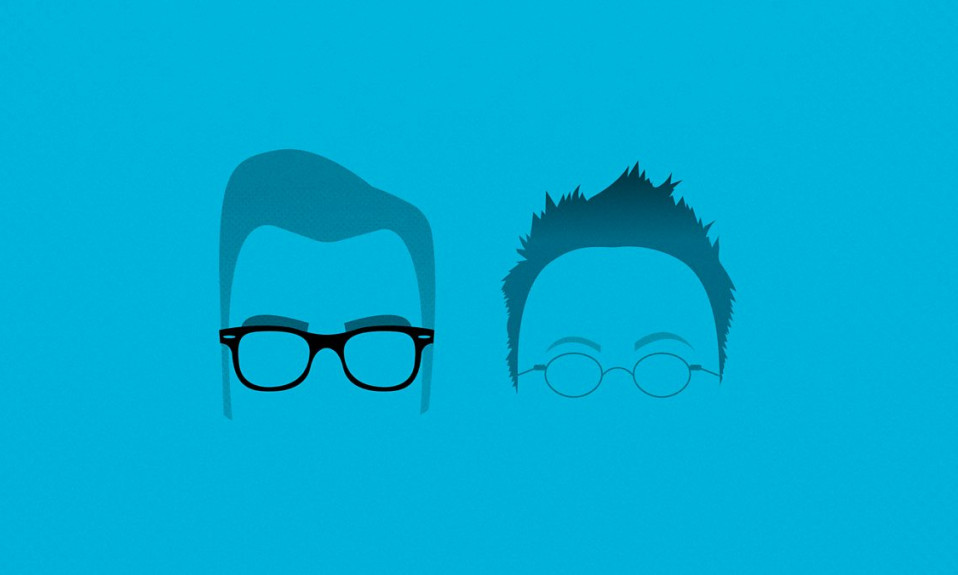 The End Of The Kermode & Mayo Film Review