It’s that time of the year again during which Christmas lights light up our streets, cosy Christmas markets pop up, and Mariah Carey’s All I Want For Christmas Is You plays on every radio station. It’s also the time we’re bombarded with those uplifting, cheesy and over-the-top Christmas films. Whether it’s classics such as Home Alone and Elf or more modern movies such as Love Actually and Carol, streaming services and cinemas are screening each one again. We understand that the last thing you’re waiting for is another cliché film preparing us for the 25th of December. However, bear with us because Spirited, the latest movie by director Sean Anders (Instant Family, Horrible Bosses 2), might be a Christmas film you’ll want to see.

What if Will Farrell interferes in Ryan Reynolds’ life?

Anders’ movie is a modern take on Charles Dickens’ A Christmas Carol, but with a beautiful twist. What if the Ghosts of Christmas Past, Present and Future would transform someone into a much better person every Christmas and not only once? The world would be so much better! For this Christmas, the Ghosts and their team found the perfect man: A hotel boss who treats his staff in the rudest way possible. However, before they start interfering in his life, the Ghost of Christmas Present (Will Ferrell) runs into a hotel guest, Clint Briggs (Ryan Reynolds). The businessman uses social media and his ability to swoon everyone over with his fancy words to profit from weaponizing the war on Christmas. This goes against everything the Ghosts stand for, and because of that, Briggs becomes their target.

Present discovers that Briggs has no sense of morality when infiltrating his life. Briggs doesn’t see how worn out his loyal assistant Kimberly (Octavia Spencer) is, and when his young niece Wren (Marlow Barkley) wants to become an important person at her school, he convinces her to play it dirty instead of fair. However, it turns out that this mission might not be an easy one at all for Present. Briggs is stubborn as hell, and Present falls for Kimberly and has to face his dark past. Will Briggs be the unredeemable who’s redeemable after all, and how will Present face his demons?

Go on a joyful, Christmassy and never-ending trip

What makes Spirited extremely enjoyable is the chemistry and performances of the leads. After appearing in Elf and Eurovision, a film that combines the Christmas spirit and musical numbers is right up Ferrell’s street. He leads this movie with such humour, sassiness and emotional touches so that you can connect instantly with the characters. Hollywood-favourite Reynolds (Free Guy, Deadpool 2) is again on-point as a cruel and macho businessman who lets no one or nothing stands in his way. He brings bags of humour, witty moments and even an uplifting vibe to this movie.

For us is Spencer (Snowpiercer, Ma) an actress who shines in every role she takes due to her impeccable talent and delicate performances. This time is no different. She took singing classes for this movie, and it paid off beautifully. Her lovely singing voice is a beautiful addition to her multi-layered performance, and she heightens that touching feeling of this movie immensely. Some cameos throughout this movie will put a smile on your face.

When watching Spirited, it’s clear that cinematographer Kramer Morgenthau (Thor: The Dark World, Creed II) understood the assignment perfectly. The combination of red-green is seen in every scene in one way or another; the tailing shots bring the songs and dance routines perfectly to life, and the wide shots add another beautiful layer to this movie. With music from The Greatest Showman and La La Land duo Benj Pasek and Justin Paul, it’s not surprising that the songs and dances are full of glitz and glamour.

Sadly, Spirited is not all fun-fun, joy-joy. Due to using the same songs, sung each time differently, the film becomes too repetitive to stay interesting for the 2h7min runtime. Another reason why we can’t give this movie the full five stars is the cheap-looking production design. Sometimes it feels like the musical numbers are sung in front of a green screen or on a cheap set. The songs would have had a much better impact if the director would have used actual physical spaces.

Not a classic Christmas film but a pretty damn good movie!

Whether you like this movie mostly depends on how much cheesiness you can take from a film. As long as you want to be carried away by sweet and predictable plots, uplifting songs, over-the-top choreography and outstanding acting performances, this is certainly a movie you will enjoy! While Spirited won’t become a classic Christmas film, it’s a pretty damn good movie!

Spirited is out now in UK cinemas and on Apple TV+.

Also Read: Who Did It Better: Miracle on 34th Street 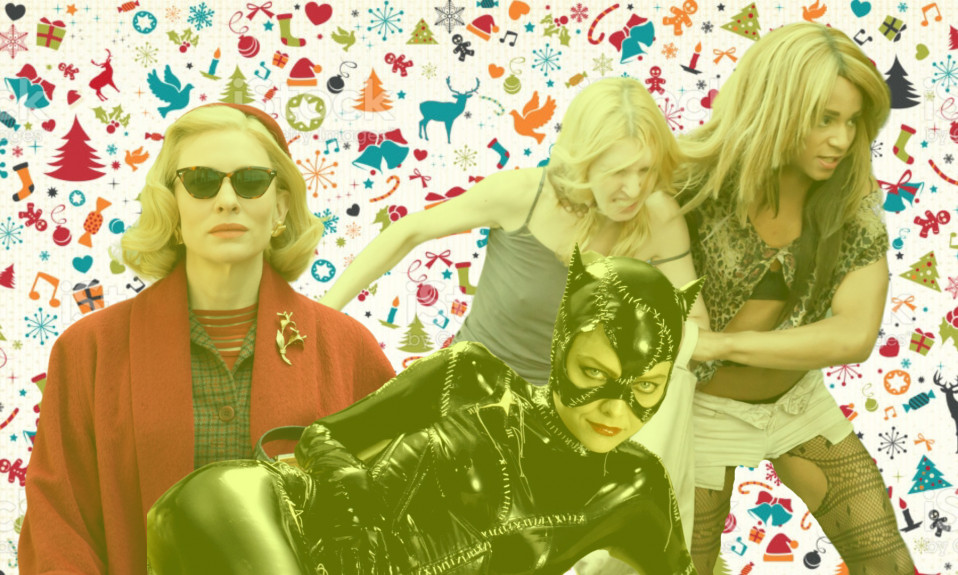