Musicals exist in this strange realm, akin to sci-fi and fantasy. They live in parallel universes, similar to our own, except a character can take five minutes and sing a power ballad bout how they’re feeling in that moment with a full orchestra playing somewhere off-screen

In 2017, pundits set their sights on La La Land, the little-jazz-musical-that-could, as taking Best Picture at the Oscars. Famously, that did not happen, but it marked a substantial cultural reawakening for the movie musical. The circus-based extravaganza The Greatest Showman followed a year later and, after a slow start, dominated at the box office, and its music infected the radio with remixes and covers. Then came Cats, inarguably a phenomenon from its first trailer, which arrived last December to a somewhat muted reception. Still, the derailing and strange spectacle that was Cats doesn’t change the fact that 2020 is expected to a pretty big year for the big ol’ thumping musical.

Musicals exist in this strange realm, akin to sci-fi and fantasy. They live in parallel universes, similar to our own, except a character can take five and sing a power ballad about how they’re feeling with a full orchestra playing somewhere off-screen. They appeal to our need to be heard, to process the complicated and confusing emotions we run through daily living in the modern world. It feels like 2020 might be when we need that escape the most.

Initially expected in June, In The Heights will likely arrive later this summer. The adaption of the Tony-winning musical, from Hamilton creator Lin Manuel Miranda, follows a group of characters in the predominantly Latinx community of Washington Heights, New York City. Things take an exciting turn when Usnavi (Anthony Ramos) sells a winning lottery ticket from his struggling bodega, meaning someone from that rundown section of Manhattan has won a whopping $96,000. The film, directed by John M. Chu (Crazy Rich Asians), looks like a colourful and vibrant visual feast full of optimism and is, potentially, tipped for Oscar glory.

Another Broadway adaption, this time for Netflix, comes in the form of The Prom. This star-studded story, directed by Glee’s Ryan Murphy, follows a self-involved Broadway actress (played by Meryl Streep) as she and gaggle of theatrical characters descend on a small town in Indiana where the school has cancelled their prom. Why? Because a female student has asked if she can bring her girlfriend and this rag-tag bunch of performers are looking for an ‘issue’ to solve. The original show wasn’t a massive hit during its initial Broadway run but seeing the likes of Streep alongside Nicole Kidman, Andrew Rannells, and Kerry Washington will likely be something that draws in a big audience. But, The Prom isn’t the only choice when it comes to queer-centric musicals expected this year as Billy Elliot meets RuPaul in Everybody’s Talking About Jamie which due this October. Richard E. Grant and Sharon Horgan join newcomer Max Harwood in this adaption of the Olivier nominated musical set in Sheffield the story follows a sixteen-year-old boy with aspirations to become a drag queen.

It’s also safe to assume we’ll see Leos Carax’s Annette on the film festival circuit this year (if they go ahead). The film, which finished shooting last year, has been in the works for a while with stars like Rooney Mara, Natalie Portman, Rhianna, and Michelle Williams all attached at some point before Oscar-winner Marion Cottillard joined Adam Driver for this Los Angeles set love story with original music from 70s alt-rock band Sparks. Described by Cottillard as having ‘profound depth’ and a ‘singularity’ to it, Annette is likely to be one of the stranger, yet like visually stunning and moving, musical offers of the year.

The last musical release of 2020 is likely to be a big one as a beloved classic returns to the screen after 60 years. Despite most of its promotional shots looking like they’ve been swiped from a Marks & Spencer catalogue, Steven Spielberg’s West Side Story remake is expected on December 18th. The story, a revised take on Romeo and Juliet, sees young love blossom at the centre of a gang war between the Jets and the Sharks. This remake aims to update the 1961 classic for today’s audiences though it’s unclear, outside of the casting actual Puerto Rican actors to play the Sharks, how it’s planning on doing that. From the on-set photographs and the new stills released in Vanity Fair last month, it looks as though the film is retaining the 1950s setting unlike the latest ‘millennial’ revival currently running on Broadway that does away with most of the iconic choreography (as well as two songs) and aims for a stronger political message adding Black Lives Matter and border walls into the mix. It may well go the route of the 2009 Broadway revival, a production saw Stephen Sondheim, the original lyricist, team up with Lin Manuel Miranda to translate some of the lyrics and the dialogue into Spanish for a more authentic feel. Still, it’s unclear if Spielberg’s remake, which explicitly sought Spanish speaking actors, is going to do the same. Whatever Spielberg does, will it be enough? Will any of these big, bold, musicals be enough? Will the singing and dancing be enough to raise our spirits?

It might seem facetious to ask what it is about our current times that is drawing us back towards the musical? The constant onslaught of politics, social issues, Brexit, division, COVID-19, and the rise of populism (to name a few) might mean that, globally, we are craving the escapism and magic that movie musicals bring. After all, it’s scientifically proven that music makes us feel better and who doesn’t need a pick me up in 2020?

Hell, even beyond 2020 we’ll be craving that hit of dopamine a big dance number brings. Thankfully, it was recently announced that Jake Gyllenhaal will star in an adaption of Fun Home, the award-winning musical based on Alison Bechdel’s seminal graphic novel, while Scarlett Johansson and Taron Egerton are supposedly circling a Little Shop of Horrors remake but that casting has already been criticised. There’s still a long-awaited adaption of Wicked in the works and, of course, the much talked about Hamilton movie will eventually make its way to the screen. By the looks of it, we’ll have the movie musical to escape into for a few years yet. Fingers crossed.

Once, the musical was once the toast of Hollywood, almost like comic-book movies are today, and now it’s safe to say they’re less bankable. But, it’s still here. It’s fighting, with every jazz hand and Fosse neck it can, to stick around and we need it. In the face of it all, we need the singing, the dancing, and the joy. We need the escape, to find a place that isn’t like our modern times, one where emotion is made sense of through song. To quote one of the aforementioned musicals, we hope that ‘peace and quiet and open-air / wait for us somewhere’ but until then, let the musicals whisk us away. God knows we need it.

Also Read: How The Coronavirus has Affected The Film Industry

2020In The HeightsMusicalWest Side Story 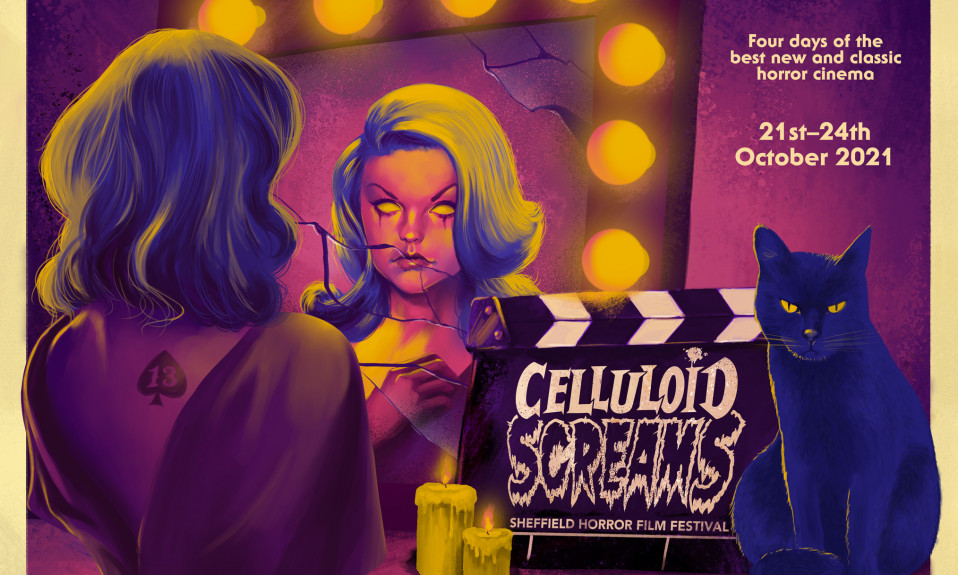 What to Watch When Cinemas Reopen