In 2021, the name Bong-Joon Ho is a much more recognisable one than it was in 2013. The South Korean director’s several Oscar wins for 2019’s Parasite saw him gain international success. Although his films had often received critical praise, they rarely made it to the UK. Of all his films, Snowpiercer had the most difficult road to a UK release. While a limited release was planned in the US and UK, it eventually only got a handful in the US, due to disagreements with Harvey Weinstein, before finally getting a wide international release online (although a DVD was still really difficult to get hold of for years)

So, a few years on from it’s orginal release, is it a little seen masterpeice? Or is was there a reason most people never saw it?

“From here to the front of the train”

Based on the French graphic novel Le Transperceneige, the film is set several years after humanity’s failed attempt to combat climate change. The world has frozen over, and the last remnants of humanity live on a train that travels around the world once a year. The train is also a class ladder, with rich people at the front, and the poor at the back. Curtis (Chris Evans) tired of the conditions he and his friends are forced to live in, plots a revolution to take over the train by getting to the front.

While the premise itself is fairly simple, things quickly become more complicated and surreal, as they progress through the train. Cultures clash, with every carriage presenting its own unique challenge or having its own function. The change between carriages makes every new scene exciting, especially as they get weirder towards the front. It leads to some real suspense every time the group enters a carriage. It’s almost more distressing when the surroundings seem normal, as you wait for something to happen.

Bong’s weird sense of humour is on full display here. It’s a very bleak film. Both in themes and how it’s shot, so the surreal humour is welcomed. If anything it serves to show the differences between the classes. The back sections are dark and claustrophobic, while the front sections are spacious and full of warm colours.

Despite being the director’s first English language film, the cast is very impressive. Chris Evans manages to play a very different hero from Captain America, while Jamie Bell is charming as his right-hand man Edgar. The late John Hurt brings gravitas to a mentor long past his prime. Octavia Spencer is almost unrecognisable as a mother who joins the revolution. Tilda Swinton is excellent as always, while Ed Harris plays Wilford, the trains mysterious engineer.

Kang Ho-Song, who has worked on most of Bong’s films also features, alongside Ko Asung. Once again playing Father and Daughter after working on The Host, but once again very different characters. While the latter speaks English, having grown up on the train, her father doesn’t and must use a translator. This does lead to issues where he is unable to communicate effectively with others, and during a crucial part in the story, some important information has to be told through other means. It’s an interesting wrinkle and one that makes you rethink his character.

In fact, most of the characters undergo a re-examination during the film. While on the surface things seem fairly simple, during the course of the film, motives or methods may change your opinions of a character. While this does have a slight downside of some feeling less developed at the beginning, it makes subsequent viewings very different. To say more would be a spoiler and it’s something you’re better off experiencing for yourself.

While not the director’s best work, it’s by no means his worst. Showcasing what he can do with a bigger budget and what the cast can do with different roles. It’s a film that, like a runaway train, barely slows down once it starts. Full of literal class warfare, Bong-Joon Ho manages to elevate what could have been a generic action flick into an interesting film that plays against expectations and offers food for thought. Speaking of food, there is an excellent fan theory that it’s a sequel to Willy Wonka. 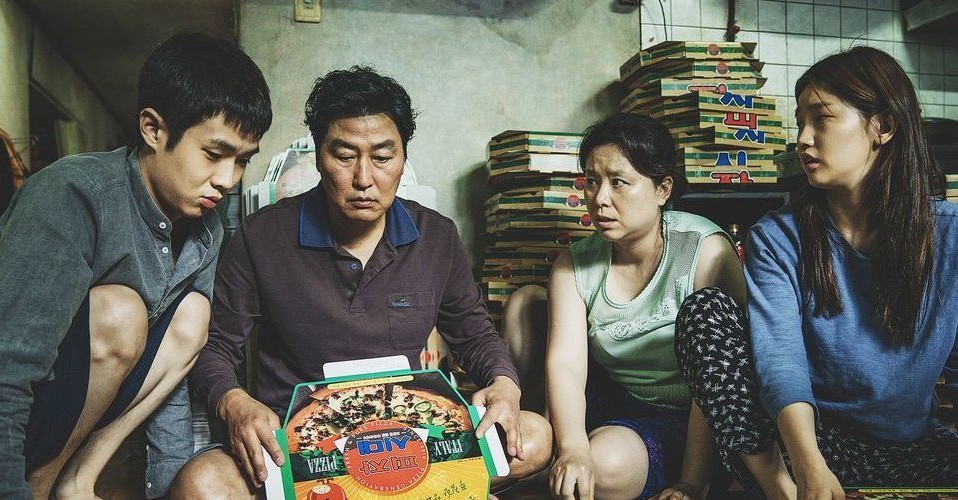 Parasite and Foreign Language Films in the UK