While the original film was directed by Bernard Rose, upcoming director Nia DaCosta (Crossing the Line) is now taking on the famous story. Together with co-writers Jordan Peele (Get Out, Us) and Win Rosenfeld and an incredibly talented cast and crew, she’s bringing Cabrini-Green’s bogeyman to the big screen again. But were these 29 years’ worth the wait? You bet they were!

Anthony McCoy (Yahya Abdul-Mateen II) lives with his girlfriend Brianna (Teyonah Parris) in Chicago, and both are extremely passionate about art. She’s an art curator, and he’s a painter trying to make a name for himself. However, while his work about gentrification shows a lot of creativity, passion and authenticity (or at least according to us), the critics and gallery owners aren’t fond of his work. To please them, Anthony is using the Cabrini-Green housing project as his next inspiration. Sadly, those now-abandoned buildings have more secrets than he could have imagined. He meets William Burke (Colman Domingo) during his observation, who tells him about the famous killer ‘Candyman’, who saw death and destruction in the ‘90 with his hook.

Anthony is instantly captivated by this legend. He doesn’t only use it as a source of inspiration, but he also does what he shouldn’t do—saying Candyman five times while looking in the mirror. As anyone knows, with this act, you summon the killer. Soon, the art world is being struck by unexplainable deaths, which has an odd positive impact on McCoy’s success. The more deaths occur, the more successful McCoy becomes and the more he gets sucked into the Candyman story to the point his passion for it becomes an obsession…

Those who have seen the first two movies will notice that the protagonist in this film has changed. Instead of a white woman, it’s now a black man analyzing the Black legend. However, the original topics such as race, community, gentrification and police brutality are still present. Despite the slight change in the protagonist, DaCosta’s approach has definitely taken the Candyman story and this movie to a whole new level.

First of all, because she allows stunning new talent to shine. Yahya Abdul-Mateen II (Aquaman) puts on a terrific and authentic performance. He brings real emotions to the screen, thanks to which the story is more alive than ever. Parris (If Beale Street Could Talk, Where Children Play) does an impeccable job, too, as the compassionate and headstrong woman. While she delivers every line with a lot of power, she excels by showing her characters’ emotions through facial expressions. We can’t wait to see what her next collaboration (The Marvels) with DaCosta will bring.

The supporting actors are definitely also ones to watch (even more). Domingo (Zola, Ma Rainey’s Black Bottom) his performance is certainly a strong one we will never forget. There’s also some lightness in the film thanks to the fun and cheerful performance by Nathan Stewart-Jarrett (The Kid Who Would Be King, Benjamin) as Brianna’s brother.

A horror movie wouldn’t be a horror movie without jump scares, gore scenes and unnerving moments. When it comes to jump scares, Candyman is a little bit of a let-down. You know that if people say Candyman five times in the mirror that something terrible will happen, so the element of surprise isn’t just fully effective anymore. However, there’s an abundance of gore and nerve-racking moments. Those are mainly because of the stunningly shot scenes and the stunning makeup effects.

Not only the use of mirrors is terrific but also the use of music. Music is undoubtedly vital to the Candyman movies, and it’s not different this time. Every non-dialogue scene is full of music that gives this movie a modern, horror, and captivating vibe.

Making a sequel is never easy, especially not when you didn’t write or direct the first movie. However, DaCosta takes on that difficult job with a lot of grace and dignity. Together with an exceptional cast, she creates stunningly looking shots. These scenes will make you cringe in a very way, though and overall, an extremely stylish, ambitious and exciting horror sequel.

Candyman is out now in U.K. cinemas

Also Read: What Happens To Your Brain Watching A Horror Movie? 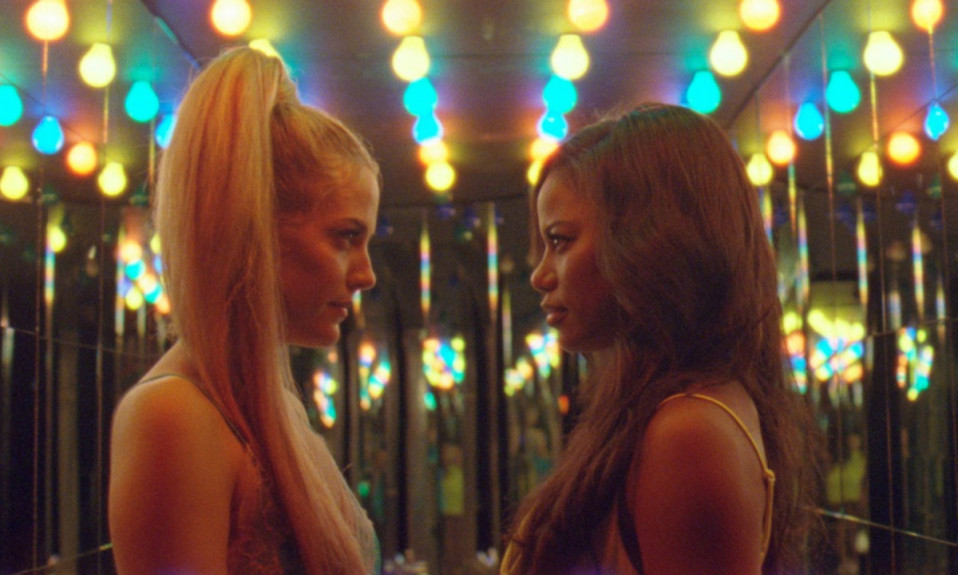