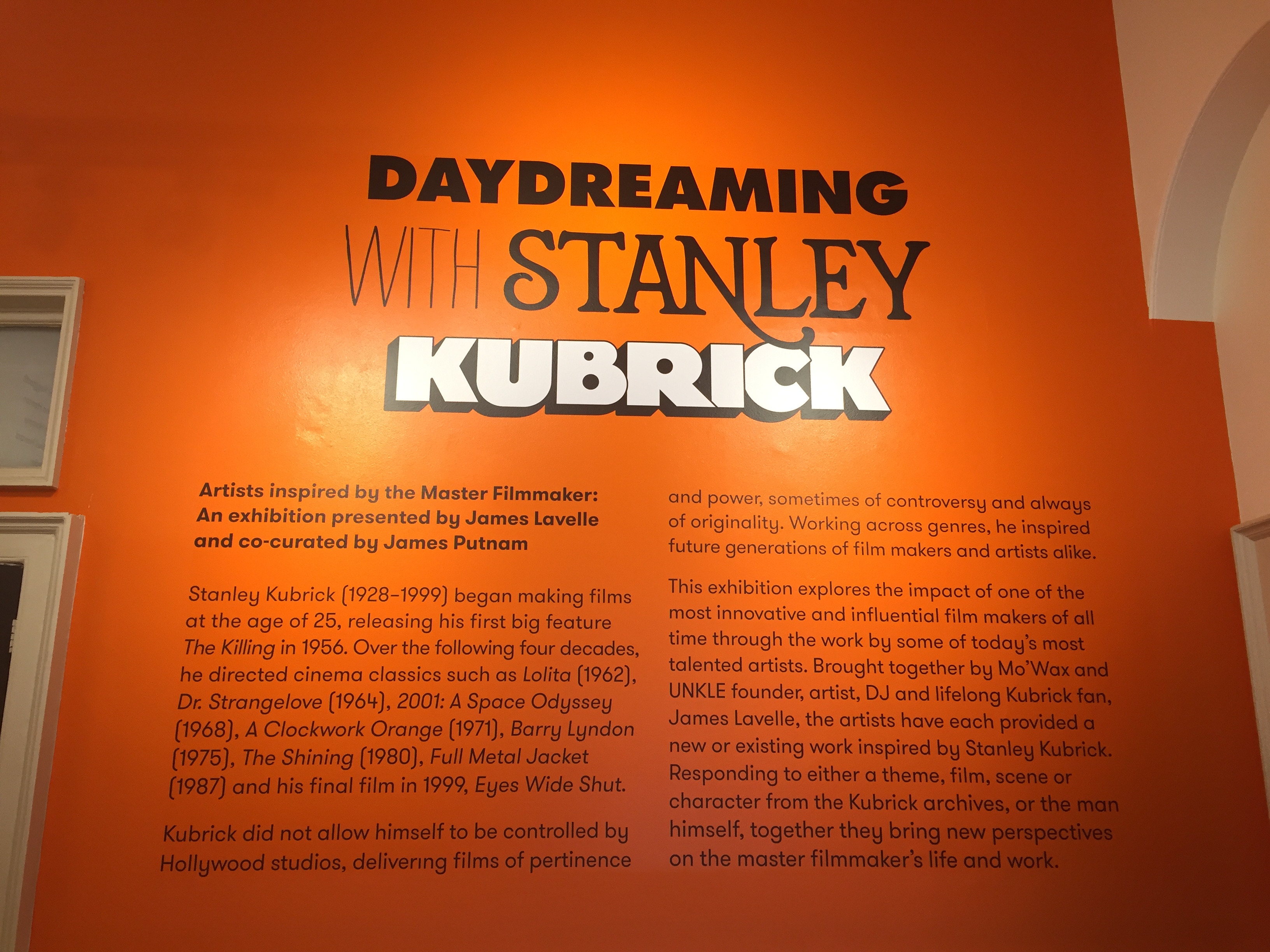 Big Picture Film Club took a trip to one of the most talked about art exhibitions this summer: Daydreaming With Stanley Kubrick, held at London’s Somerset House. The exhibition featured a variety of paintings, installations, videos, and sculptures inspired by the late cinematic genius Stanley Kubrick. Much like Quentin Tarantino, George Lucas & Ridley Scott after him, Stanley Kubrick’s impressive body of work has given him a cult-like following, particularly after his death in 1999.

Curator, James Lavelle, has done an excellent job in putting together this mix-media exhibition. The 45 works on display flow effortlessly together and make for a seamless and captivating experience. While there were many great pieces of work on display, in no particular order here are some of our favourites from the exhibition:

This piece was distinct, in that it references current social commentary of civil unrest, as opposed to directly taking from Kubrick’s films. However, the intricate use of colour in this piece was inspired by the work of Kubrick. 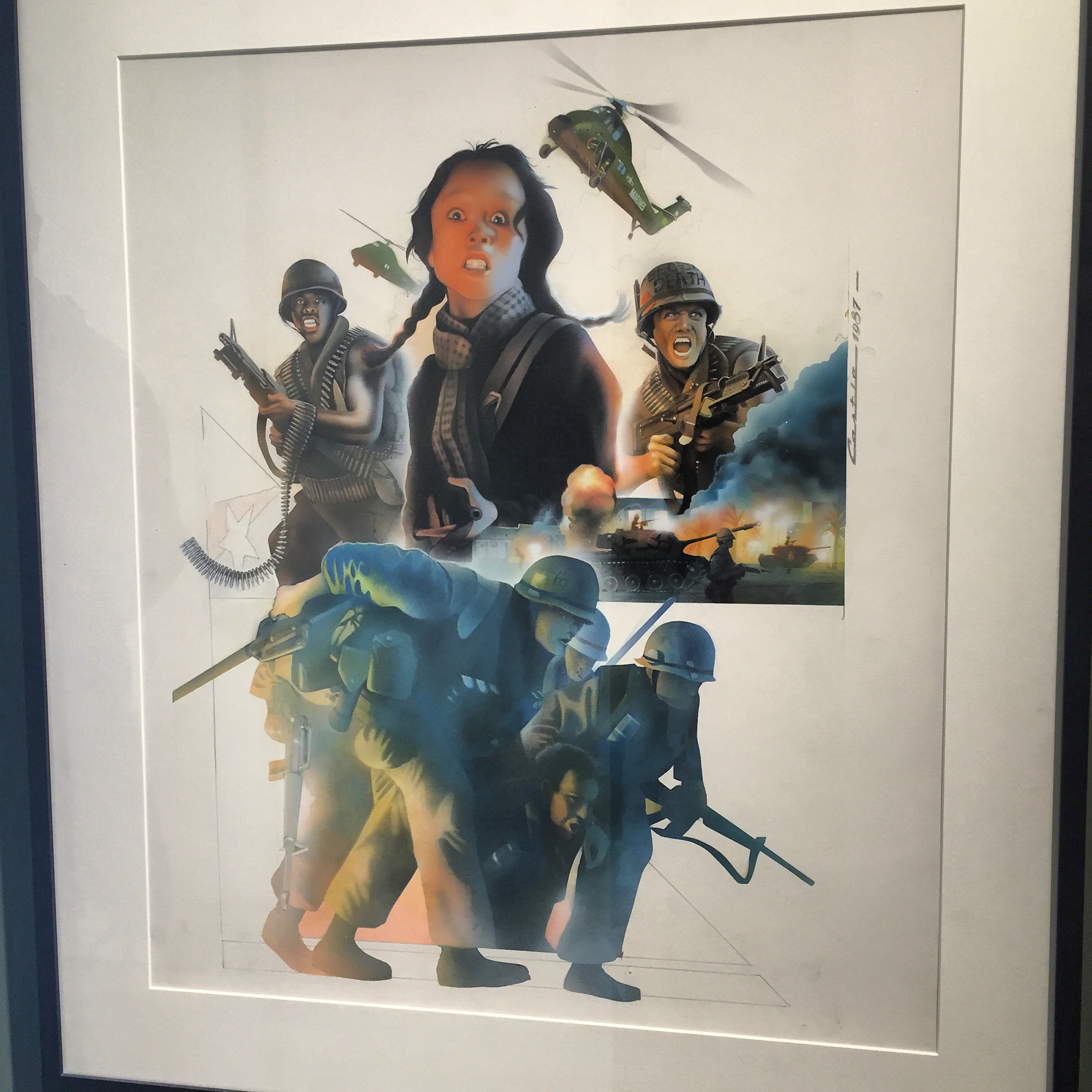 Bangalter, one half of electronic duo Daft Punk, exemplifies what Kubric’s work is about with his simple, yet powerful video piece. The slow-mo clip features a person walking calmly through a pitch darkness engulfed in flames – the fire providing the only source of light, illuminating the ground below. 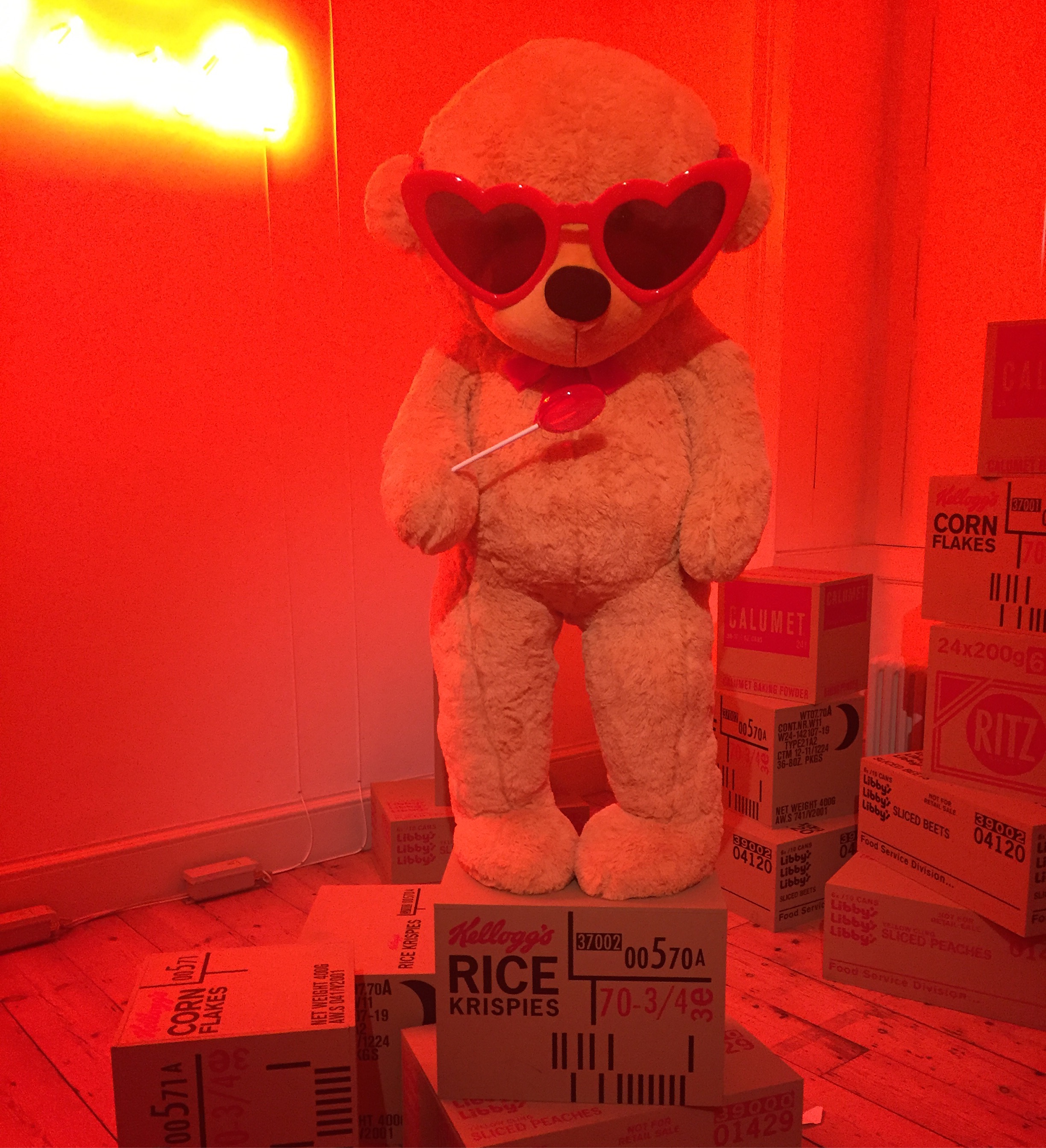 Norbet created a 360° virtual reality recreation of the Discovery One space. Breath taking in its redesign, fans of 2001: A Space Odyssey will feel as if they have been dropped right into the movie. Definitely one of the key highlights of the exhibition! 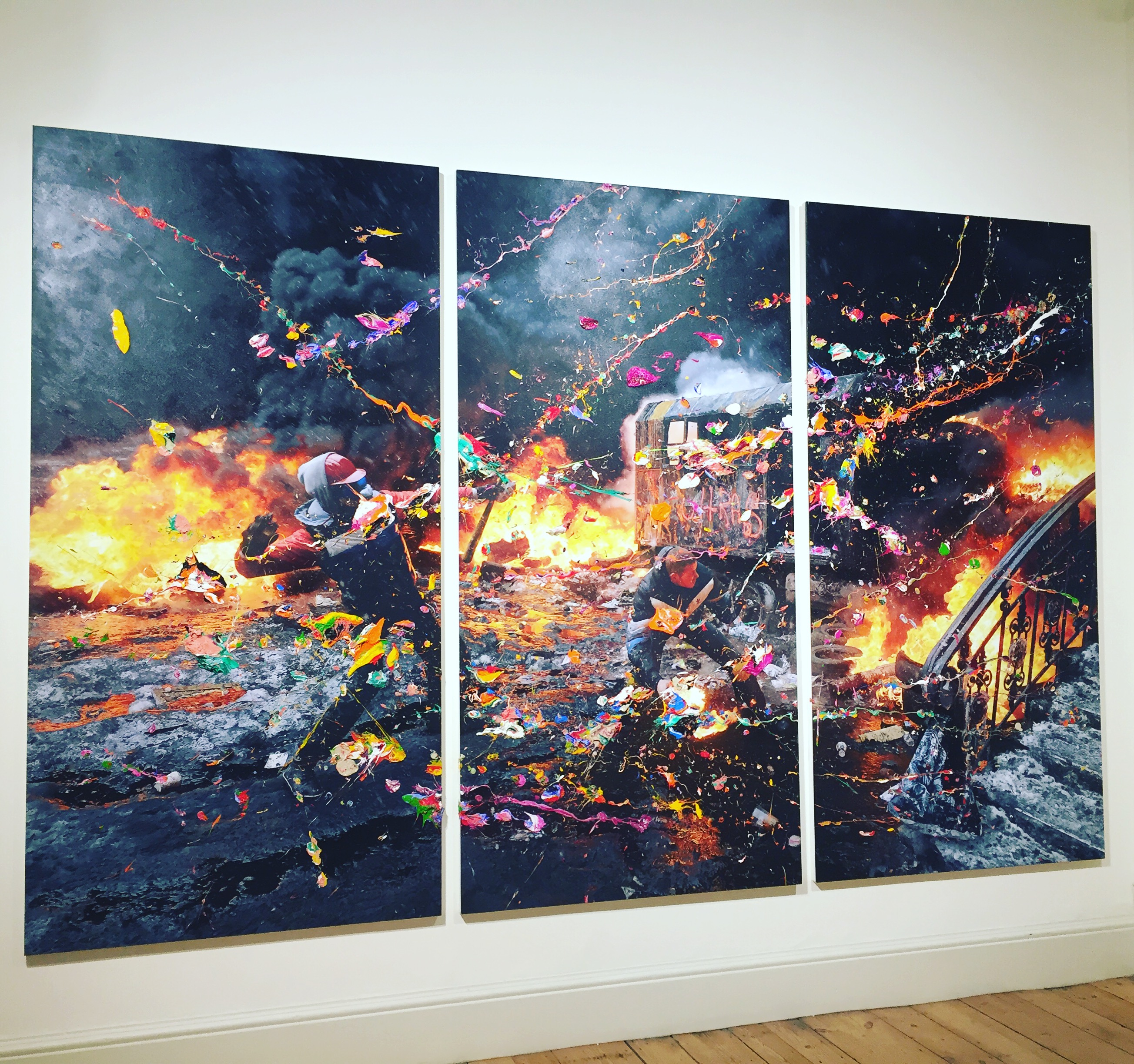 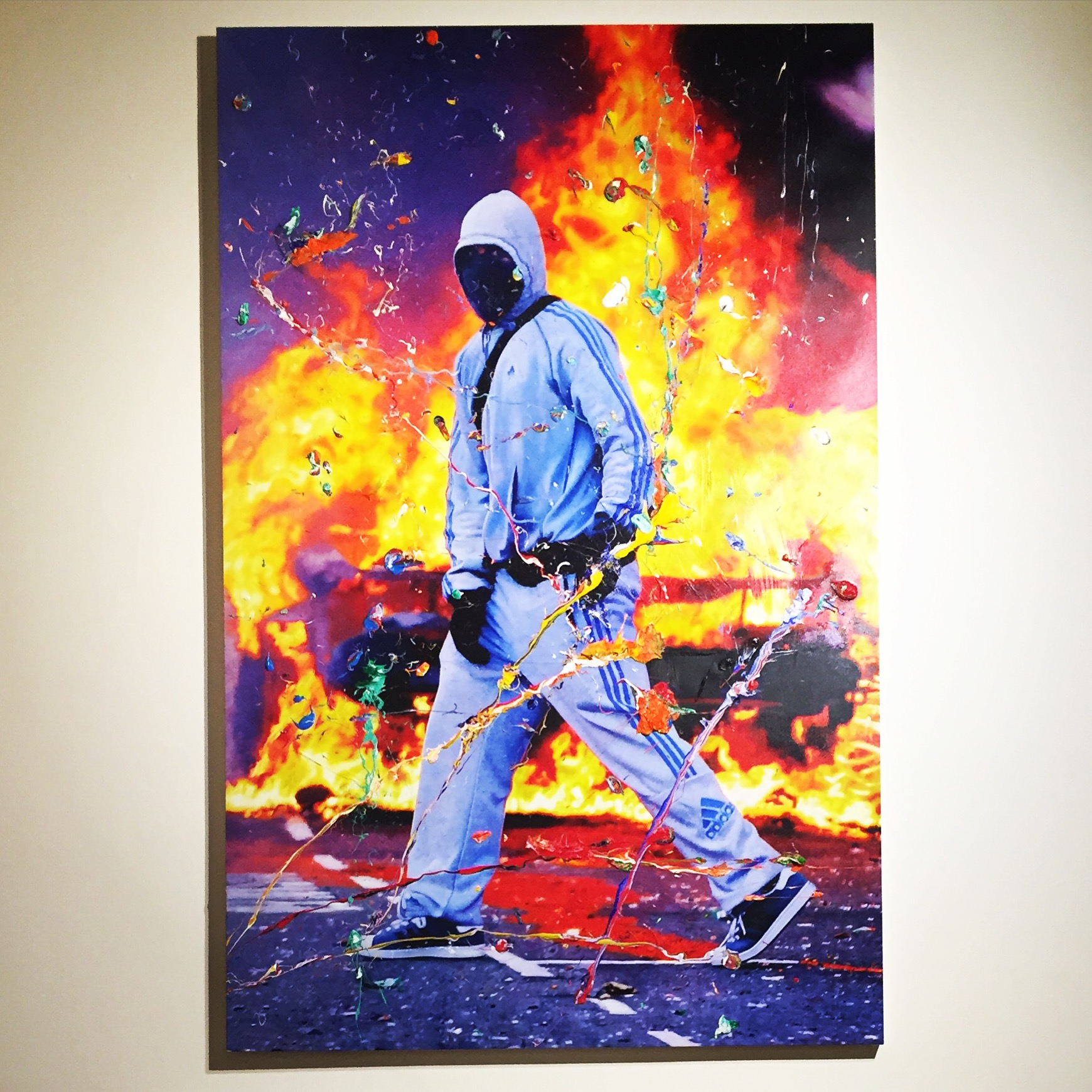 Quinn draws from media reportage of social unrest, amplifying the sense of violence and unease with the contrasting use of colour.

8) The Shining Carpet, by Adam Broomberg and Oliver Chanarin 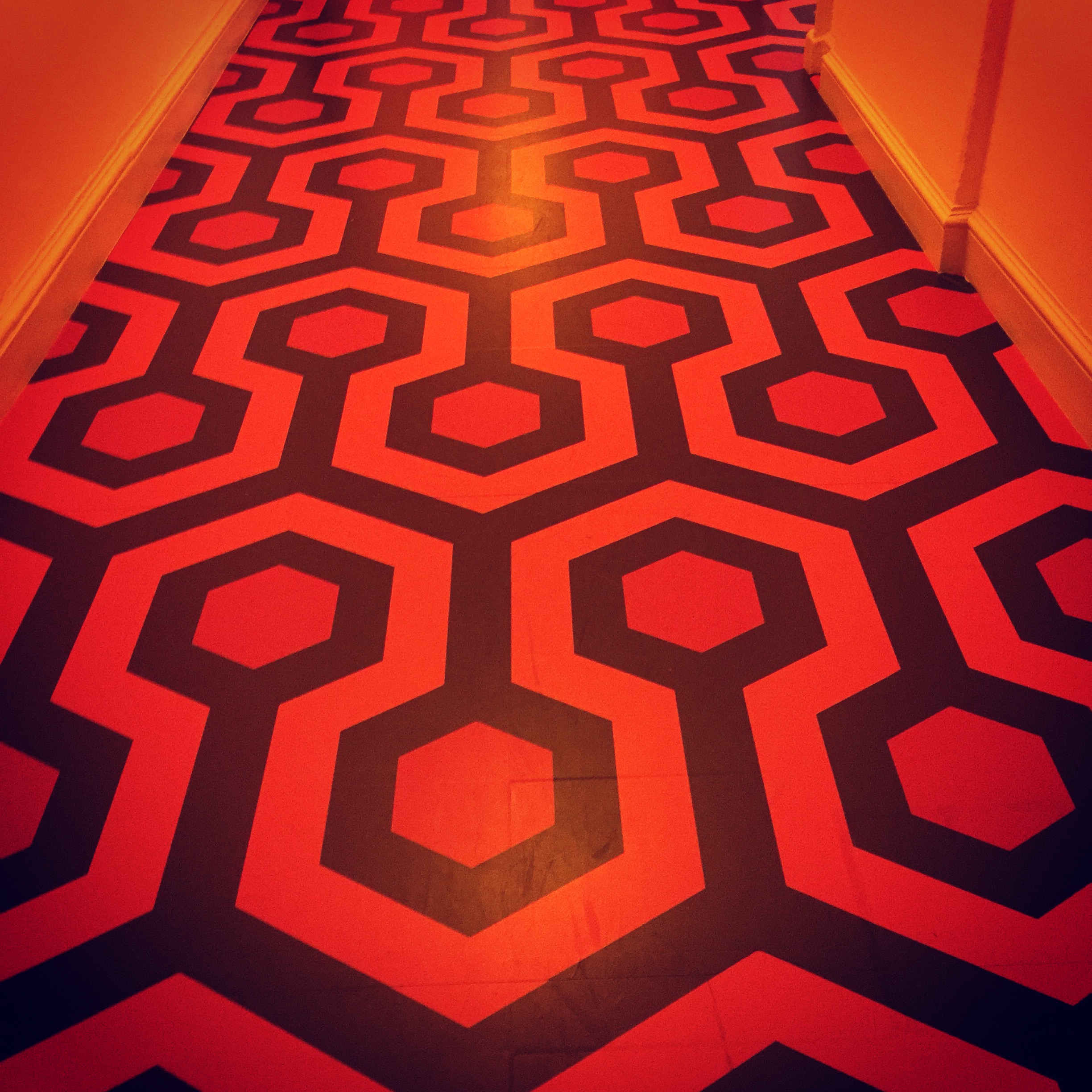 Immediately recognisable, no Kubrick exhibition would be complete without the iconic print carpet from the Overlook Hotel. The print continues to inspire artists of all mediums. 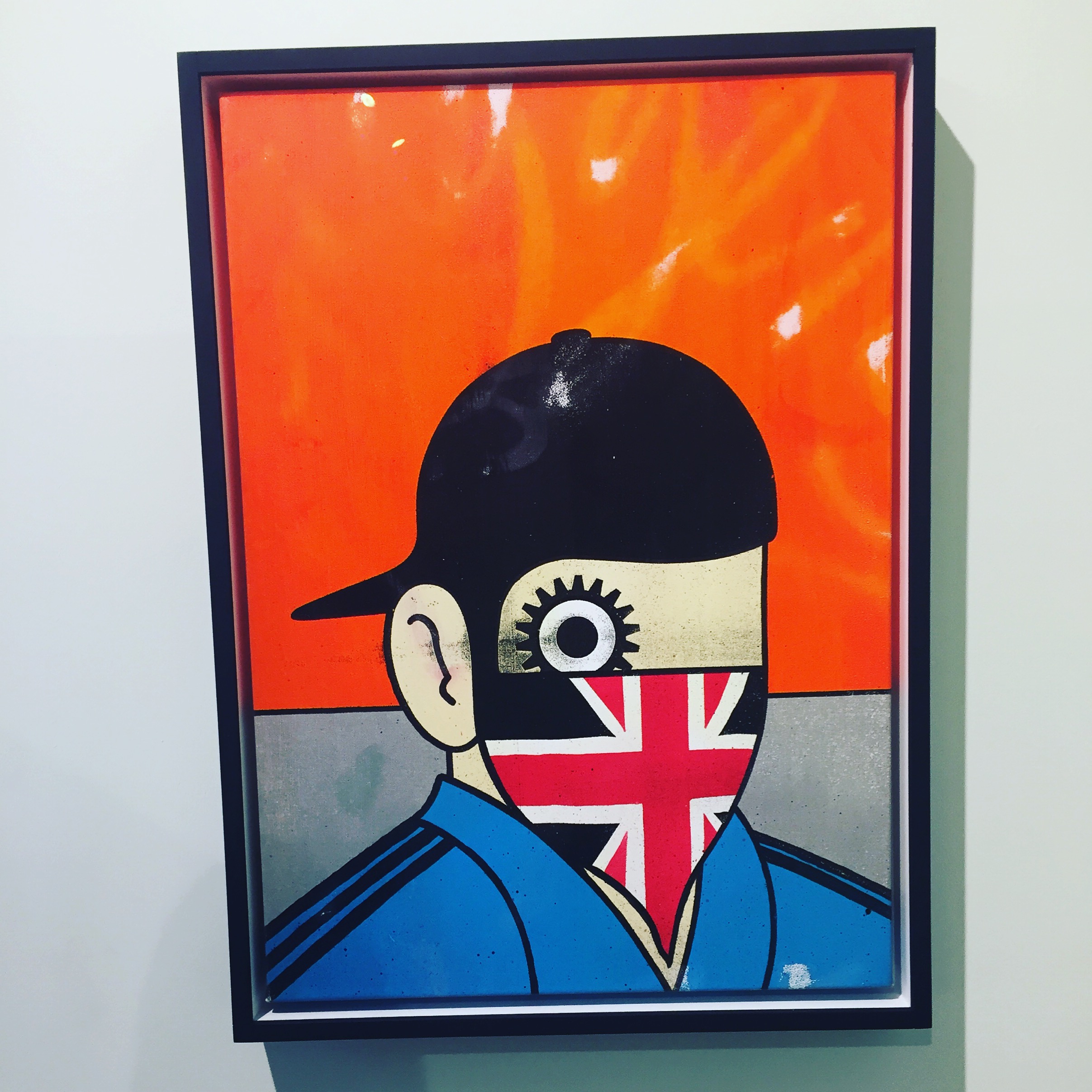 Famous for his street art, Insect alludes to violence and the alienated youth in A Clockwork Orange by fusing 60s pop art and contemporary street art with the use of bold colours and the Union Jack motif. 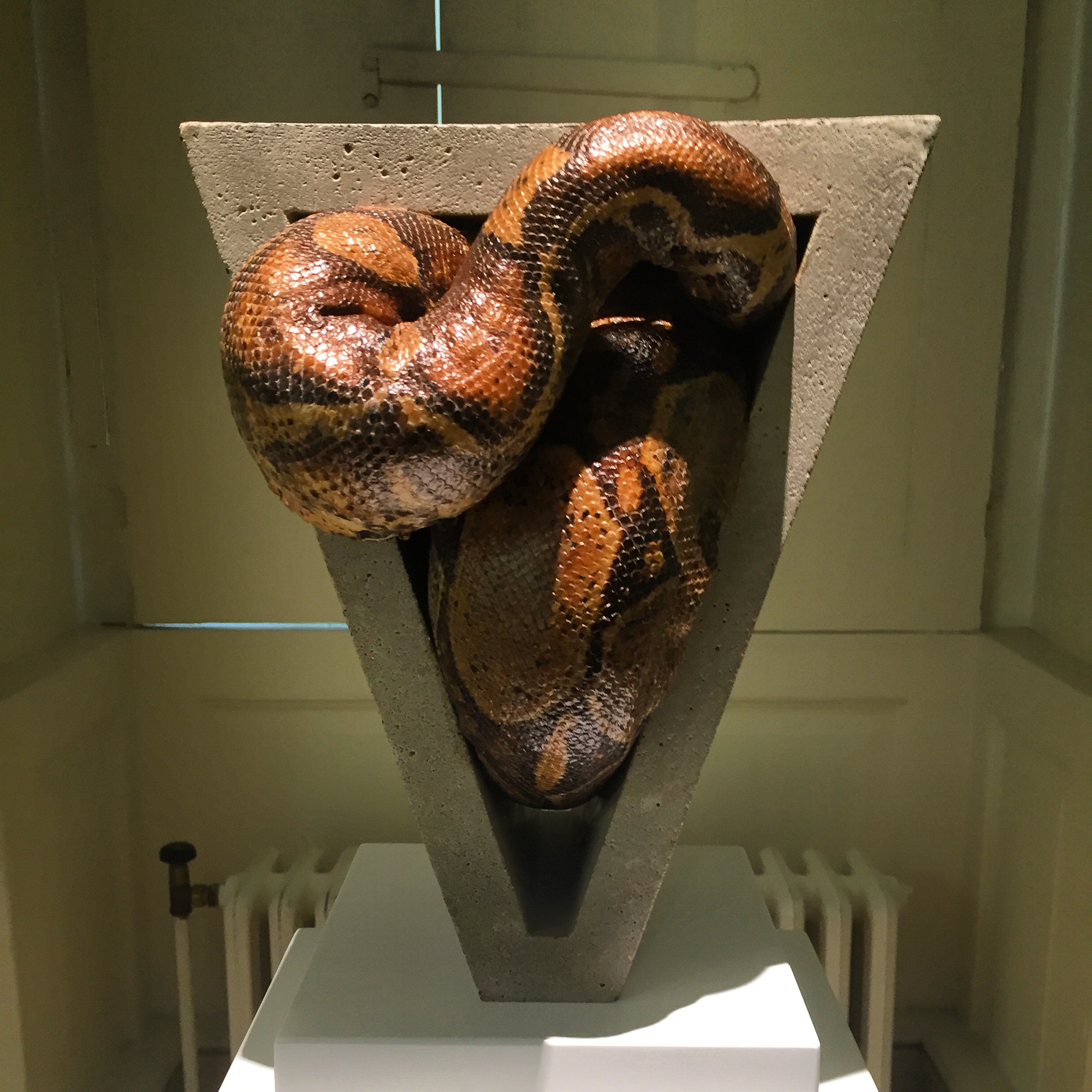 Morgan explicitly exhibits the implicit sexual imagery we see from Alex and his Droogs in A Clockwork Orange. The downward pointing triangle is traditionally referred to as the chalice, symbolising the flow of water, the grace of heaven, and the womb – an ancient symbol of female divinity. Seeing this stuffed uncomfortably with a serpent, provokes very real feelings of disturbance just as when we watched those awful scenes in the film itself. 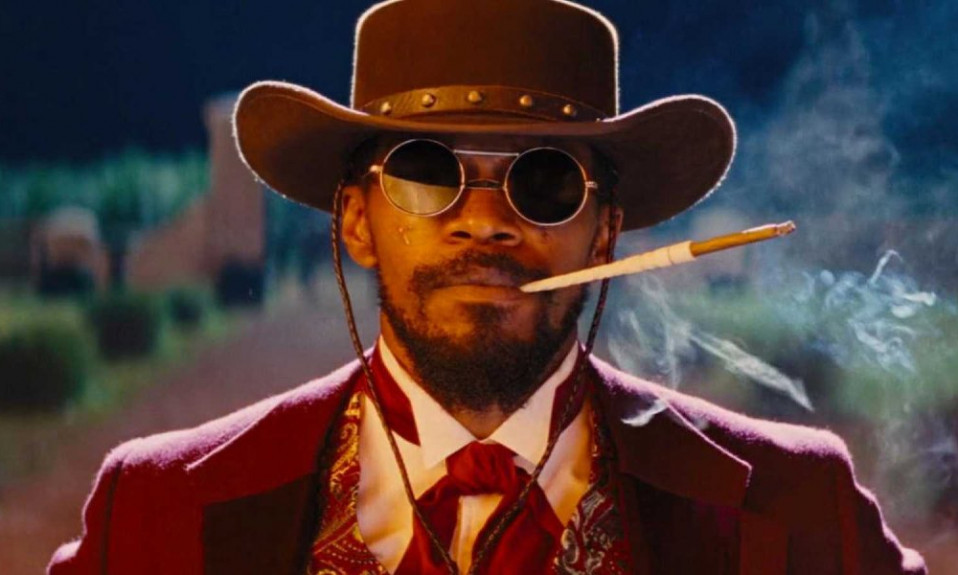