Although funding from arts organisations within the U.K has reduced in recent years this hasn’t stopped an emergence of filmmaking creatives within the U.K self-funding their own projects and utilising available self-distribution platforms to release their work.

Producer, actor & director, Anthony Vander, is the founder of Distortion Entertainment. The London-based production company is among. Fresh off the back of releasing Season 1 of his web series Housemates, we caught up with Anthony as he gears up to release his debut feature-length film.

Big Picture Film Club: Creatively, how do you juggle being a writer, director and an actor on your projects?

Anthony Vander: It took some while getting used to. I’m still a work in progress in all those fields. I would say find a collaborative team of people who are as passionate about your vision as you are.

BPFC: With the success of internet web-series’ like Venus vs Mars, Brothers With No Game and more recently Dreaming Whilst Black, self-funded web series’ about different aspects of black British life have grown increasingly popular and have found a dedicated audience – what do you attribute this success to?

AV: The biggest attribution to this success would be content and representation. All the shows that you mentioned are of high-quality. They tell a story which is relatable and for the most part not always being shown on television screens this side of the pond. I also think one of the aspects of this success would be accessibility. YouTube and other VOD’s is the new TV. Most people watch YouTube more than they watch television.

BPFC: How has the reaction been to the Housemates web series, since it’s release in June?

AV: The reaction has been fantastic. I’m very humbled not only to the cast and crew but also to people who have given their time to watch our show. I’ve received a lot of positive feedback and also questions with regards to season two.

AV: I’m playing around with a few ideas. Filmmakers on our shores (such as RM Moses, Sebastian Thiel, Monet Morgan to name a few) provided much inspiration for season one and their content continues to do so. It could possibly take place over a single day but nothing has been set in stone yet. Once we look at the character’s arch and explore lineage then we can start thinking about duration and setting.

BPFC: The film industry is going through a period of rapid change: from sources of funding to available distribution platforms. What are your current thoughts on the state of the UK film industry?

AV: I feel the UK film industry is on the rise. We have a lot of prolific filmmakers young and old. Like anything I always feel that there is room for progression especially within the UK film industry. The rapid change is one of ownership, which I believe is in the hands of the artist. A major key is not to seek validation but rather create and build your own vision. I learnt about the industry on the job. I went to acting school, not film school. I feel the funding is there but its accessibility is another factor altogether.

BPFC: You’ve just wrapped up your debut feature-length film: Scales. Can you tell us a bit about the film and How did it come together? When will Scales be released?

AV: Scales is a tense, claustrophobic drama that spends one evening with four characters, who are trapped in a combustible boiling pot of an apartment.

I always loved the idea of a single location film. Not just for budget reasons but the fact that we could create character-driven stories. When I approached Joe he was very excited about the possibilities and began writing. We managed to find an incredible director in Nathan Hannawin who took the film to a whole new level. We are currently doing the festival circuit then the film will have limited theatrical release during mid-2019.

BPFC: What other projects can we expect from Distortion Entertainment?

AV: I’m currently working on a short film Spar, which focuses on the challenges of female boxing and the overcoming of adversity. I have a few other ideas for other shorts. I also a feature film called The Tutor which I have in development, so hopefully, we get that made. 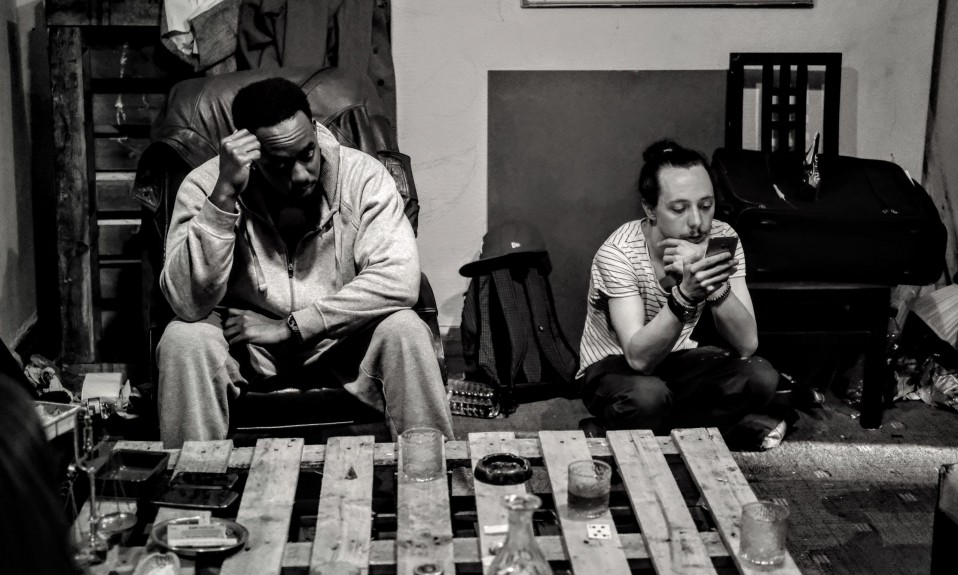