Sorry To Bother You is a comedic over-the-top portrayal of a slightly different America and the scary places the pursuit of success and money can take you.﻿

Sorry To Bother You is a comedic over-the-top portrayal of a slightly different America and the scary places the pursuit of success and money can take you.

Cassius Green is a man down on his luck, living in his uncle’s garage and unemployed. In fact, it seems like most of America is rather down on its luck. Cassius manages to get a job as a telemarketer and following a colleague’s advice, starts talking to customers using his “white voice”. Cassius and his colleague are black and sound black to the customers. Using this voice Cassius is a huge success and is quickly promoted to “power caller” where he sells very different products. The problem being that not only are these different products but they are morally dubious at best. The more successful Cassius becomes the less ethical the products become, leading to truly unbelievable moral dilemmas.

There are several minor plots that mirror Cassius’s struggles. His activist girlfriend, Detroit, has an upcoming art show and considering she makes earrings that are just the words “murder” and “kill” it is sure to be a shocking show. Then there is the fight to unionise the telemarketers to improve pay and conditions which the authorities are absolutely okay in using violence to settle. Finally, there is the ever-present company WorryFree, seen on television, billboards and more. WorryFree offers shelter and food in return for a lifetime contract which sounds disconcertingly like slavery to many people.

Sorry To Bother You is the directorial debut of Boots Riley (he is also the screenwriter), best known as a rapper as part of The Coup and Street Sweeper Social Club. I would never have guessed it was someone’s first film and there is a clear vision and purpose with Riley tells a strong story.

The film has a big cast and stars Lakeith Stanfield as Cassius Green who gives a great performance. At the beginning of the film he is very much a man beaten down by life and for the first third of the film he is always walking with a slump and looking down at the ground. When he becomes successful a very different side is shown and gives a realistic portrayal of a man struggling with his principles. David Cross provides the “white voice” of Cassius, with Patton Oswalt doing the same for another character and both sound rightly non-threatening and bland. Tessa Thompson is great as Detroit, Cassisus’ girlfriend who often acts as his conscience. Armie Hammer plays a very believable scumbag billionaire entrepreneur, Steve Lift, owner of WorryFree, turning unspeakable crimes into more palatable PR-approved concepts that will benefit everyone.

The film is very funny and enjoyable. Riley makes interesting points about racism and class struggle in America and beyond. The final third of the film makes a big jump into more extreme situations that some people may simply find too unbelievable but undeniably most of the film is utterly fantastic. The more I have thought of the film the more the ending has bothered me perhaps the sheer oddness undercutting the serious messages in the film.

Cassius internal moral arguments are brilliantly realised and his motives are clear. He was never trying to be rich but only wanted to support himself and those close to him. Cassius’ decisions are very relatable especially when confronted with more extreme choices.

Riley handles the issues around “white voice” excellently. It is pointed out by one character that the voice is not just an impression of a white person’s voice, but how white people would like to see themselves – sorted out, together and there is an implication that none of the white customers would think this applied to Cassius. When Cassius uses this voice at the lower levels of the company few people question what he is doing, perhaps because he was on the very brink. As he becomes increasingly successful the people close to him are less comfortable with it. There are accusations of “selling out” not just because of using this voice but also the work he is doing is betraying those around him and what he used to believe in. There is another black power caller who uses the “white voice” and even Detroit uses a different voice at her art show – her “White British Voice” – which presumably helps her sell her art. It would be interesting to see how other power callers who were white spoke, does everyone need to put on some sort of character to be successful?

WorryFree is scarily believable and for the most part feels only a few steps away from real companies. Sadly, as are the economic hardship endured by many of the characters and thus making WorryFree the only alternative to homelessness. These problems are not just limited to ethnic minorities but show how all groups in society are struggling and sometimes the divide portrayed in the film wasn’t white people and black people but the rich and everyone else. That said, there are moments in the film that speak purely to issues of race, most – but by no means all – of the rich people are white and Cassius is expected to regale them with stories of Oakland’s gang shootings and rap for them.

On the whole, the film is great and gives the viewer a lot to think about. There are problems with the plot as it goes along and I’m sure some people will simply not be able to accept it for being too outlandish. The film reminded me a lot of Black Mirror or The Twilight Zone on a more cinematic scale, a world very much like ours but pushed to be a bit more extreme, like many episodes of these shows the concept and setup of the story fantastic with the ending being somewhat unsatisfactory.

Boots RileyclassracismSorry To Bother You 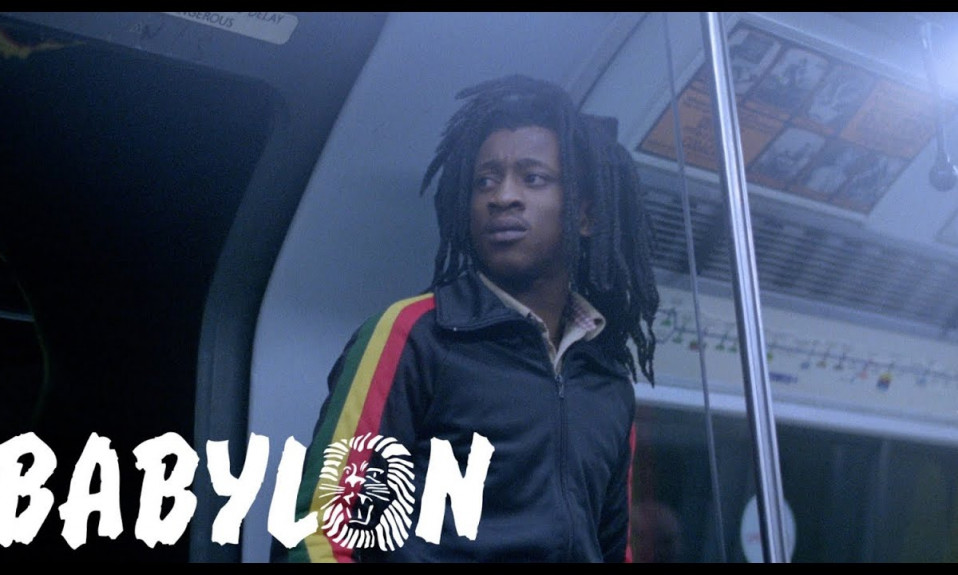