When hearing the words ‘colour out of space’, which colour comes to mind? Flashy green, dark blue, or darkish grey? Well, some of us don’t even think about a colour. No, all we can think of is the short story by H.P. Lovecraft named The Colour Out of Space. Now that epic sci-fi story is coming to life thanks to writer/director Richard Stanley (Hardware).

Is it just a colour?

In Color Out of Space, we get to meet the Gardner family. Nathan (Nicolas Cage) is the typical father who takes good care of his children, his lovely wife Theresa (Joely Richardson) and his alpacas (yep, you read this correctly). Despite her illness, Theresa is always there for her work and family. Their three kids couldn’t have been more different from each other. Benny (Brendan Meyer) is the quiet teenager who, despite loving drugs, does everything to please his parents. Lavinia (Madeleine Arthur) is the bad-mouthed daughter who’s into witchcraft and dark spells. The youngest son Jack (Julian Hilliard) is just so cute and innocent, especially with his dinosaur stuffed animal.

Nothing seems to be out of the ordinary but their world will be rocked when a mysterious rock out of space falls on their land. It doesn’t only bring an immense bang with it but also a colour that ‘no one has ever seen before’. At first, it doesn’t have to a massive impact but slowly after that, the Gardners start to experience ever-more bizarre events: Lightning storms that come out of nowhere, huge fuchsia-like plants that popped up overnight, a terrible aroma only Nathan can smell and a voice that only Jack can here. It becomes even worse when also their animals start to act strangely. No one ever came in contact with ‘that thing out of space’ but how is it changing them then? Is it the static, water, nature or something unexplainable?

Enormous talent in front and behind the camera

If you’ve read the story, then you know the answer to that lingering question. However, even if you do know, Color Out of Space will captivate you from start to finish.

The biggest element that makes sure of that, is the amazing cast. Cage (Mandy) is just phenomenal as he brings his most intriguing, exhilaration and multi-layered performance in years. One moment, he’s portraying the loving father charmingly and tenderly while a brief moment later, he’s furiously lashing out mysteriously at this on-screen daughter Lavinia. He brings so much humour and memorable moments to this movie. He gets stunning support from Richardson (Red Sparrow). At first, Richardson and her impeccable talent might be underused as she’s only playing the friendly wife wonderfully. However, when the movie becomes much obscurer, her performance grows intensely and becomes so much more intense and intriguing. Don’t get us started on her acting during the last part of this film.

Arthur (To All the Boys I’ve Loved Before) is extremely captivating as headstrong Lavinia. The protective and caring but also restless and confused treats of her character are being portrayed marvellously by her. He’s still young but Hilliard (Greener Grass) is already capable of putting on ‘grown-up’ performances. He’s such a joy to watch as the innocent Jack and when he can show us his darker side, his acting becomes even more fascinating. Meyer (Only Humans) puts on a rich performance as Benny. One that’s filled with strong emotions and funny moments. There’s also Tommy Chong (Jay and Silent Bob Reboot), who portrays the kooky neighbour Ezra in a very clever way and Elliot Knight (Billionaire Ransom) who’s charming as the new stranger.

A horror film with the title Color Out of Space wouldn’t be anything without the perfect colours and the ideal vibe. Well, director Stanley made sure that this movie had it all. He got Steve Annis (I Am Mother) on board as the Director of Photography and Annis shows us his incredible talent by creating the movie is the best way possible. At first, he uses ‘ordinary’ colours, no much special effects and focusses on the conversations. This is to give the audience the possibility to connect with the characters. However, when everything seems to fall apart for the family, he steps us his game by giving the movie the powerful colours, entertaining vibe and intensity it needs. In almost every scene, he uses that purple-ish colour which heightened that mysterious element even more. The horror vibe of this movie is also increasing because of the music by Colin Stetson (Hereditary). His sound design works on your nerves in the most brilliant way.

Light up your day

Color Out of Space will literally and figuratively speaking light up your day. Not only because of its immense purple-ish colour but also because it’s an epic, hypnotizing and stunningly performed movie.

Color Out of Space is out now. 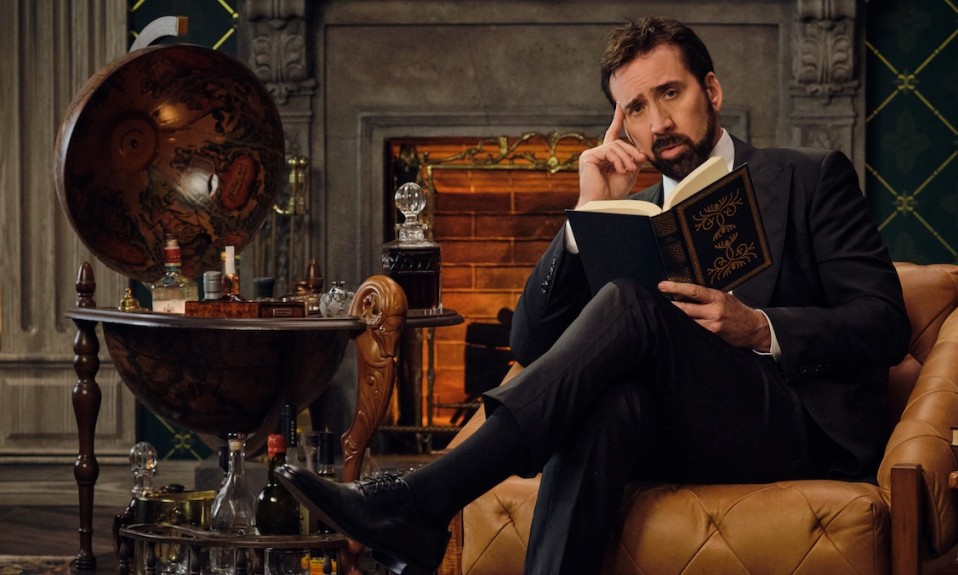 The Highs and Lows of Nicolas Cage