For a lot of actors, the career they have worked so hard for can vanish instantly. Whether it be a string of box office bombs, being typecast, or just getting older. One actor that seems to be impervious to these is Nicolas Cage. Since his first role in 1981, he has over 100 acting credits, with several more in the works. It’s hard to define him by a single role, having appeared in everything from animated features to indie horrors. From winning an Oscar to losing his entire fortune. No one has a career quite like Nic Cage.

Cage made his acting debut in 1981’s The Best of Times, a tv pilot that was never picked up. Following a small part in Fast Times at Ridgemont High, he went on to have substantial roles in Valley Girl, Raising Arizona and Peggy Sue Got Married. Throughout the 80’s and 90’s, he played in a variety of genres, from light-hearted comedy, drama, and even romantic leads. He won an Oscar for his performance in Leaving Las Vegas, where he played a suicidal alcoholic who decides to drink himself to death. It is currently his only Oscar win, although he was nominated again for his dual role in Adaptation.

His Oscar win and some box office success led to a much bigger profile in the 90’s. Finding success in action-adventure films, he starred in Con Air, The Rock and Face/Off, where he played a dual role opposite John Travolta. A huge comic book fan, he was also set to be cast as Superman, in the doomed Superman Lives. His son is named Kal-El, after the character.

As the new Millenium began, Cage’s career reached new heights. Gaining a much bigger profile with films Gone in 60 Seconds, Ghost Rider and the infamous The Wicker Man remake, you know the one. He also starred in the National Treasure films, which have a cult following. His role in Kick-Ass, as the Batman homage, Big Daddy, was a standout. He also tried his hand at directing, with 2002’s Sonny, which did poorly with critcs and had a limited theatrical run.

Proving that his tastes are as varied as his acting roles, Cage spent much of his $150 million on a variety of weird and interesting things. Highlights include 15 residences, (including “the most haunted house in America” and two castles), a 9-foot burial tomb, a dinosaur skull, and a copy of the first Superman comic. Naturally, these spending caught up with him. After several divorces and an issue with the IRS. The comic was stolen, then found, then sold. the skull had to be returned, and his properties were also sold. Leaving Cage with a lot of debt to pay off, and taking several roles a year to pay it off.

Recently, Cage has found cult success in several smaller films. While not all have been well-received (or even had a cinema release), they are classic Cage performances. Cult horrors like Mom and Dad or Mandy seem like roles that he was born to play. Cage himself has said that the best reason to make a film is “the super 8 feeling” – just because you love the film.

Cage certainly seems to have found his niche, but he’s still impossible to define by a single role. In 2018, he finally played Superman, albeit in voiceover, as well as Spider-Man Noir, in the Oscar-Winning Spider-Man: Into The Spider-Verse. He also played Red in Mandy, which is a role that only Nic Cage could have played (his performance was based on his recent divorce). He also teamed with the studio behind that film for The Colour Out Of Space, a H.P. Lovecraft adaptation.

While some may doubt his acting skills, it’s hard to argue that anyone can play a role like Nicolas Cage. With upcoming roles as a theme park guard, Joe Exotic and himself that doesn’t look to change any time soon. Part of his appeal is that his roles are so varied, and he clearly enjoys his work. It’s impossible to predict his next role. Who would guess Ghost Rider starred and Oscar winner? While he seems to have drifted away from triple-A Blockbusters, he shows no signs of slowing down. Who knows? Maybe there is another Oscar-Winning role out there for him. 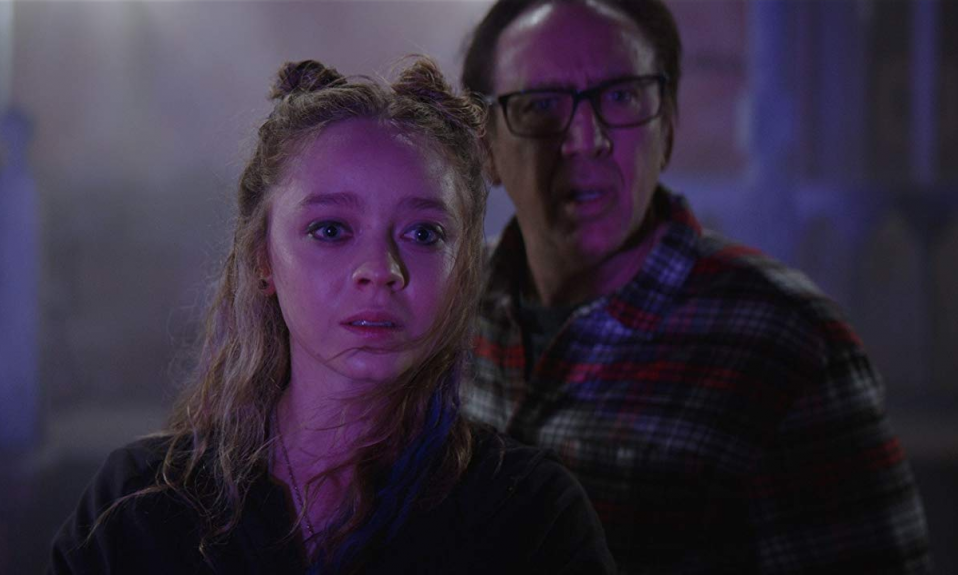 Review: Color Out of Space