In 1968 Stanley Kubrick released a ground-breaking sci-fi movie which is widely regarded as one of the greatest movies of all time.

We previously reviewed 2001: A Space Odyssey back in 2019 and offered an opinion on the movie. This time we’ll be taking a closer look at how the movie came to life and what makes it so special.

The late Stanley Kubrick was an American Film Maker born in 1928. A New Yorker born and raised. A child of Jewish migrants from Austria, Romania and Russia. His father gave him a camera for his 13th birthday, which sparked a keen interest in photography and eventually led to a job as an apprentice photographer at Look magazine. In 1958 Stanley used his savings to create a documentary film Day of the Fight (1951). He continued financing his own films and in 1956 his work caught the attention of Hollywood. Soon Kubrick would be directing the likes of Kirk Douglas in Paths of Glory (1957) and Spartacus (1960).

Kubrick decided to move to England and his first UK release was Lolita (1962). After gaining much critical and commercial success from movies like Dr. Strangelove (1964), Kubrick earned the artistic freedom to work on whatever projects he desired, some of which never materialised.

2001: A Space Odyssey (1968) was a collaboration with English sci-fi author Arthur C. Clarke. This was followed by A Clockwork Orange (1971), which rivalled Lolita in controversy. Kubrick went on to release a film adaptation of a Stephen King novel The Shining (1980), Full Metal Jacket (1987) and Eyes Wide Shut (1999). Kubrick passed away before he could complete A.I. Artificial Intelligence (2001) so his friend Steven Spielberg helped the movie to cross the finish line. Kubrick discusses much of his early life and films in the documentary The Lost Tapes (1966).

One Small Step for Man One Giant Leap for Mankind

Let’s consider what was happening at the time 2001 was made. The Vietnam War (which claimed the lives of over 3 million people) was being waged and did not end until 1973. The Hippie counterculture had emerged in opposition to the war. The Cuban Missile crisis of 1962. The Equal pay Act of 1963 was signed by the Liberal President John F. Kennedy, who was assassinated in the same year. Jim Crow laws from the late 19th Century were abolished when the Civil Rights Act was penned in 1964. The assassination of Malcolm X in 1965. The Cold War between the United States and the Soviet Union. The assassination of Dr. Martin Luther King Jr. on April 4th 1968. 2001: A Space Odyssey debuted in theatres on April 6th 1968. Neil Armstrong became the first man to set foot on the Moon in 1969.

The Making of a Myth

Arthur C. Clarke is a well known sci-fi writer who Stanley Kubrick partnered with to write the screenplay for 2001. In the documentary 2001 the Making of a Myth (2001), Clarke shared that Kubrick believed there had been no great sci-fi movies made before theirs. Other Sci-Fi movies of the time included Robinson Crusoe on Mars (1964) and Fantastic Voyage (1966). Kubrick must have been aware of those notable Sci-Fi movies but is thought to be directly inspired by the documentary Universe (1960) and a movie shown at the New York World’s Fair – To the Moon and Beyond (1964).

Captain Kubrick assembled a crew to embark on a mission to create what he believed would be the first great Science Fiction Film. Key personnel were brought in to advise and engineer. Space Scientist Fred Ordway was brought in as a scientific consultant. Illustrators Roy Carnon and Richard McKenna created concept drawings, sketches, and paintings of the space technology, in part, influenced by the work of Chesley Bonestell. A 55 foot long model of the Discovery One spacecraft was built. Engineering company Vickers-Armstrongs was hired to construct a centrifuge that would simulate artificial gravity. Design consultants who had worked on films for NASA and the US Air Force were brought in and 4 Special effects Supervisors were appointed: Douglas Trumbull, Con Pederson, Tom Howard and Wally Veevers.

In 1966 filming began at the MGM-British Studios in Borehamwood. The production team developed and used a number of techniques including:

Production costs soared to in excess of $10m and went $4.5m over budget. The screens we saw in the spacecraft were made to look like computer graphics but were actually a combination of photography and animation. Actors were attached to wires and filmed from beneath to give the illusion of floating in space. The psychedelic Stargate Sequence was achieved by using a custom-built machine and thousands of high-contrast images. Kubrick opted for creating all the visual effects “in camera” to avoid degradation of picture quality which may occur when using Blue Screen techniques. Kubrick’s demands are what led to the project costs spiralling out of control. But this also resulted in the visual effects of 2001 looking spectacular and ahead of its time. A video essay published by Vulture gives a brilliant overview of the feats of engineering that were required and how the innovative cinematographic techniques were implemented in the Space Odyssey production.

To the Moon and Beyond

2001: A Space Odyssey is a sci-fi movie that tells a story of mankind, our relationship with progress, technology and the idea that there may be extra-terrestrial life. The movie builds on Darwin’s theory of evolution and asks us to question what the next stage of human evolution could be. Kubrick gave 2001 a curious ending that is open for debate. You can watch an expert panel give their take on what the movie means to them here. Does the ending suggest there will be another stage of human evolution? One that enables humans to travel through space without the use of technology? In a rare interview more than a decade after the film was made, the reclusive Director gives us his own take on the ending of the movie.

Whatever your thoughts are on what the ending means and what the movie represents as a whole, it is a fantastic look into the future told with masterful visual storytelling. A movie that gave us a glimpse of Video Calling at a time when that technology was not available. A movie that modelled the future with photorealistic realism but contained no computer graphics to achieve that goal. A movie that has inspired filmmakers and viewers alike. A movie that will be remembered as one of the greatest movies of all time.

Also Read: The Best Sci-Fi Films of the Decade

Published on 22 days ago 2 min read 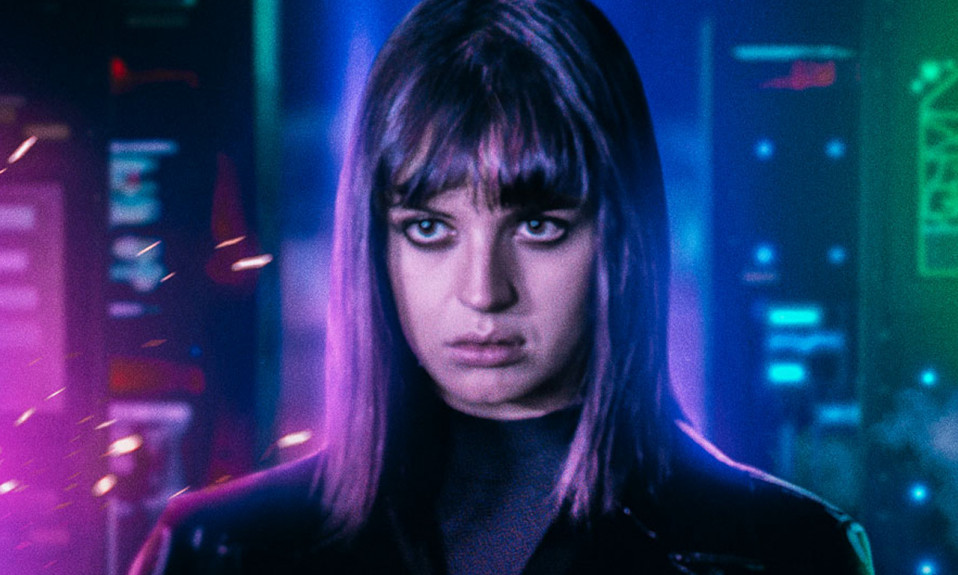