A while ago I wrote about how Hollywood and video games didn’t have the best of luck. Since then we’ve had a few other films based on video games, including Mortal Kombat (both based on the videogames of the same name) and Free Guy (an original IP based on a Grand Theft Auto style game). Most of these have been well received, which begs the question: Are video games starting to get the respect they deserve?

When Hollywood first started adapting video games, the medium was still maturing. Game developers were still figuring out what they were capable of, and often being inspired by films. Games were somewhat looked down upon, even as a hobby. Often being considered childish and only appealing to young boys along with comic books (which is another story in itself). As games have advanced and got more complex, they are starting to become more socially accepted.

In Hollywood’s defence, video games weren’t the easiest things to adapt. Most featured just enough story to give some context (Bowser kidnapping Peach) and then the same gameplay repeated for several hours. While entertaining to play, these aren’t always the most engaging things to watch. While some films do get away with a “video-gamey” plot, like The Raid where the goal is simply to get to a location or item first, they add enough elements to keep things fresh throughout. If you are just going to make a film about Mario jumping on Koopa’s head’s for 2 hours, why not just show gameplay? (Which may or may not be better than the actual movie)

The word “cinematic” gets used to describe video games a lot more nowadays. Games like The Last Of Us and the most recent God Of War are primarily story-driven games. With the narrative being given almost as much importance as the gameplay. The story of The Last Of Us especially is important. So much so that when the plot of the sequel leaked before release, many fans cancelled pre-orders and abused the developers online. The plot is still a touchy subject for the community even a year on. Making use of advances in technology like motion capture has allowed games to become a much different beast than they were originally. Big name actors have lent their names to videogame characters, including Gary Oldman, Keanu Reeves, Rosario Dawson and Liam Neeson.

Likewise, big names have portrayed video game characters in films, such as Ryan Reynolds, Angelina Jolie and Jim Carrey. As video games have become more mainstream, studios have paid more attention to potential adaptations. While many are still in development hell after several years, like Halo or Mass Effect, some are moving forward. An Uncharted film starring Tom Holland as a young Nathan Drake finished filming last year and Pedro Pascal was cast The Last Of Us series. These seem like natural choices for film versions. Uncharted plays as a swashbuckling Indiana Jones-style adventure, while The Last Of Us is often considered to have one of the best stories in video games.

While The Witcher Netflix series is based on and follows the plot of the books, its appeal is almost undoubtedly due to the games, especially The Witcher 3: Wild Hunt which won multiple game of the year awards. Many players that had never heard of the series played the third game, making it one of the best selling as well as best rated video games of all time. The series does take some of its visual influences from the games, such as some armour designs, even recreating the famous bathtub scene. The wide success of the games is likely one of the reasons the show gets the budgets it does, as the franchise is now well known globally and not just in its native Poland.

As games have matured they have started to tell more interesting and developed stories, some stories simply wouldn’t work as a film, the twist in Spec Ops: The Line hinges on the fact that it is the player who is in control, while it is possible it would work as a film, it is far more effective when it is the consequences of the player’s actions. But others could be adapted. Perhaps it is because games do most of the work in setting the foundation for a film now, rather like a film. It is much easier to see the potential story in a game about realistic looking people than it is little 2D sprites. Likewise most come with their own audience. Whatever the reason, it looks like we might almost have lifted the video game curse. 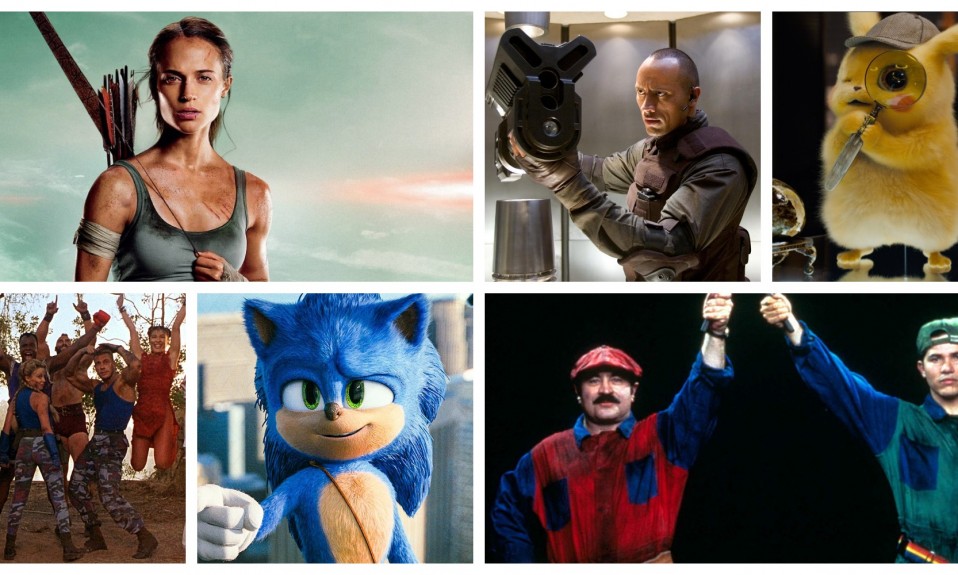