There is an ancient adage. One as old as the trees around us, as the ground we walk on. It glides, delicately, on the wind allowing us to hear it, whispered on the summer breeze. It speaks softly of the truth, our desire to succeed, and our want of something good from this draining existence; What would Reese Witherspoon do?

There is an ancient adage. One as old as the trees around us, as the ground we walk on. It glides, delicately, on the wind allowing us to hear it, whispered on the summer breeze. It speaks softly of the truth, our desire to succeed, and our want of something good from this draining existence; What would Reese Witherspoon do?

In the past few weeks, I’ve asked myself that question more than once. I’ve been, as a lot of people have, struck with a lack of motivation as lockdown marches slowly onward. I’ve found it difficult to generate enthusiasm, to watch films, to write, to go for my daily walk, to wash my hair, to get dressed. I’ve realised, day-by-day, how acclimatised I’ve become to this whole scenario. Yet this, of course, comes with guilt. Why am I not doing more? What could I have achieved in this time in which distractions are fewer? Early on, there was talk about how Shakespeare wrote King Lear in quarantine during an outbreak of the Black Death in the early 1600s. This was capitalism wrapping its tendrils around these uncertain times by way of telling us we must be productive, we must also be optimising, always be doing something.

You might wonder what my biggest lockdown achievement is? My King Lear? Well, I’m now able to write out my shopping list in a way that best correlates with the layout of the aisles at Morrisons so I can swiftly glide around the store during the weekly big shop. Will people perform my shopping lists hundreds of years from now to get into drama schools? Maybe. Will they be part of the GCSE Curriculum one day? Only time will tell.

If King Lear is considered one of Shakespeare’s best works, then deciding what Reese Witherspoon’s King Lear is will depend on who you are as a person. Is it her performance as Elle Woods, the beauty-obsessed lawyer who proves everyone wrong? Maybe its Tracy Flick, the eager student vying for power during a student election? Is it June Carter-Cash, the singing southern belle that won her an Oscar? Or perhaps, it’s Madeline Mackenzie, the bitchy and nosy Monterey mother/murderer?

Maybe Witherspoon’s magnum opus is her persona itself. Not only is she America’s sweetheart, but she has, in recent years, become a symbol of autonomy in Hollywood. Her production company Hello Sunshine creates shows and films based-off books with women at the centre. She is a champion of diversity and for the LGBTQ+ community (although, the latter has yet to substantially show up in her work). While her online book club provides a bump in sales for the featured titles, she, like Sarah Jessica Parker, has been able to carve out a place for herself in the literary world and her seal of approval is much coveted.

But maybe, what we should examine is Witherspoon’s power as a producer. A recent profile in Vanity Fair revealed that, after being considered a ‘has-been’ at 36, Witherspoon started to produce her own work so she could take back control. Thus, she optioned the rights to Gone Girl and Wild, two vastly different books by female authors, and was to play both the sadistic Amy Elliot-Dunne and the grieving Cheryl Strayed. Ultimately, Witherspoon decided not to star in Gone Girl, with the role going to Rosamund Pike instead – who gave one of greatest performances cinema has ever seen (I’m serious. Go and watch it again!) And with that, Witherspoon’s position as a top producer was cemented.

In 2015, both actresses were up for an Oscar. Not only had Witherspoon earned herself a nomination for her role in Wild (as was Laura Dern for the same film) but she was there alongside Pike, on her first nomination. This, in a lot of ways, is symptomatic of the projects Witherspoon works on; women get recognition in bucket loads. In fact, in most of Witherspoon’s produced works, her female co-stars are the ones who receive accolade after accolade. Nicole Kidman raked in awards for her role on Big Little Lies, as did Dern, while Jennifer Aniston won a SAG award for her performance on The Morning Show twenty-four years after she last won for Friends. Currently, on Little Fires Everywhere, Kerry Washington, who has yet to win any of the major awards she’s been nominated for, is acting up a storm opposite her. Maybe she’s the next actress to receive this Witherspoon adjacent acknowledgement?

Little Fires Everywhere, which is available on Amazon Prime now, is hopefully an indicator of where Witherspoon is headed. The show not only deals with race, something Big Little Lies was accused of avoiding, but also with queerness and motherhood. She currently has a series in the works with Zoe Saldana, Mindy Kaling has been hired to write the script for Legally Blonde 3, and she has an adaption of The Gilded Years starring up-and-comer Zendaya. As she told Ann Patchett in Vanity Fair, she ‘wanted to make parts for women of colour, because if she was having a tough time finding good roles, she could see that what they were facing was considerably harder.’

Witherspoon is busy and, as I’ve watched time float by like a rubber ring on a Lazy River in a shitty European waterpark, I’ve been thinking about productivity and how we utilise our time. Seemingly, we have all the time in the world right now to read, create, or consider things. To be our own version of Witherspoon, to channel that Witherspoon Ethic ™ (okay, it’s not really a ‘™’ but it has a real ring to it, doesn’t it?) We can’t go out and meet friends or family, we can’t go to the pub, or out for dinner, so those hours are now empty. But do they need to be filled?

After all, you can’t scroll on Instagram or pick up a water bottle without being reminded you have the same amount of hours in the day as Beyoncé. You can’t look online without seeing the life hacks, the homemade herb gardens, the #girlboss, the banana bread, and crochet kits. Yet, it’s also okay to do nothing, to sit back and just take in this moment. As Cheryl Strayed wrote in her memoir, ‘How wild it was, to let it be.’

Witherspoon might be a beacon of hard work in the industry, a symbol of someone who’s taken her career into her own hands. It’s a path becoming more and more common as stars like Margot Robbie and Alicia Vikander join Charlize Theron, Queen Latifah, and many more who are producing their own projects. But, it’s also okay to look at the Witherspoon Ethic ™ (she currently has ten projects in the works) and simply admire it from afar. What we need to remember is where it comes from; being called a ‘has-been’ at 36, taking autonomy over her career. So, while we can look at her successes and see her thriving, we can also know that we don’t have to be just like her to be successful. The Witherspoon Ethic ™ is about self-fulfilment. If what fulfils you these days is lying in bed until 2pm and eating leftovers for dinner then go for it. Simply put, it’s okay to ask yourself, What would Reese Witherspoon do? and answer: ‘Absolutely fuck all’ then go back to sleep.

Also Read: How Film Changed Me: On Adaptations 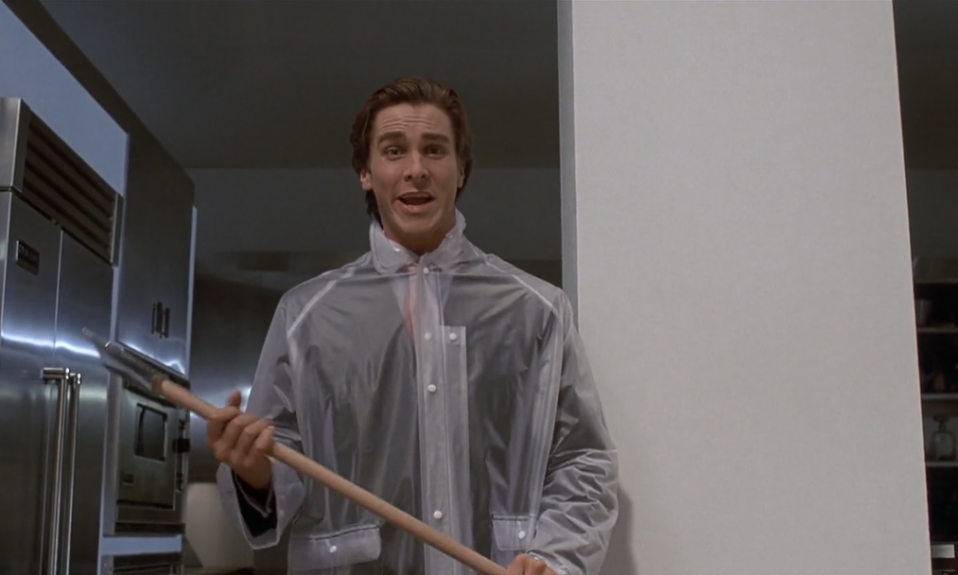