Lockdown has meant more time to read. Instagram has been filled with to-read lists, #Bookstagram, and snippets those currently being read posted to stories. Or, the other extreme has meant some people haven’t been able to read at all. As Candice Carty-Williams wrote in The Guardian recently, ‘My thoughts are scattered. The idea of writing feels far away. I keep trying to get into a novel, but it’s not happening. For the first time in my life, I can confidently say: “It’s not you, it’s me.”’

Lockdown has meant more time to read. Instagram has been filled with to-read lists, #Bookstagram, and snippets those currently being read posted to stories. Or, the other extreme has meant some people haven’t been able to read at all. As Candice Carty-Williams wrote in The Guardian recently, ‘My thoughts are scattered. The idea of writing feels far away. I keep trying to get into a novel, but it’s not happening. For the first time in my life, I can confidently say: “It’s not you, it’s me.”’

I have fallen somewhere in-between. At times I’ve been rapt by books, I’ve devoured Station Eleven, Girl, Women, Other, and An American Marriage. On the other hand, I’ve never in my life started so many books that I’ve ultimately put down, various acclaimed novels and memoirs have been thrown back onto the bookshelf because it seems I need something very specific during these hard times. I just wish I knew what that ‘specific’ thing was…

Being unable to leave the house has also allowed people to explore the books they’ve had on their shelves for years. The ones they always meant to read but, for some reason, haven’t. For me, that book was Americanah, Chimamanda Ngozi Adichie’s 2013 masterpiece about two young Nigerian lovers, who are pulled apart by distance as one travels to America and the other lives, undocumented, in the UK. The book had come to my attention in 2014, just after Lupita Nyong’o won her Oscar for 12 Years A Slave and, in the wake of her win, as is common with newly minted stars, news stories appeared in the trades of what the actress had lined up next. At the time, it was a film adaptation of Achiche’s novel starring Nyong’o as Ifemelu opposite David Oyelowo as Obinze.

During lockdown, the book was on my radar again because the casting for Nyong’o’s adaptation had just reached me, following the news late last year that it would be a ten-episode mini-series on HBO. The playwright and actress Danai Gurira would pen the scripts, and Oyelowo was no longer attached, but in his place was up-and-comer Zackary Momoh as Obinze. At the same time, Emmy-winner Uzo Aduba had also joined the cast.

As I read the novel, which contains astute observations on race in America as well as immigration, class, and gender, it seemed so clear to me that this novel would be a good series, not a film. Clocking in at around 400 pages and approximately 151,960 words, there was so much depth and intensity to the book. It had so many moving parts that, to condense it down to a two-hour movie would mean losing so much of what made this complex and sprawling novel so unique.

I wondered what had changed since 2014, why the film adaptation had become a TV adaptation. Looking at the past seven years, TV has changed, and books have been adapted at a far more rapid rate. There’s been adaptations of Margret Atwood’s depressing dystopian, but all too relevant,  The Handmaid’s Tale and the prison-based memoir by Piper Kerman, Orange Is the New Black. We’ve seen comedies like Shrill, a series based on Lindy West’s first essay collection, and the fantasy tomes of George R.R. Martin became HBO’S biggest hit in recent memory, Game of Thrones. The Italian sensation My Brilliant Friend by Elena Ferrante also came to HBO, a gender-swapped version of Nick Hornby’s High Fidelity hit Hulu, and of course, there’s been Reese Witherspoon’s obsession with ‘little’ things, be they big lies or fires everywhere.

There was a time when books were deemed intellectual, film considered artful, while television turned your brains into mush and gave you square eyes. If a book was a success, then the film rights would be snapped up a production company, and it would turn into something lavish, and Oscar-baity. While that is still somewhat the case, it’s also becoming more commonplace for books to appear on TV. Before now, it seemed that the books adapted for TV were near exclusively period dramas, pulpy teen novels, and crime thrillers but now all types of novels are turning to the small screen rather than film. Literary hits like Candice Carty-Williams’s Queenie, Emma Jane Unsworth’s Adults, Samantha Irby’s Meaty, and Emily St. John Mandel’s Station Eleven are some of the many books currently with TV adaptations in the works.

Then, there is Normal People. The adaptation of Sally Rooney’s acclaimed novel has become one of the most significant cultural events of 2020 and for good reason. The story follows two Irish teenagers, Connell and Marianne, and their intense romance over a few years, from their hometown of Sligo to the campus of Trinity College Dublin. The novel, sparsely written and keenly observed, was translated into twelve perfect episodes, and each felt like it really captured the atmosphere of the book in a way few adaptations do. The casting of Daisy Edgar-Jones and Paul Mescal was pitch-perfect, their steamy sexual chemistry a beauty to behold. Mescal especially has hit well with viewers, and his embodiment of the stoic and chain wearing Connell Waldron has inspired Instagram accounts dedicated to his jewellery and a collective thirst on twitter that can seemingly never be quenched.

I guess the question is, what’s next? Books are still becoming films at a more frequent rate than they become TV shows, but it’s becoming clear that the latter is a better format to do the novel justice. Rooney’s debut novel, Conversations with Friends, is being adapted for TV by the same team behind Normal People and other books are likely to get similar treatment due to the shows overwhelming success.

I love film, I really do, but for every brilliant adaptation like Little Women or The Personal History of David Copperfield, there’s plenty of lacklustre and ill-considered adaptations like How to Build a Girl, the most recent Emma, or, The Goldfinch. It’s understandable, that film and the novel have been so linked throughout history because the film industry was usually the only place that had the kind of cash a good adaptation needs but, that’s just not the case anymore. That narrative ended when Netflix spent $130 million on the first two seasons of The Crown.

TV also is far more level in terms of access. I remember, as a kid, seeing the ads for The Line of Beauty on BBC; a handsome Dan Steven’s charging around a London backstreet as suggestions of gay sex and romance were offered in small flashes. The three-part drama was adapted from Alan Hollinghurst’s 2004 Man Booker-winning novel (next on my lockdown to-read list), and it still sticks in my mind as one of the earliest glimpses of gay life I saw. Seeing that ad, though admittedly I was unable to watch the show itself, as it was beamed into my home via BBC Two made me aware that gay stuff existed out there in the world and that maybe, one day, I’d be able to see it. The way TV is now, with the majority of it available via the internet, people are far more likely to be able to access it. What I’m trying to say is, books not only get more time when they’re adapted for TV but they also get a wider audience, and that can mean that those you really need it, can see it.

Of course, we can only hope this trend leads to more readers. If once again, Instagram is a barometer of the current mood, then a lot of people are picking up Sally Rooney while they wait for the days when we’ll be allowed out again. Even some of her short stories have been released via Audible to try and appease those looking for more after finishing the show. It seems like Normal People might have paved the way, and the future looks bright.

Also Read: How Film Changed Me: On Survival Without the Cinema 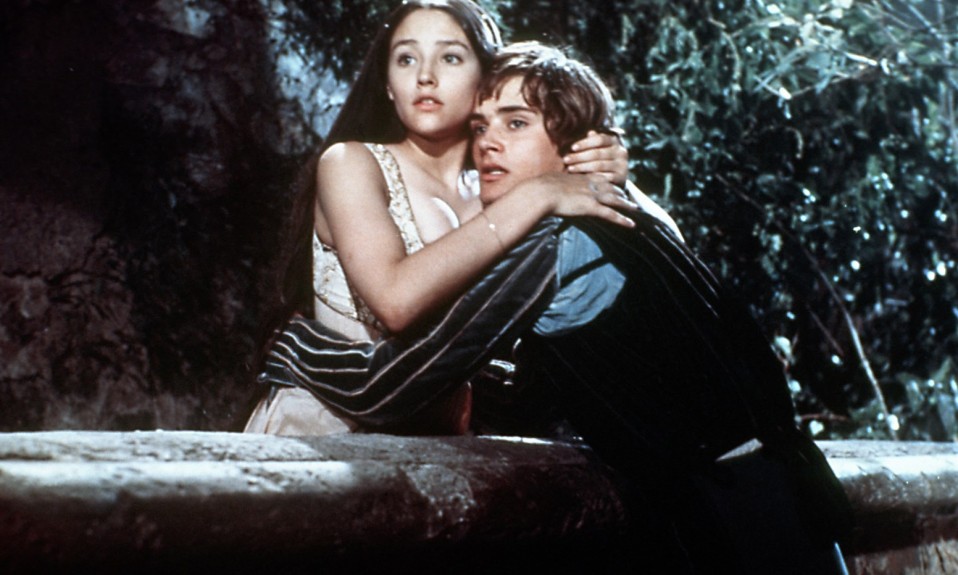 Romeo and Juliet Over the Years