I can’t pinpoint precisely when these types of conversations began, but I can tell you when I first noticed their prevalence. I was sitting at my friends’ new dining table in the house they had just bought together. This couple had invited a few people over for an inaugural takeaway surrounded by half-unpacked boxes and piles of things strewn about the place that had yet to be given a home. As we ate, the discussion moved on to “the bins”; the pain of “bin day”, the nature of when to put them out (late the night before or early the day of?), and the perils of figuring out a recycling system that fits both your lifestyle and the council mandated scheme.

Not long after this, with different friends who were new parents, we talked with genuine passion about our respective parking situations (me, in a block of city-centre flats with no designated parking space, and them in a terraced house on a popular street near the centre of their village further North). The baseline was that neither parking situation was sufficient and the powers that be (in my case, the people that manage the building and, in theirs, the council) were not acting appropriately. It created in us the type of specific rage that causes you to write a strongly worded email. With others, too, there were conversations about iPads made for children so they can hold them easily, the nature of museums and art galleries essentially becoming theme parks that allow kids to run-ragged while ignoring everything within them, and pointed dismay at the sanitised cartoons and “bubble-wrapped” entertainment shoved in front of kids these days that feel infantilising. Inevitably, what linked each of these conversations was the key phrase they ended with; “God, we sound old.”

Of course, the word “sound” is doing the heavy lifting here. We are not “old”. Not literally. Most of the people I was speaking with were between twenty-six and twenty-eight, all embedded, to varying degrees, in adulthood. Bins or parking spaces would act as a gateway drug to deeper conversations about responsibility, about how all our decisions seemed to be taking on new weight, with everything feeling both monumental and terrifying. I couldn’t help but notice, too, that these conversations had begun to arise as the idea of turning thirty had become a reality.

While we can argue all day about the nature of what it means to turn thirty in contemporary culture, when the housing and job markets are abysmal, I couldn’t deny its power. To mention turning thirty was to feel a shift in the room; the move from one decade to the next seemed to act as a marker that everyone wanted to ignore. It wasn’t just my friends, either. On her latest soul-destroying album, 30, Adele takes stock of her life in relation to all the things she thought she had (and then lost) while, in his Netflix special, Bo Burnham notes that turning thirty boils down to his “stupid friends” having “stupid, fucking ugly, boring children”.

This same preoccupation panics Jon (Andrew Garfield) in Lin Manuel Miranda’s magnificent tick, tick…BOOM! The film is an adaption of Jonathan Larson’s autobiographical musical, first performed in the early nineties before his untimely death at the age of thirty-five and the opening of his most famous show, Rent. As the film begins, Jonathan is haunted by a ticking sound, counting down to his thirtieth birthday. In the first song, “30/90”,  Jonathan, banging out the tune on a piano, sings: “Stop the clock / Freeze the frame”. He is twenty-nine and doesn’t want to turn thirty without having accomplished what we wanted to. He begs whoever he can to stop time, to give a chance to get more done. By thirty, he notes, Paul McCartney and John Lennon had written their final song together, and Jonathan’s parents had two children. So he hands in his notice at the diner he works at to focus solely on his upcoming workshop for his Sci-Fi musical Suburbia and, as a result of his single-minded determination, causes the breakdown of his relationship with long-term girlfriend Susan (Alexandra Shipp).

The film also pays homage to Stephen Sondheim, the prolific Broadway composer & lyricist behind several significant musicals. In the movie, Bradley Whitford plays Sondheim in two scenes and, in another, Sondheim’s actual voice can be heard in a voicemail left on Jon’s answering machine. Sondheim, who deeply inspired Larson (and Miranda), also wrote for movies, including the song “Sooner or Later” for Dick Tracy, performed by Madonna, for which he won an Oscar. In tick, tick… BOOM!, Jon aggressively points out that Sondheim had his first Broadway show by twenty-seven. While it’s true that Sondheim’s early works, West Side Story and Gypsy, for which he wrote the lyrics to Jule Styne’s score, have entered into western theatrical and cinematic canon as two of the greatest American musicals of all time, it wasn’t until Sondheim was in his forties that he began to make truly challenging and experimental work that solidified his position as The Greatest. Until then, critics found his musicals confusing and most closed relatively quickly. Yet in 1970,  with Company, when he was forty-years-old, his career changed. Company was followed by Follies when he was forty-one, A Little Night Music when he was forty-three (which was later turned into a film starring Elizabeth Taylor in 1977), Sweeney Todd when he was forty-nine (unfortunately adapted to horrific film by Tim Burton in 2007), and, in his fifties, he finished both Sunday in the Park with George (which many consider his magnum opus and from which tick, tick…BOOM! takes particular inspiration) and Into the Woods (turned into a watered-down film by Disney in 2014). In the realm of Sondheim, twenty-seven was still young, and he went on to produce most of his significant works in later life. He died last weekend, aged ninety-one, with a wealth of adoring fans and a long career of genre-defining work.

On the one hand, Sondheim is an example of the “boy genius” who swooped in and wrote lyrics like “There’s a time for us / Someday a time for us / Time together with time to spare / Time to learn, time to care.” On the other hand, Sondheim is an example of longevity, of trying again and again. In fact, in the final act of tick, tick… BOOM!, Jonathan’s agent tells him this is what writing is; once one piece is done, “you start the next one”. Over and over, as you get better and better, until something sticks. This is what Sondheim did.

“Old”, then, as a word has a duality to it that can be both literal and figurative, all of which can be summarised in that classic adage: “You’re only as old as you feel.” There are some I’ve met aged twenty-eight who feel older than some people I know in their fifties and sixties, those who’ve used their time to grow and figure out who they are and what they want to say. To me, this seems more valuable than turning thirty with everything you ever wanted because, well, then where do you go?

It is “old” as a state of mind that creeps in, that slips into a conversation as plain mundanities. It is the worry that the life and vibrancy of youth are giving way to practicality, that a life lived without attention to detail is being left behind over something that is becoming obsessive and riddled with consequences. This isn’t new. In terms of astrology, this period is often called “Saturn’s Return”, defined, by Cosmopolitan, as “a major astrological coming-of-age moment.” It occurs when Saturn returns to where it was in the sky when you were born, which happens “every 27 to 29.5 years.” Meaning, the years approaching your thirties are, astrologically speaking, testing because of fate (and not because, between those years, life becomes “real”).  It’s a big moment, for some. Adele even got a tattoo of Saturn on her arm and wore planet-shaped earrings to perform outside the Griffith Observatory in Los Angeles to commemorate the release of 30.

It may be worth looking to the future, at Richard Linklater’s upcoming adaption of Sondheim’s Merrily We Roll Along, which is currently in production (and will be for the next twenty years!). The musical follows a trio of successful creatives who were once good friends navigating success and stains on their relationships. The film will star Beanie Feldstein as the alcoholic novelist Mary, Ben Platt as jaded lyricist Charley, and Blake Jenner as the superstar composer and film producer Franklin.  (Incidentally, Feldstein’s character, Julie, played Mary in the high school production of Merrily featured in Greta Gerwig’s Lady Bird). Early in the show, when it is revealed that Charley and Franklin haven’t spoken in years, Mary begins to question why things can’t be like they were. She sings:

We were nice,
Kids and cities and trees were nice,
Everything?
I don’t know who we are anymore,
And I’m starting not to care.

It may be Merrily’s conceit, that it is told in reverse, starting when the trio are successful but unhappy, and working backwards to one night on the roof of their first New York City apartment, when they watched Sputnik blip across the sky, that makes it so affecting. The show ends on a hopeful note, with all three excited for the future. Yet when the curtains drop, we realise we’ve already seen their lot, and it will not hold as much promise as they’d hoped. When the show finishes, we see what Mary is pining for early on, and we understand exactly why.

It seemed that most of the conversations I was having with friends, as mundane as they may be, ran with an undercurrent of dissatisfaction just like this. Why can’t things be like they were? Why do life’s various obstacles feel much bigger? More powerful. I’ll have to wait another twenty years to see if I still feel this way when the movie comes out, but then, maybe, I’ll be in a different place too. One that is even further removed from now, way past thirty.

Also Read: The Highest Grossing Musical Films of All Time 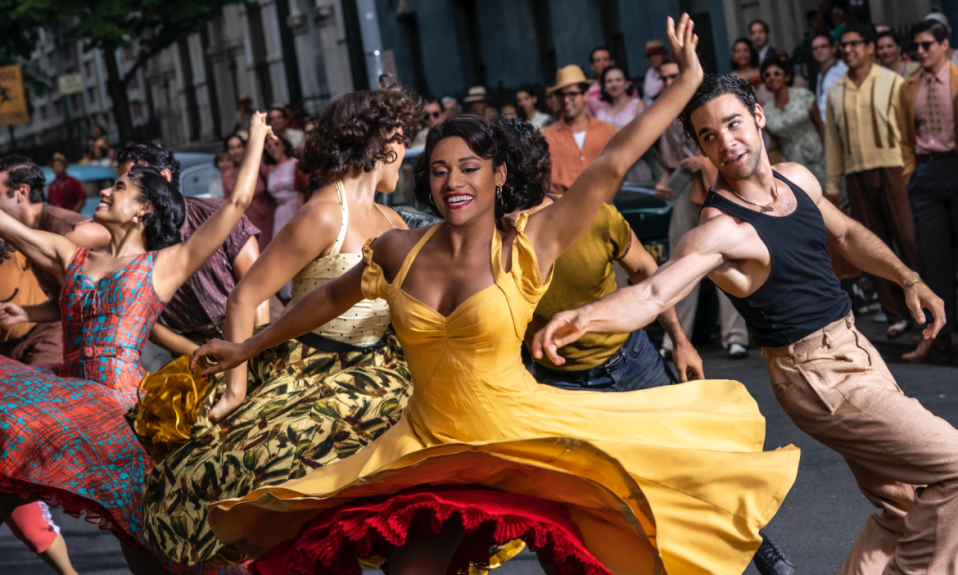 Published on 11 days ago 4 min read

Published on 14 days ago 4 min read