The time that you needed a huge camera to shoot the perfect film is long gone. With the increase of mobile phones came the rise of small and enormously technologically advanced cameras. Now, everyone can feel what’s like to be a filmmaker. Many of the videos are probably only watched during drunk parties with friends or hilarious meetings with family members but there are also a few that made a name for themselves in the online world. Here are five stunning and vibrant films that you won’t believe were shot on an iPhone 11.

An ordinary holiday video about life in romantic Paris? No, not when acclaimed director Rian Johnson is behind the camera. His Paris 9/19 transport you right to the heart of the French capital. Discover the old streets, the wonderful monuments and have a delicious dinner at a charming French restaurant. All you need to do is watching this short film.

Thanks to the celebrated director Theodore Melfi and Daughter, we can re-live the Chinese New Year celebrations. His short film follows a devoted mother with her adorable daughter living a difficult life. Life isn’t easy as the mother is a single mom who’s trying to make ends meet as a taxi driver but still, they have each other and that’s what matters for them. That family has always been important becomes clear during the flashbacks showing us the mom when she was a young girl. How she grew up with her mother, what was expected from a woman during that time and how life in China was. We see Chinese New Year celebrations through the eyes of three generations of Chinese women.

Their stories are coming spectacularly to life thanks to cinematographer Lawrence Sher who brought us Joker last year. The three leading ladies on-screen each put on an emotional and captivating performance that feels very relatable.

It could have been a short film that could have been included in our ‘COVID-19 in movies’ list as Holding is about a woman living in LA during the current terrible times. She comes out of the house to do grocery shopping, which is in her case, going to her garden. During the movie, we hear that she’s not alone during this lockdown as a male voice is coming from somewhere in the house. While we don’t see the man, we certainly know how he feels: Locked up, angry, and agitated. As if the real-life feeling isn’t complete yet, we also see a video call between the leading woman and a person close to her. One she loves dressing up for… That surprise as well as ‘who’s the man shouting from across the house’ element is being highlighted wonderfully by the use of zoom-ins and tense music.

Do you want to be next Meryl Streep or Leonardo DiCaprio? Then the audition room is the perfect place to start according to director Blake Calhoun. In his The Movie Star, a security guard has an unexpected encounter with a female wanna-be movie star. It will certainly be a meeting he will never forget. Not only because the actress refuses to leave the set unless the guard helps her with her audition but also because of what follows next. There’s an immense theatrical element to this movie, especially because of the lady leading portrayed captivatingly by Susana Gibb. The cinematography might be a little bit too flashy or too over-the-top but that’s part of the acting world, isn’t it?

Surfing the waves can be joyful, especially during this sunny weather. However, mastering the surfing board isn’t something everyone can do. That becomes clear from watching Cold Wave by Matt Allen. The short movie, that was filmed over two days at the Mountain Wave in Kananaskis in Alberta, shows us that surfing is clearly not for everybody. For those who can tame the board, surfing is the most liberating sport that exists. That delightfulness is perfectly captured in a lively and entertaining way.

If you can’t get enough of the stunning movies shot via iPhone, then catch the iPhone Cinema on Vimeo.

Also Read: COVID-19 In Movies: Five Films About The Virus That Shook The Earth 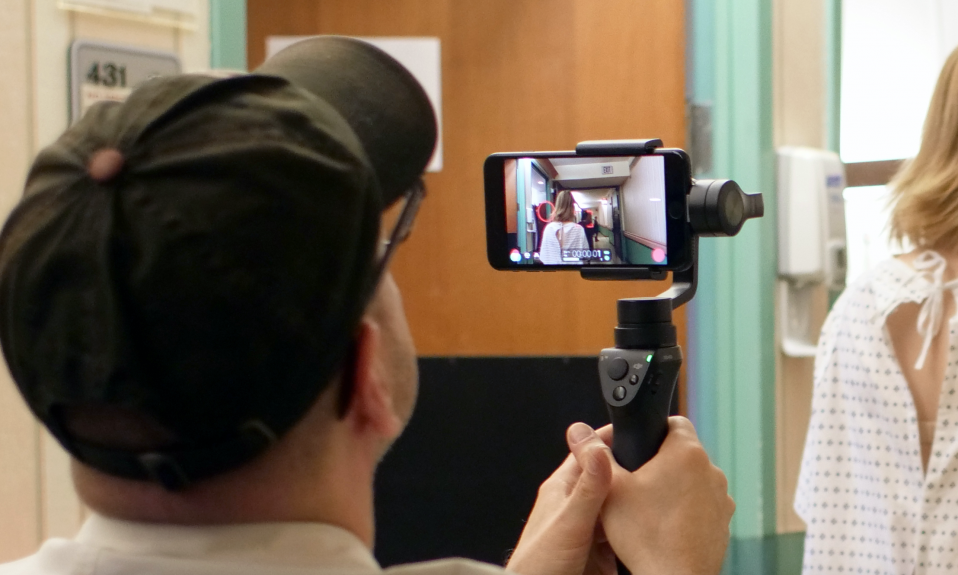 Unsane and the iPhone Revolution