Neill Blomkamp launched his feature film career with the brilliant District 9, a mix of commentary on racism in South Africa, body horror and alien mecha suit battles. Since then Blomkamp has continued making interesting sci-fi looking at current issues in society.

Blomkamp’s first feature film was District 9 – a truly great sci-fi film that was nominated for Best Picture at the Oscars. The story of what happens when an alien spaceship arrives but the aliens need our help. The aliens are moved into a slum camp and a deeply suspicious company MNU brought in to run it. The film starts as a mockumentary following Wikus van de Merwe who works for MNU in the camps. Infected by alien technology Wikus begins to slowly transform into one of the aliens, moving from mockumentary to body horror and then the showdown between the various playing making it a huge sci-fi shootout.

Next was Elysium, set in a not quite apocalyptic future, most people toil away in horrible conditions while the elite live off-world in comfort and perfect health. For those on Earth medical care is a rare luxury but off-world they have instant access to care that will seemingly deal with any problem in a few seconds. Matt Damon is one of these Earth workers and after an accident is in desperate need of care and will go to extreme lengths to get it. At the same time, the off-world government are trying to resolve what to do about troublesome Earth who regularly raid and break into their off-world paradise to get what they need. Some are restrained while others advocate extreme force. Damon’s attempt to fix his problem dovetails with the off-world political shenanigans.

Then came Chappie. A hi-tech robotics company’s best-selling product is a series of police robots, effective at stopping crime and popular with the public, but the scientist behind these robots is working on something much bigger – genuine artificial intelligence. After putting his work into one of the decommissioned police robots it works as planned, becoming intelligent. However, the robot soon falls into the hands of criminals who essentially have a police officer robot best friend. Back at the company a rival engineer has been pushing his rival design of an absurdly huge and destructive robot and finding out about his rival’s mistake offers to solve the problem in suitably aggressive style. Blomkamp’s most recent film is Demonic, a film involving demons, mass murderers and entering peoples’ minds in computer simulations

Of the four feature films Blomkamp has made all of them are science-fiction. Blomkamp seems very concerned with the connection between business, technology and people. In District 9 MNU take on the job of housing the aliens not out of kindness or even what they are being paid but for the chance to access alien technology. Elysium has a society that has virtually eliminated all disease but heavily restricts this technology, ensuring the only wealthy have access. Chappie looks at the idea of using private companies to provide a robot police force (which actually works rather well). In Chappie the inventor of AI. speaks to his boss about what made a robot who could make art and his boss responds with, “Do you realize you just came to the CEO of a publicly-traded weapons corporation and pitched a robot that can write poems?” The great potential and scientific discovery is barely considered when put against profit.

District 9 and Elysium deal with a lot of oppression – the aliens in District 9 seemingly have no rights (or if they do are ignored without consequence by the humans) and are seen purely as a way to make money. In Elysium, the oppressed are most of the population of Earth, with a distant government ignorant and/or indifferent to their suffering.

Perhaps the most recurring thing in Blomkamp’s films is Sharlto Copley who had major roles in his first three feature films. He played the central role of the human who is turned into an alien in District 9, in Elysium he played a mercenary who is used to deal with difficult people on Earth and in Chappie he is the titular character, the AI robot.

The first thing I thought of when considering Blomkamp’s influences were Ridley Scott’s sci-fi masterpiece double of Blade Runner and Alien. In these two films, we have sinister companies doing bad things and artificial intelligence is a central aspect. The dirty, unpleasant surroundings many of Blomkamp’s characters find themselves in are reminiscent of the terribly bleak L.A. of Blade Runner. Despite being very different in tone (and virtually everything else) District 9 and Independence Day both had the iconic image of a giant spaceship floating above a city, of course, in District 9 these are essentially refugees and in Independence Day invaders. The body horror we see in District 9 is very similar to Cronenberg’s The Fly. There is a strong social commentary running through Blomkamp’s films, District 9 on how minority groups in society are treated and exploited, Elysium on the gap between the haves and the have-nots, Chappie (and District 9 and Elysium) on the morality of bringing in for-profit companies into spheres they were normally barred from and this brings in a whole host of influences outside sci-fi.

Blomkamp has established himself as an inventive and visually stunning director but has perhaps not repeated the great work of District 9. Nevertheless, all of his films have had something interesting to say. 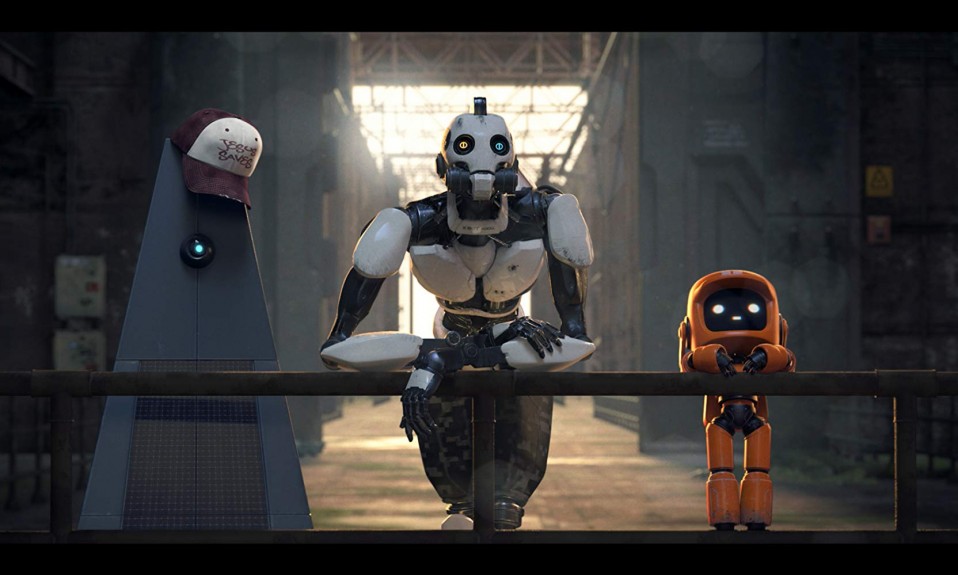 Androids And The Actors That Play Them