I have written articles for this site, wrote on my own blog and shouting at people on the street about how disappointed I was with 2016’s Suicide Squad. It was a film I had high expectations for, was immensely looking forward to and is perhaps the most disappointed I have been in any film ever. For things to be truly disappointing, for the awfulness to really hurt, there needs to be some potential and there were good things about this film. So in an age when film studios never let a failure stand in the way of making more money a new film about this bunch of supervillains sent on suicidal missions was to be made – a sort of reboot, keeping the good things and cutting away the bad. Margot Robbie as Harley Quinn was kept, as was Rick Flag, Captain Boomerang and Amanda Waller and with a new director was James Gunn, who had had massive success with Guardians of the Galaxy. So, which is the better film?

Using an expression from movies, we shall cut to the chase – 2021’s The Suicide Squad is by far the superior film, in that’s it good, a bar the 2016 film failed to meet. TSS really leans into the madcap over the top nature of the premise and raises the stakes with the bizarre members – including Swedish Olympian Javelin, the mysteriously named TDK (played by the always awesome Nathan Fillion) and the Weasel, who is just a big weasel. The fact that the squad members are very much disposable is also front and centre – a tagline for the film was “Don’t Get Attached” suggesting impending doom for some of the squad. In every measure from acting, cinematography, soundtrack, TSS is better than Suicide Squad.

Harley Quinn and The Rest

If perhaps not the most useful or powerful member of the squad undoubtedly Harley Quinn is the fan favourite and arguably central character of both films. Wisely TSS has had nothing to do with the Joker and is not even really referenced him. The backstory of the relationship between Harley and the Joker is genuinely horrific and it would be impossible to include the Joker and not drag the rest of the film down with it. Harley has more agency in TSS, she isn’t pining for the Joker, makes positive decisions regarding her life (if rather drastic ones) and rescues herself. The most important relationship for Harley in the film is her friendship with Rick Flag and she does talk about her bad taste in men and what she’s trying to do that about. Margot Robbie’s performance builds on previous roles as Harley and is making her into an increasingly complex character.

2016’s Suicide Squad was rightly criticised for introducing characters who did nothing and had no point in being there. TSS neatly sidesteps this problem with a great scene early in the film, and two of the lesser-known characters (completely unknown to me) Ratcatcher II and Polka-Dot Man have some of the most poignant and interesting moments – something its predecessor simply did not have.

Another thing 2016’s Suicide Squad didn’t have – Peacemaker. John Cena’s bizarre “hero” who loves peace and freedom so much he will kill anyone he has to so he can achieve it is certainly memorable. While extremely proficient at killing people he is also quite dim and his ridiculous, contradictory declarations are always funny.

As for the plot – 2016’s Suicide Squad barely seemed to have one and whilst the plot in TSS is ridiculous it makes sense, bringing in American geo-political interests, military coups and superweapons. There is a lot going on in TSS and there are numerous flashbacks and similar devices to set up the plot and this can be a bit jarring but it’s not difficult to follow.

An interesting addition to TSS was seeing more of the team behind the squad. We once again had Amanda Waller, the ruthless government agent more than happy to throw numerous prisoners to certain death, but also what is essentially her tech team. The IT types who manage the satellite feed, the communications, the people who make her nefarious plans possible. Some of these people are very much nerds and they are perhaps the “normal” people amongst giant sharks, impossibly expert sharpshooters and evil scientists. At times we are literally seeing the action from their point of view and they mirror the ethical problems we might have with Amanda Waller’s methods.

So in this titanic battle The Suicide Squad triumphs over Suicide Squad and despite my cynical attitude on certain companies and their willingness to endlessly reboot things it was nice that the Suicide Squad got to fight another day.

With The Batman Now Set In Earth-2 and Calls To #RestoreTheSnyderVerse, What Will Happen With The DCEU? 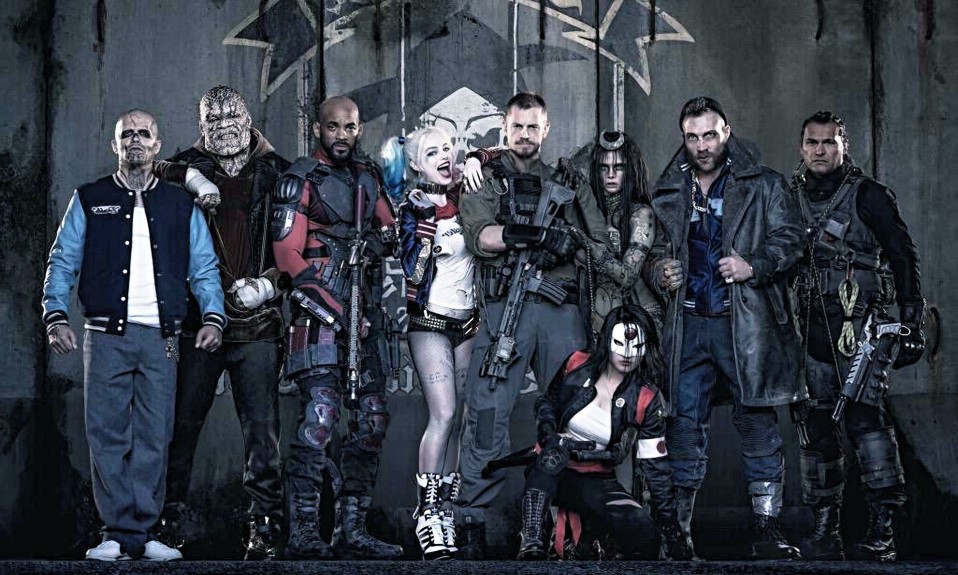