A woman around her thirties, living in London, surrounding herself with words, press requests, and journalists the whole day, and with a diary full of thoughts about weight, unavailable or undatable men, and the need for changing her life completely. Before you think this article is about me, you need to think again. This is about Bridget Jones, the lovely and chubby woman who ‘was born’ in 1996 thanks to writer Helen Fielding and her Bridget Jones’s Diary novel. However, it was only in 2001 that most of us got to know her because of the same-named movie by then first-time director Sharon Maguire (Incendiary, Godmothered) starring Renée Zellweger in the lead role. Twenty years after the release, I still know people who haven’t seen this movie, so it was time to make them aware of what they’ve missed all those years.

Let’s get ready to fulfil those New Year’s resolutions

Being single in your thirties isn’t easy, mainly because of those awful “your biological clock is ticking”, “Time is running out to find the right man”, and “When are you getting married” comments. It’s even worse during the festive period. After being again unsuccessfully introduced to her potential new partner Mark (Colin Firth) by her mum and experience a terrible New Year, Bridget (Renée Zellweger) is determined to turn her life around. Just like us, she writes down some New Year’s resolution, of which not “form romantic attachments to any of the following: alcoholics, workaholics, commitment phobics, peeping Toms, megalomaniacs or perverts and especially not fantasise about a person who embodies all these things” is one of them. However, that doesn’t go according to plan because that person is her boss Daniel Cleaver (Hugh Grant).

What starts as some innocent flirting soon becomes a whirlwind office romance. A romance she gladly talks about to her friends Jude (Shirley Henderson), Shazza (Sally Phillips), Tom (James Callis), and it even reaches the ears of Mark, who himself shares a dark secret with Daniel. Just like any relationship Bridget and Daniel’s has ups and downs, but when it reaches an extremely low point, that’s again another blow to Bridget her self-esteem; it seems that she’s back to her old single self. However, not before the dark secret between Mark and Daniel turns her life upside down again.

Saying that Bridget Jones was the stepping stone for Zellweger (Judy, New in Town) into the movie world would be an understatement. While some of us saw her in Jerry Maguire and Empire Records, her heart-warming, sweet and touching performance as the clumsy, insecure but also passionate and headstrong Bridget was the one she captures the hearts of many viewers with. She made sure that many women recognised themselves in the performances, and we all know what the feeling of recognition can do to a movie.

Before making Bridget Jones’s Diary, Firth (1917, The King’s Speech) already appeared in Pride and Prejudice (the television series) and Shakespeare in Love. This time, he again makes the audience swoon with a charming, typically British and skilful performance. Grant (Notting Hill, Love Actually) as a boss flirting with one of his co-workers? What would this movie be without that? He brings charm, wittiness and a lot of charisma to this movie and wait until you see his first appearance in this movie.

Also the supporting cast is the crème-de-la-crème of British acting. Gemma Jones (Rocketman, God’s Own Country) and Jim Broadbent are the best on-screen parents you can ask for. Jones because she’s giving a moving and silly performance as Bridget’s mother and Broadbent (Iris, Moulin Rouge!) with this beautiful and versatile acting. We also have to applaud Henderson (Blinded by the Light, The Fight) for her open and vulgar (but in a good way) performance, Phillips (Okja, T2 Trainspotting) for her touching and clever acting and Callis (Battlestar Galactica and Austenland) for providing us with one of the funniest moments in this movie.

Of course, those performances wouldn’t be able to capture the audience if it wasn’t for the incredible crew behind Bridget Jones’s Diary. Cinematographer Stuart Dryburgh (Alice Through the Looking Glass, Ben Is Back) knows a thing or two about camera angels. Wide ones for the gorgeous shots of London, the lively scenes between Bridget and her friends, and the flirty moments while close-up for the more touching and essential scenes. Both the stunning performance and fitting cinematography are being hugged by the incredibly soothing and relaxing score provided by Patrick Doyle (A United Kingdom, All Is True), making the whole movie come together.

A rom-com that puts an instant smile on your face

You already guessed it; if you’re not in the mood for a cheesy rom-com, then you have to watch Terminator 2: Judgment Day, which celebrates its 30 anniversary this year. However, if you’re in the mood for a delightful feel-good movie about the sweet Bridget Jones (with whom we can all resonate for one reason or another) that includes cheerful and emotional performance, a lot of witty moments and a feel-good soundtrack, then this is an absolute must-see (and so are the two sequels to this movie). 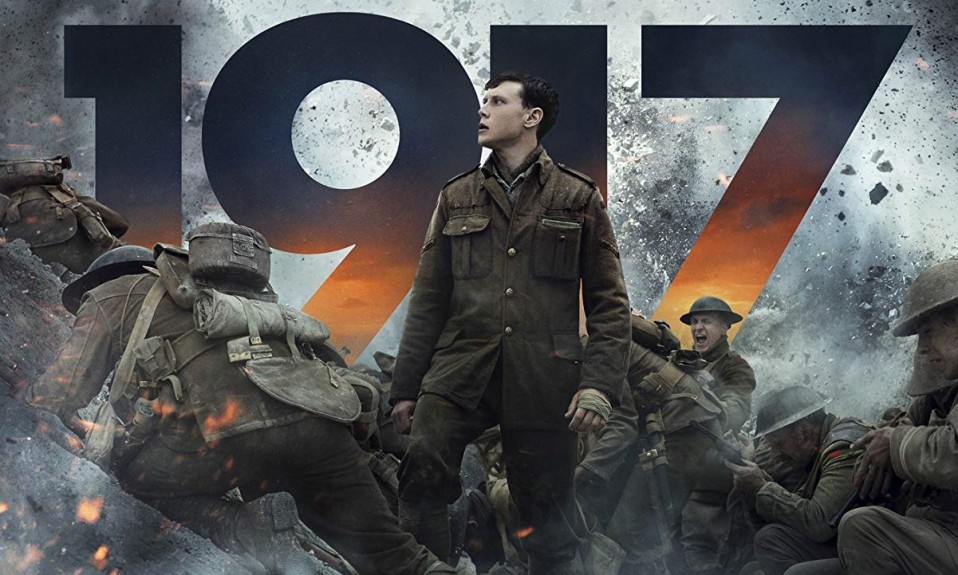