Typically vampires are for horror films. They are scary, terrifying even, the early silent film Nosferatu has lingered in the public imagination for a hundred years. But with What We Do In The Shadows season 4 being released on Disney Plus in the UK it’s worth remembering that not all vampires are terrifying.

What We Do In The Shadows – The Film

Taika Waititi and Jermaine Clement wrote, directed and starred in this mockumentary comedy from 2014, in which a documentary crew follow a household of vampires, capturing not only the killing, blood-drinking and monstrous deeds but arguments over chores and the daily problems of vampire life. Whilst the vampires were certainly dangerous they were also surprisingly sweet and likeable, their growing friendship with a useful human – Stu – and their illuminating monologues to the camera.

What We Do In The Shadows – The TV Show

WWDITS returned as a tv show with a different cast and is now set in Staten Island, New York. This time the vampires are Nandor the Relentless, a once fearsome warrior now perhaps a little too comfortable, Nadja Antipaxos, a 500-year-old Greek Romani vampire, who is married to – and the vampiric creator of – Laszlo Cravensworth, an English nobleman. There is also Colin Robinson, a far more modern creature and energy vampire, who sucks up energy from humans by being boring and insufferable, and Nandor’s familiar, Guillermo, a loveable vampire-obsessed nerd. These five bumble through life getting into feuds with werewolves, going to Superb Owl parties held by their friendly, if stupid, neighbour and occasionally trying to conquer America.

WWDITS has one of the best episodes of television of recent years; the episode titled “On The Run” is usually referred to as the Jackie Daytona episode. In an attempt to escape a debt to Jim the Vampire (played by the legendary Mark Hamill), Laszlo flees, leaving behind his wife and friends. Laszlo moves to Pennsylvania and takes over a bar, pretending to be a human named Jackie Daytona, utilising his fool-proof human disguise of jeans and a toothpick.

HBO supernatural drama True Blood was set in a world where vampires had made their presence known to humans after scientists developed a synthetic blood, vampires could drink and therefore would no longer need to feed on humans. Whilst by no means a comedy the show delighted in some of the odder aspects of vampire life, such as their love of puns (a major setting is the vampire bar Fangtasia), “boring” vampires like Eddie Fournier (played by the brilliant Stephen Root) who are far removed from the exciting stereotypes, and how vampires are perceived. One of the first scenes is in a convenience store where a very gothy cashier pretends to be a vampire to frighten a customer only for a real vampire (who blended in seamlessly as a typical Louisiana resident) to reveal himself.

Shadow of the Vampire

This is a very odd film from 2000 and is a play on the classic Nosferatu, indeed it’s the story of making the film. Sort of. John Malkovich plays F. W. Murnau (the director of Nosferatu) who tells the cast that their lead character, the vampire Count Orlok, is being played by an extreme theatre actor who insists on being in character at all times. Unsurprisingly this turns out not to be a complete truth and the actor is an actual vampire. The film plays with the tropes of filmmaking as much as it does with vampirism, when the vampire kills a key crew member Murnau is furious but does say, “Why him? Why not the script-girl?” as she is more disposable. Murnau is the ultra-controlling director, and the vampire is the difficult star. Orlok makes demands on script changes and personnel and threatens to go off in a huff if his demands aren’t met.

Cult tv show Preacher (based on the graphic novels) showcased many supernatural creatures in a different light – including vampires. One of the central characters, Cassidy (Joe Gilgun) is an odd vampire, he drinks, he fights, he causes trouble and swears a lot but is usually quite a nice guy, with perhaps his most shocking trait is disdain for The Big Lebowski. Whilst not a smooth talker he can be persuasive, at one point convincing an agent he works for Game of Thrones casting, he is also a romantic, with sex and drug-filled anecdotes that are almost poetic in their retelling. It deals with vampire issues that are often not addressed – such as Cassidy’s human son, now of course much older than he is and doesn’t speak any English, and Cassidy deals with this in his own inimitable style. Then there are the problems of vampire dating with Cassidy finding more people who roleplay as vampires, rather than actual vampires. Even the vampire cult Cassidy finds, where humans follow a charismatic vampire (a real one) on the path to becoming vampires themselves is somewhat disappointing.

Perhaps the thing that is most unusual about these vampires is that they are very human, in both versions of WWDITS relationships between friends are extremely important as well as the minutiae of everyday life. The vampire in Shadow of the Vampire wants recognition and respect, those in True Blood run businesses and despite immortality and vampiric powers can still be miserable. 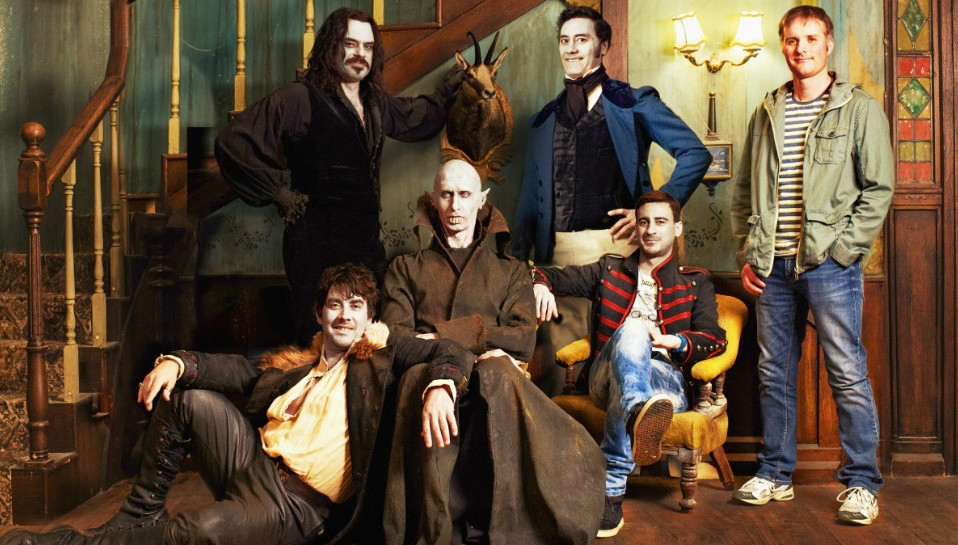