How long ago was it that you saw a great black and white film? A few days, weeks, months or is it that long ago that you forget it? Well, if there’s one black-white movie you will remember forever, it’s The Lighthouse from director Robert Eggers (The Witch, The Tell-Tale Heart). Together with co-writer Max Eggers, he wrote a very compelling story that is being turned into a masterpiece by Willem Dafoe and Robert Pattinson.

Thomas Wake (Dafoe) and Ephraim Winslow (Pattinson) are two lighthouse keepers who are being sent to a remote island. They will live there for only a few weeks but that will be much harder than they think. While both of them are lighthouse keepers, it’s Wake who’s clearly in charge of the lighthouse. Instead of being Wake’s prodigy, Winslow seems to be his slave. He needs to get the food in the pouring rain and heavy wind and needs to clean up the mess. At first, he’s fine with doing all these chores but it doesn’t take long before that feeling changes.

Living together 24/7 in a very small place is putting pressure on both men. Winslow is getting more agitated about his work, wants to operate the lighthouse and wants a woman he can love instead of living with an “old man”. Wake, on the other hand, is getting more annoyed by Winslow his behaviour and finds him very ungrateful. Deep down he wants someone who takes care of him and who appreciates the things he does. How long will it be before the men are getting at each other throats?

Since winning the FIPRESCI Prize at the Cannes Film Festival where the film got its world premiere, The Lighthouse is creating an Oscar buzz. One or multiple Academy Awards would be well-deserved as this movie is an outstanding one for many reasons.

This film was shot on 35mm and in the Academy ratio and it’s so liberating to see a modern film like that. These days we get to see revivals from more older films shot 33mm and so it’s great to see that director Eggers decided to honour that unique way of shooting in a more recent movie. If this would have been shot in colour, it would certainly have not the same effect. The Lighthouse is visually perfect and it fits the story impeccably well.

A big part of the movie is without a doubt the sound, especially at the beginning when there are not a lot of conversations. Whether the loud honks are imitating the sound of the boats passing by or just to create the right atmosphere of this film, they do the trick. It gives The Lighthouse a very special horror vibe but at the same time, the film also becomes a drama and psychological thriller. It transcends genres, that’s for sure.

The writing process for this film must have a very interesting one. There’s not much dialogue going on in this movie. Most of the conversations are either monologues of the two men following each other up or some drunk debates. Sometimes they don’t make any sense, especially when they come from Wake who’s suffering from loneliness, but they will leave you breathless.

Dafoe and Pattinson outdo themselves

These are monologues that are being brought perfectly by both Dafoe and Pattinson. What Pattinson (High Life, The Lost City of Z) didn’t have in The King, he has now in bucket loads in The Lighthouse. Charisma, the power to drawn people to the screen and to the ability to put on a spot-on performance. From someone who shows respect and loyalty at first to a broken man who doesn’t let someone walking over him. Pattinson allows us to sympathise with his character who has to endure a hard time. His performance reminds us of the one he put on in Good Time.

What about Dafoe (The Florida Project, At Eternity’s Gate)? Well, he’s just superb as the drunken, unstable and confused lighthouse keeper who has lost the grip on reality. The hangover scenes between the two men are just gold and bring a fun element to this film.

The Lighthouse guides you to the cinema

If there’s a movie you have to see on the big screen, it’s this one. After making the brilliant The Witch, director Eggers pulls it off again. The incredibly dark and hypnotic The Lighthouse will blow you away with its smashing cinematography and intense score and is an impressive two men act from Pattinson and Dafoe. Catch it while you can during the BFI Film Festival on Friday the 11th of October or Sunday the 13th. If you can’t make it, then you’re going to have to wait until the beginning of next year. Not sure if you want to wait that long… 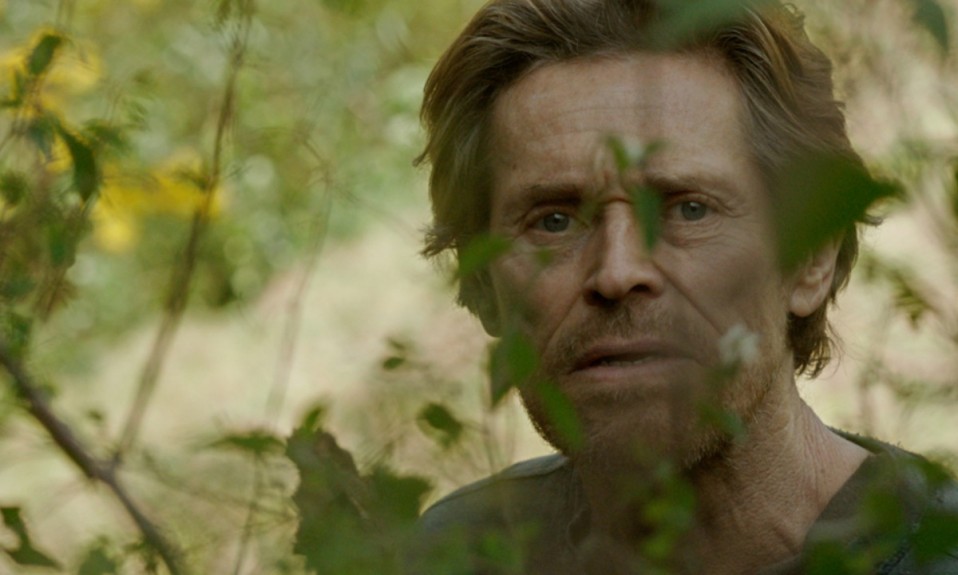