As any Star Trek fan will know the films are a mixed bag – ranging from the genuinely brilliant Wrath of Khan and First Contact to the practically unwatchable Star Trek: The Motion Picture. The recent run of films, starting with J.J. Abrams’ Star Trek, breathed new life into the franchise, but I never cared for these, to me they felt more like Star Wars than Star Trek. And then a little while ago it seemed like there would be a new director for the next Star Trek film – Quentin Tarantino. Perhaps not the first name that would spring to mind, but what would a Tarantino directed film be like?

Star Trek films have typically shied away from much of the possible blood and gore of fight scenes. Even when featuring Klingons, whose favour sword-like weapons, there was little blood. But even if you know next to nothing about Tarantino you will probably know his films are bloody. Kill Bill 1 and 2 are horrific limb slicing, blood spurting rampages. Reservoir Dogs has THAT scene involving Stuck In The Middle With You. At times Django Unchained is drenched in blood and one would expect Star Trek: Tarantino would be too. The traditional weapon in Star Trek, phasers, have never seemed to do too much damage but I’m sure Tarantino would have them blasting off arm and leaving gaping holes in people. I would have said at some point there would have been a samurai fight but with Star Trek already having done a sword fight maybe not.

There has never been much swearing in Star Trek. Certainly, at times it has been seen as a broadly family show. I watched it as a young child and only learning a few Klingon insults. Obviously, with a show running over decades, the idea of what they can and can’t be said has changed, the original series was usually restricted to Bones shouting dammit. I distinctly remember being shocked at Data’s use of the word “shit” in Generations. Quentin Tarantino, however, fills his films with profanities, The Dallas Observer went through his films and totalled up the swearing, Tarantino dropped the f-bomb 269 times in Reservoir Dogs, and throughout all his films has used that word 901 times. While it does point to a downward trend in swearing within Tarantino films we could expect Bones to be far more aggressive when explaining what he can’t do.

The single biggest change would simply be the tone of Star Trek. Traditionally, it has been a “nice” show, Earth and the Federation were beacons of justice, prosperity and equality. The original series was praised for its diverse cast and over the years it has become a near-utopian vision of the human race. They journeyed through space as explorers and scientists, never looking for a fight. The more recent films have tried a grittier and darker view of the universe they inhabit and I think it’d be safe to say Tarantino would raise this 1000%. In Tarantino even the good guys aren’t that good, in Inglourious Basterds, the heroes explicitly go out to torture, maim and do everything they can to terrorise the Nazis. In Kill Bill The Bride seeks revenge on those who wronged her but she spent years doing exactly the same work, hardly a hero. Would Captain Kirk go a revenge rampage? Is Spock using the science labs to make drugs? Has the ultimate epitome of Federation-niceness Captain Picard started mutilating captured Klingons? You dread to think what the actual villains might be like.

The problem with auteurs…

Ultimately the problem with having Tarantino direct Star Trek is that it wouldn’t be a Star Trek film, it would be a Tarantino film. I think this is what happened with Star Trek directed by J.J. Abrams – he is a director with a very particular style that I don’t think he could relinquish for the good of the franchise. On top of that a director like Tarantino would want to make his presence felt, much in the way Abrams did, starting over and rewriting what happened so he could tell the story he wanted to tell.

At the time of writing, it seems like this film won’t happen and another director will take over, which I think is broadly a good thing. Of course, there is a perfect Star Trek vehicle for Tarantino – the Mirror Universe, the alternate reality where all the main characters are evil. This is the origin of the trope of evil versions of good characters having beards, referenced in everything from South Park to Community. In the Mirror Universe, the director could have the characters go full Tarantino without spoiling Star Trek itself. 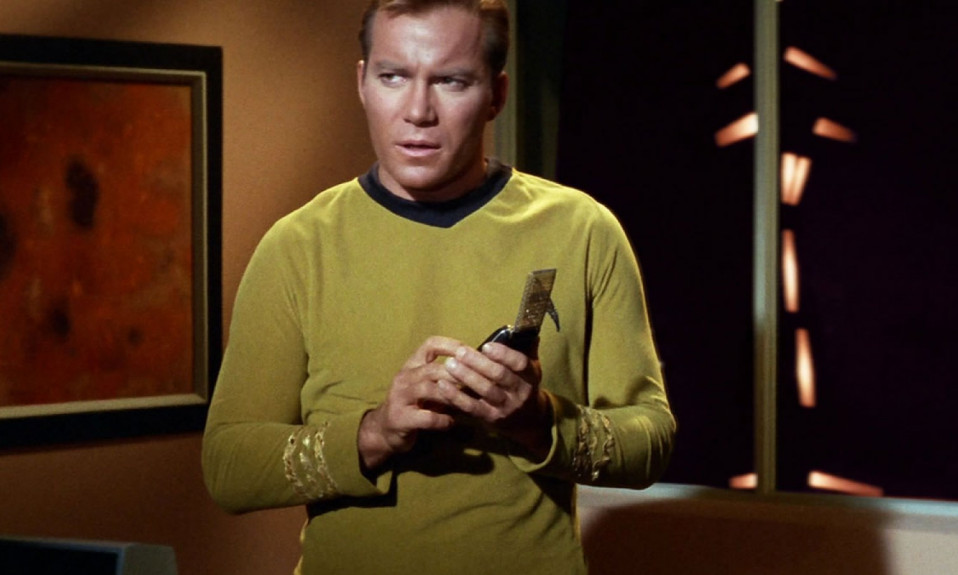