I was only eleven when Pulp Fiction was released but when I finally saw it a lot of references suddenly made sense. Pulp Fiction had a huge cultural impact and as well as influencing films it was referenced everywhere from Spaced to adverts for Cartoon Network. Quentin Tarantino is undoubtedly one of the most important and influential directors of the last thirty years. With his new film, Once Upon A Time In Hollywood, coming out later this year I have been watching a lot of his films – so what can you expect from a Tarantino film?

Tarantino has a very particular style of dialogue. A lot of filmmakers would say dialogue that doesn’t move the plot on is unnecessary but many of Tarantino’s films contain long conversations that are just people talking. They aren’t setting up for something later in the film or giving important exposition, they just talk. The best scene in Reservoir Dogs is the discussion between hardened criminals about whether or not they should tip in restaurants. Inglourious Basterds opens with a harrowing but mesmerising scene of a French farmer being interrogated by an apparently very polite Nazi and while this does set up a lot of the plot I would argue you could do that in ninety seconds. Later in the film characters play a version of the Rizla Game which is equally riveting. Many people have tried to imitate Tarantino’s dialogue and failed and he is probably one of the most quotable writers working in Hollywood today.

Like many auteurs Tarantino likes to use the same actors again and again. Samuel L Jackson has featured in seven Tarantino films (eight if we include True Romance) and actors like Michael Madsen, Tim Roth and Uma Thurman pop up again and again. Tarantino also has an odd trait of casting actors who perhaps wouldn’t be on most directors’ wish-lists. Who will get a small role in one of his films – someone like Oscar-nominated Christopher Walken who gave a great performance in Pulp Fiction or someone like Don Johnson, star of Miami Vice, who certainly managed to say his lines in the right order in Django Unchained? These unusual choices are all the more mystifying when Tarantino’s credibility and budget would allow him to hire just about anyone.

Tarantino soundtracks are usually very, very good. Not only in picking good songs like Misirlou by Dick Dale and Del-Tones or Woo Hoo by The 5.6.7.8’s but just in picking short bursts of music and sound. Songs that get featured in Tarantino films can lose all other context, Stuck In The Middle With You is a very good song and has a very pleasant sound but for millions of people, it will bring back one of the most brutal scenes in Tarantino’s work.

It doesn’t even have to be whole songs, it can just be a snippet of music – in Kill Bill: Vol 1 the character Elle Driver whistling as she calmly walks down a corridor to murder someone and after watching it the sound will be stuck in my head for days.

Tarantino does have a habit of including tough, strong women in his films. Obviously, four of the five Deadly Viper Assassination Squad in Kill Bill are women (as well as one member’s bodyguard, Go-Go). Shoshanna in Inglourious Basterds is an unstoppable force of nature, Daisy Domergue is as dangerous a villain as anyone and, of course, Jackie Brown is a much more toned down and realistic portrayal of a strong woman. The shot of Uma Thurman wearing the yellow and black jumpsuit holding a samurai sword is already an iconic image.

However, Tarantino’s sensitivity is not always what it could be, Kill Bill: Vol. 1 has a very distressing rape scene which I don’t think needs to be in the film at all and I have heard people say they were disgusted at the violence meted out against Daisy Domergue in The Hateful Eight; as they felt it was being played for laughs. With all that being said I do think Tarantino shows women in roles they often don’t get to play.

Tarantino films are violent and characters swear a lot. There’s lots of sex and drugs. Sections of Kill Bill are blood-drenched massacres. A Youtube edit of Pulp Fiction in which every word apart from the F-bomb is removed is almost four minutes long. If you make films about gangsters, drug dealers, assassins, slave-owners etc then you’re going to have to include unpleasant things. I’m not complaining about this as such, but it’s something to be aware of. Jackie Brown, a film about drug dealers, is probably the tamest, with the BBFC (British Board of Film Classification) only giving it a 15 certificate, practically a family-friendly film in Tarantino’s world.

Tarantino is by no means a perfect director and there are many problems with his work. Tarantino makes long films and I think even the biggest fan of his work would admit he needs an editor, or more accurately, someone to tell him not all of his ideas are brilliant and you can cut bits out. The Hateful Eight was over three hours long and bear in mind, nearly all of that film takes place in one building.

Then there is his other notorious problem – he keeps casting himself in his own movies when he can’t act. Sometimes it’s tiny, almost unnoticeable roles, like Answering Machine Voice in Jackie Brown but in Reservoir Dogs he was one of the gang and in Pulp Fiction he has the utterly bizarre role of one Jules’s friends. Not only did he cast himself in Django Unchained he made the unwise decision to adopt an Australian accent. Tarantino may well be a filmmaking genius but he’s been told that far too many times.

As I have mentioned Tarantino is a fan of strong language and he is very loose with using certain words – racial epithets – that he should think more about whether he really needs to use them.

So there is a brief overview of Tarantino’s work, how will Once Upon A Time In Hollywood fit in with it? 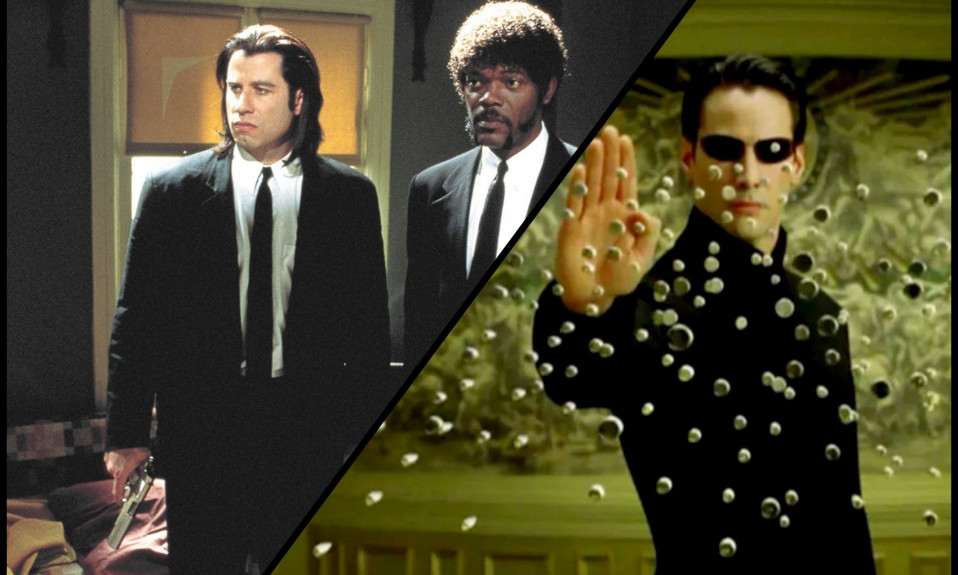