John was living a quiet life. Still in mourning for his recently deceased wife he spends his time caring for the dog she bought him and driving his classic car. After refusing to sell his car to Russian mobsters they decide to steal it and end up killing John’s dog. This was a huge mistake as John was actually a retired legendary assassin and was very upset about his dog. Before John can do anything the Russian mobsters decide to strike first and send people to kill him – who utterly fail.

Hutch was living a quiet life in the suburbs. He had a wife and two children and a good job at his father-in-law’s company. One night people break into Hutch’s house and steal a few things during which he complies with their demands. People mock Hutch for his perceived cowardice. This event seems to rekindle something within Hutch and while ultimately taking no revenge on the burglars instead looks for opportunities to get involved in a confrontation which he quickly finds, beating some thoroughly unpleasant people to a pulp. These people, however, were Russian mobsters who come looking for revenge. This was a huge mistake as it turns out Hutch is a retired legendary assassin and was very upset that they came to his family home.

These are the respective storylines of John Wick and Nobody – both enjoyable action films with a lot of similarities (both are written by the same person). However, there seemed a crucial difference between the two films. John Wick seemed to be genuinely retired and had no interest in killing sprees whereas Hutch is perhaps a little bored. At one point Hutch says perhaps after retiring from an action-packed life of a government assassin he went too far the other way in the incredibly quiet and docile life he made.

In both films, the villains are in organised crime which is a shorthand for saying are very bad people that we shouldn’t feel too much pity for as John and Hutch wipe them out. The spark of revenge for Wick that they kill his dog was rather inspired, I feel in many films it would have been Wick’s wife (who died of an illness) but in many ways killing a dog feels worse. As Billy points out in Seven Psychopaths “you can’t let the animals die in the movie. Only the women.” Already we feel sorry for Wick and angry with the mobsters and before Wick can do anything they try and kill him, so not only is it revenge but Wick is fighting for survival. In Nobody Hutch holds back from the people breaking into his house – he recognises them as desperate people who don’t want to hurt anyone. Hutch’s return to his old ways is later – when awful people get on a bus and start harassing a woman and he intervenes. It’s great that Hutch helped her but when he saw the people outside the bus he wanted them to get on, he wanted the confrontation, he wanted them to do something bad so he would have an excuse to attack them.

You are still on Hutch’s side as a viewer but I know for me it flagged something up – John Wick is reactive whereas Hutch is proactive and it subtly changed what was happening for me. For all of their similarities to me, this was a crucial difference between John Wick and Nobody. There are other “revenge” films with complicated protagonists, Prevenge is about a pregnant woman killing the people she blames for the death of her partner – importantly it is pointed out repeatedly that her partner’s death was an accident, even judged so by a court, so her revenge seems unjustified. While I feel Prevenge is well aware of this and deals with the problem that the viewer may turn against the protagonist I’m not sure Nobody ever does. Tarantino’s Kill Bill films are an epic revenge story and again, someone who had given up their dangerous life for peace (although the Bride essentially admits it wouldn’t have lasted) – a line from Bud “That woman, deserves her revenge and… we deserve to die. But then again, so does she.” points out that she may well be warranted in killing them but other people would feel the same about her.

Ultimately what may make Nobody work is Bob Odenkirk, a fantastic actor who has spent years playing Saul Goodman/Jimmy McGill the morally corrupt lawyer from Breaking Bad and Better Call Saul. It’s hard to dislike Odenkirk and so it’s easy to root for Hutch especially as unlike the always impeccably cool John Wick/Keanu Reeves both he and his character seem more ordinary. Perhaps the problem with Nobody is that you could turn the premise of the story around – Yulian (the main villain of Nobody) seeks revenge after a former government hitman who rides around on buses looking for trouble brutalises his younger brother – although you’d probably have to make the younger brother a more sympathetic character. 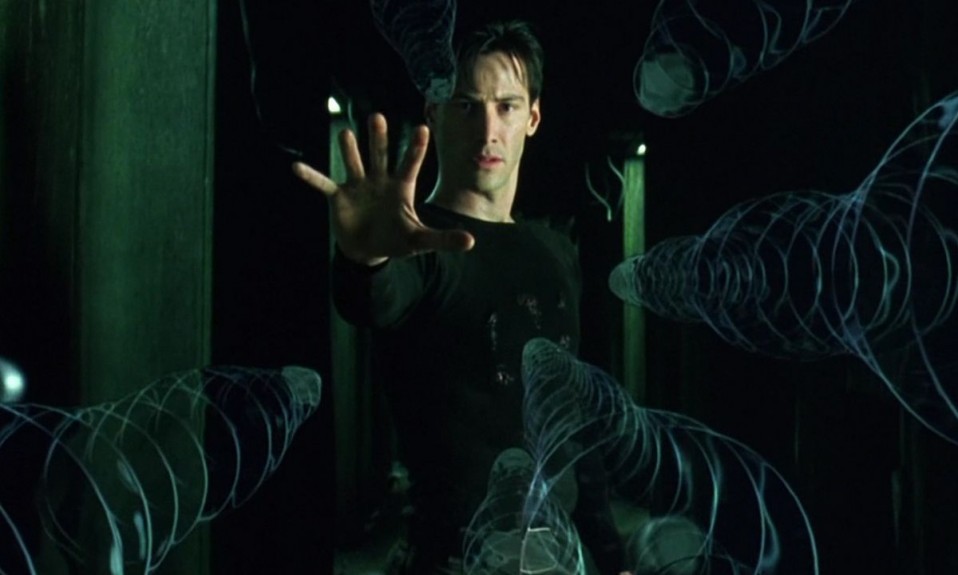 The Matrix: Twenty Years On