Fresh from its debut at this year’s Cannes Film Festival, we caught up with French filmmaker, Jenna Suru to discuss her latest film L’Âge d’Or (Golden Age). L’Âge d’Or tells the story of a French-American producer who meets an ambitious French theatre actress in Paris and decide to undertake an artistic project together.

Presh: What was your inspiration for the film? Are there any direct influences from your own upbringing?

Jenna Suru: My upbringing had a major influence on “L’Âge d’Or”. I started acting when I was 8 years old in Paris and 17 years old in Los Angeles. Then I made my final commitment to become a filmmaker and tell stories that will inspire the audience. I opened my feature film company Belle Epoque Films in France in January 2015 as moving to London, where I stayed and produced movies for about 2 years. I’ve put all the best of these inspirations in “L’Âge d’Or”. The film is a period drama set in 1967, a tribute to artists who went to Saint-Tropez in South of France in the 60s to change that world that didn’t work for them.

Saint-Tropez was a very important inspiration to me as a filmmaker to create “L’Âge d’Or”. Discovering this village that used to be a small fishing harbour and became this internationally famous point of gathering has touched my heart. It’s a village like none others, where such great artists from the UK, the US and over the world gathered to create masterpieces, where such movies as “God created women” starring Brigitte Bardot were shot. Filming there and in the 35 exceptional locations of the film was one of the deepest experiences of my artistic life.

The film makes references to the socio-political climate of the time in both the United States and France in the late 60s. How do these pressures affect the decisions Sebastian and Angèle make?

There were many pressures and tensions indeed at the time: the Vietnam war, racism, riots in America and Europe… These pressures tremendously affect the decisions Sebastian and Angèle make in the film. Sebastian and Angèle are a modern tribute to the artists that involved in May 1968, Woodstock, Isle of Wight… to change that world that didn’t work for them.

Sebastian is a penniless Franco-American producer living in Los Angeles, who returns to France in his mother’s footsteps to flee the Vietnam War. He’s convinced that art will enable him to change his life, in this world turning upside down. Angèle is an ambitious theatre actress, who plays in small Parisian theatres in front of empty seats. She’s more ambitious than what the world she’s living in has to offer her. As a woman, she feels she’s mainly asked to become a decent mother rather than pursuing any artistic purpose.

Both desperate to change the world, they decide to embark on an artistic project together, ending up in a little village in the South of France: Saint-Tropez… In this village tinged with artistic revolution and music, the experiences they have together will soon force them to face up to their choices. How far are they willing to go to change this world that doesn’t work for them?

One of the main key parts of recreating the ’60s was to find the ideal locations for filming. I wanted the locations to be authentic to restore the atmosphere of the 60s. After a lot of research and location scouting, we managed to shoot in the locations that were at the very top of my wishlist. We shot in about 35 exceptional locations across France and USA for the film, including the Bir-Hakeim Bridge near the Eiffel Tower, Notre-Dame Cathedral, the Saint-Tropez harbour, etc.

Costumes, hair and make-up also needed to be picked up precisely to match the feel of the 60s. We did a lot of work on props and set design. The house where interior scenes (bedroom, living room, bathroom) and scenes in the garden or pool were shot, was also carefully dressed. Cars were chosen very precisely, all the cars you can see on screen are vintage cars: police car, sports car, 404, DS or Simca, the oldest of them, a Simca Presidency, dating from 1957.

You cited Blues and early Rock & Roll influences like Chuck Berry, Jimmy Reed and event the Rolling Stones as key musical influences of the film. How did you go about developing the music for the “L’Âge d’Or”? Will we see some of there music included as well?

Developing the music for “L’Âge d’Or” was a big challenge as the Saint-Tropez of the 60s can’t be recreated without music, which holds a very important place in the film. For “L’Âge d’Or”, I chose songs from the very best artists from that time including Chuck Berry, Jimmy Reed… Those who will watch the film will see how important music is, from beginning to end!
I created a British band composed of a singer, a guitarist, a drummer, a bassist and a pianist. We recorded the soundtrack in a studio, making sure the musicality would correspond to the musical universe of the film, including the use of Gibson’s guitars from the 60s.

What were your favourite moments of filming?

Filming around Notre-Dame Cathedral for the opening of the Film was very moving. It holds a very special place in my heart, and the Cathedral is specifically mentioned by Sebastian and Angèle in the film. I feel it’s important for us filmmakers to contribute to keeping the memory of those wonderful places, especially considering the recent events.

One of my favourite moments is also the dancing scene in the bar of the Sube Hotel, a privileged place in the harbour of Saint-Tropez since the 19th century. This exceptional location takes us back to the hectic atmosphere of dancing at the time, here on great English rock. There were quite a few dancers involved in this scene which is a tribute to the importance of dancing in the ’60s. The period station and train, where Angèle and Sebastian arrive from Paris, are also very inspiring and authentic. They restored the atmosphere of the vintage railway stations, with a real train from 1967 and a real stationmaster.

What do you hope audiences will take away from this film?

I hope “L’Âge d’Or” will help the audience find answers to their questions about changing the world on their own scale. The film suggests some ideas of how you can bring change as an artist, which is a tough journey and also often requires putting aside your personal success. The Beatles perfectly exemplify how artists managed to bring change in the 60s, for instance when they refused to perform in front of a segregated audience in Jacksonville in the USA in September 1964.

I often think about all of those who just like me are reading the news in the morning and are reminded everyday of how crazy this world is turning. The film suggests some ways to bring change through the characters of Angèle and Sebastian and encourages the young generation to take action. 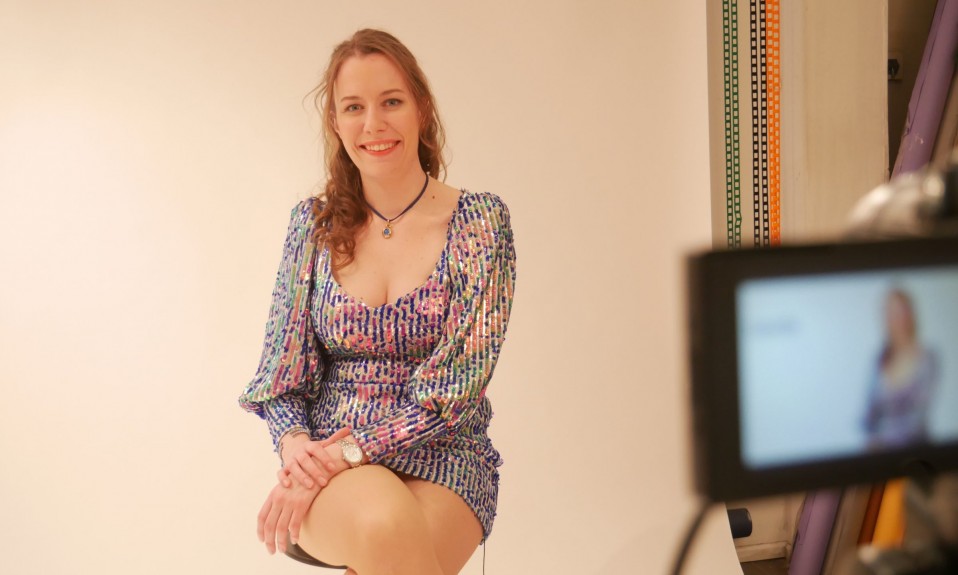 Jenna Suru (The Golden Age) | Behind The Scenes | Interview