One of the most interesting aspects of Rian Johnson’s Knives Out sequel Glass Onion is the portrayal of tech billionaire Miles Bron who is not always seen to be the super-genius the world thinks he is. Billionaires and the super-rich have long been the subject of Hollywood for nearly as long as Hollywood has been around but how the world feels about billionaires has changed as how Hollywood has portrayed them. Each of these billionaires is different and each their own “billionaire brand”.

Orson Welles’ masterpiece Citizen Kane showed us the life of Charles Foster Kane, born into poverty and ending his life with incredible wealth and power. Kane is an interesting example, quite often he is a sympathetic character and charming. Kane’s declaration that he cares nothing for oil wells and steel mills and will focus on his newspaper interests and the determination to turn a failing newspaper into the most respected and successful paper in the country is somewhat admirable. Kane is shown as a passionate and ambitious individual, indeed, despite inheriting a vast fortune he is determined to do more with it. As the film goes on we see more and more of an uglier side to Kane, his political campaign is deeply unsettling and many of his personal relationships fall apart, eventually withdrawing into his pleasure palace.

Two of the biggest superheroes are actually billionaires, and not only that, billionaires who inherited their wealth. The contrast between Bruce Wayne and Tony Stark is dramatic – in Batman Bruce Wayne is a reclusive oddball, but in more recent films often he adopts the guise of a spoilt playboy, whereas Stark in Iron Man is a charismatic frontman of a huge company, prone to outrageous behaviour. Even when Stark has his revelation and vows to change his company and personally get involved in saving the world, the brash exterior remains. Whilst both have inherited their wealth there is the implication that both are extremely intelligent and talented, especially with Stark inventing his superhero suit.

Recent commentary on both of these characters has focussed on that if Wayne and Stark really wanted to help people they wouldn’t squander money on gadgets but use their vast wealth and influence to work against poverty and disease and wouldn’t need to beat anyone up. None of the films has really engaged too much with this, we are meant to see them both as good guys who are congratulated for not ignoring the problems around them.

Supposedly the cleverest man in the world – and the richest in the Watchmen universe – Adrian Veidt started as the superhero Ozymandias and did the typical superhero stuff. But Veidt soon comes to the conclusion that he is very much rearranging deckchairs on the Titanic as nuclear armageddon is looming. To the public, Veidt is working on a project to create limitless free energy which he hopes will calm the Cold War, but secretly is working on a terrible attack on the world that will force the USA and USSR to cooperate. He will kill literally millions to save the world.

Logan Roy and Miles Bron are perhaps the two sides of the powerful billionaire we see portrayed today. Logan Roy is an ageing owner of a vast corporate empire including a huge chunk of media giving him considerable political clout, so much so that Logan regularly demands favours from presidents and/or belittles them. Logan is brutal in business and in his personal life, destroying rival companies, poisoning political discourse in America with his absurd Fox News-like ATN and orchestrating dirty trick campaigns against enemies (at one point another character states he can’t remember whether it is true that someone had syphilis or if they had made up the story). If anything Logan is worse with his family – his children are sometimes useful pawns, sometimes disappointments deserving of his contempt but never family members who he loves and respects. Logan is good at what he does, however, even if what he does is horrible and in the course of the show he has survived a stroke in the first episode, repeated attacks from various close family members, criminal investigations from the government and more.

Miles Bron on the other hand is essentially a lucky, stupid, thief. He has done literally nothing to earn his wealth (and that’s even before you get into the argument of if a person can earn billions) but wants an image of a genius rebel innovator. He half-understands numerous concepts and then talks about them like he is an expert and is convinced that he can succeed on nothing more than his own Miles Bron brand, and that nothing as mundane as legal proceedings or the laws of chemistry and physics can stop him.

Also Read: Why Watchmen Is One Of The Best TV Shows In Recent Times 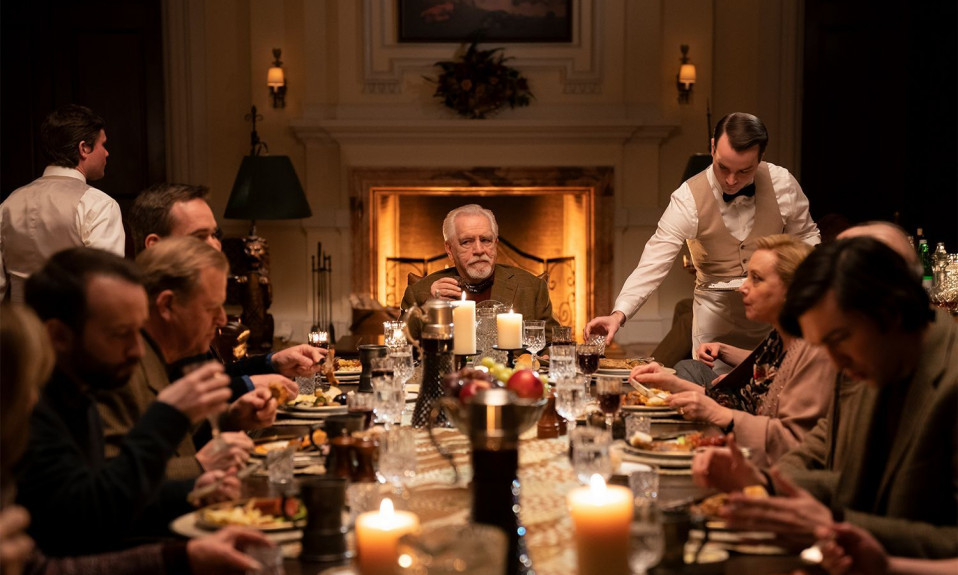 Succession: Season 3 – Where Are We Now?

BLACK to the Future: The Rise of AfroFuturism