This column contains spoilers for the new version of Queer As Folk which is currently available to stream on Stars UK.

Queer as Folk has an almost totemic place in queer culture. The original show, which aired on Channel 4 in 1999, is often evoked by gay men, and others, as something that introduced them to a metropolitan gay life that existed beyond the trappings of a regional existence. There is a recurring image presented by gays on Twitter of the young queer watching it on TV in secret with the sound turned as low as possible, resting one hand on the remote control ready to switch to any other channel.

I first watched the show when it was uploaded to 4OD (or All4 as it is apparently called now, though I don’t know a single person who calls it that.) It was filled with sex and unapologetic gay men. It was soapy at times, yet always wore its specific brand of humour well, a type of humour that would continue into its creator, Russell T. Davies’, later projects too. The original series followed Stewart, Craig, and Nathan, three gay men living in Manchester who spent their weekends out on Canal Street. Even when I watched it, in 2008, that seemed radical. Perhaps, as a symbol of how groundbreaking it really was, nearly two decades later, very little has come close to it. There were men kissing on screen, something I’d very rarely seen, and they were often naked, in the throes of sex, and, heck, the show even featured a discussion of “rimming” in the first episode. Outside of sexually progressive American shows like Sex and the City, which, like Queer as Folk, often found itself at the receiving end of moralistic diatribes, the sex on Queer as Folk was like nothing I’d seen before and that’s one of the reasons, I think, the show was so popular with the aforementioned closeted teens; it showed them what gay sex looked like.

Since 1999, however, few shows have followed in its footsteps. There was the American remake of Queer as Folk, which aired on Showtime, that followed the same basic plot of the original but ran for five seasons rather than the two produced in the UK. It expanded the two female characters from the original show, making them integral in its main cast. There was, of course, Will and Grace, which premiered a year before Queer as Folk, but, though groundbreaking in its own way, this still found it necessary to place its gay lead opposite a straight woman and relegate its femme character to a supporting comedic role. In 2004, Showtime introduced us to The L Word, a show about a group of relatively wealthy lesbians living in Los Angeles and, in a post-Lena Dunham world, HBO’s Looking tried to ground a queer experience into something more realistic and millennial, but was unfortunately cut short. Most recently, Netflix’s Heartstopper has drawn significant attention for focusing on a gay love story between two teenagers but, other than that, very few shows since Queer as Folk have focused exclusively on gay characters. Especially when you think of many how shows and movies regularly feature all-heterosexual casts. Instead, we mostly see shows like Glee, Skins, Riverdale, Downton Abbey, Scandal, and Grey’s Anatomy including queer characters within their regular cast and giving them storylines which, despite a few exceptions, deal with coming out, hiding their sexuality, or being bullied.

Now, in 2022, Stephen Dunn has revivified Queer as Folk for a second time, creating a new version of the iconic show this time set in New Orleans. Shades of the original show remain, however, and it hits similar beats. In the first episode, for example, a baby is born and the baby’s father is our queer leading man who has donated his sperm to his friends. There’s a high school student who becomes infatuated with an older man, and a character who dies early on, making our lead characters question their own mortality. Yet the fact that Dunn is at the helm of this reimagining always meant that this Queer as Folk was going to be a little different. Just like his brilliant debut feature Closet Monster, which featured talking hamsters and body horror influences, this version of Queer as Folk is trippy, filled with dream sequences, haunting flashbacks, and one long shrooms-induced hallucination that fits excellently within Dunn’s wheelhouse. The show, too, features heaps of sex, pushing the boundaries for NBC’s streaming service Peacock that made it. Its sex is radical, too. Not only centering cisgender bodies but offering up narratives around sex and disability, as well as looking at sex and gender. Beyond its bold style and radical sex, Dunn, who serves as writer, showrunner, and director for three episodes, has assembled a cast that is less white and less cisgender than its predecessors. It also features a predominantly queer cast.

At the heart of the show is the potentially toxic friendship between Brodie (Devin Way), a queer black man who has recently dropped out of Med school, and Ruthie (Jesse James Keitel), a trans English teacher who is about to be a mother yet doesn’t want to give up the party lifestyle that has maintained her thus far. The two enable the worst in each other, whilst also proving to be loyal and robust sounding boards for the other’s problems. Ruthie’s partner, Shar (CG), is non-binary and is facing the complex emotions that come with giving birth to two twins while panicking that Ruthie might be having second thoughts. Elsewhere, Devin’s brother Julian (Ryan O’Connell) has trouble reconciling his desirability and capacity for love within a community that continually others him for his cerebral palsy, and Marvin (Eric Graise), is a wheelchair user who tries to navigate a deepening relationship with a sex worker named Ali (Sachin Byatt). There’s also an excellent and tender performance from Armand Fields as Bussy, a local drag queen inspired by Dunn’s friendship with Chi Chi Devayne, best known for her appearance on season eight of Ru Paul’s Drag Race who unfortunately passed away in 2020. It also features Juliette Lewis as the mother of a young queer boy, a role inspired by Dunn’s own mother, and a scene-stealing turn from Kim Cattrall as Devin’s mother who, as one Twitter user wrote, really throws “her whole pussy” into the role.

Outside of expanding the “queer” of Queer as Folk, the most drastic change to the source material is the show’s new ripped-from-the-headlines premise. During the first episode, while Mingus, a young, gender fluid drag performer is making his debut performance on stage at the local gay bar Babylon, an unnamed shooter with an assault rifle forces his way into the club and opens fire. This, a scene intentionally reminiscent of the horrific mass shooting at Orlando’s Pulse Nightclub in 2016 and, eerily, has similarities with the recent shootings in Norway last week, hangs over the rest of the series. Over eight hour-long episodes, those who were there as well as those who weren’t grapple with the effects of that traumatic event. They attend corporate-sponsored benefits in which the grieving families are given brand new cars, and, in retaliation, start up their own radical queer party night called “Ghost Fag”.

At times, the show’s attention to this grief waivers. It seems to come and go when the story demands it.  But it’s a bold choice that might silent naysayers who question why there needs to be Queer as Folk reboot in 2022, when we’re seemingly in a post-gay world. “Post-gay” is a politcal illusion that looks only at white, middle class queerness, and doesn’t consider intersectionality. So a show that explores the messy, interconnected qnd community-driven stories of a group of queer people is perhaps, and please excuse the cliché, more necessary than ever.

After all, last week, when the US Supreme Court overturned Roe Vs Wade, the law that granted women and pregnant people access to legal and safe abortions, Judge Clarence Thomas wrote that it was also time to review the laws around gay marriage, the right to sexual privacy, and access to contraception meaning that, in the coming months, many other rights in the US have the potential to go the same way as Roe. It should also be noted that, in 1991, Thomas was accused of sexual harassment by Anita Hill during his confirmation hearing and the case was famously mishandled at the time in what was seen as a back door deal between Republicans and then-Senate Judiciary Committee chair, Joe Biden. Before Thomas’s statement, various US states had already introduced nearly 240 anti-LGBTQ+ bills including the so-called “Don’t Say Gay Bill” in Florida and many others specifically targeting Trans and non-binary communities. Here in the UK, it isn’t much better, with the media classes and Conservative elite becoming obsessed with transness and routinely attacking any attempts at progress. The Prime Minister, Boris Johnson, in an attempt to gain favour after a series of scandals, recently waded into the discussion around trans people in sport (a transphobic dog whistle around a situation that, in actuality, bears little relevance to the lives of most trans people in the UK). There have also been attacks on trans healthcare in the UK, routine pile-ons orchestrated by so-called “gender criticals”, and continued manufactured outrage over menial issues, such as inclusive language and misrepresented policies within workplaces.

As such, at home and in the US, the rise of anti-LGBTQ+ sentiment and the specific, cruel focus on trans people means that this latest version of Queer as Folk is still, unfortunately, as groundbreaking as its previous interactions. It’s still just as entertaining, too. After all, no matter whether it’s 1999, the early noughties, or the present day, there is nothing as queer as folk.

Also Read: How Film Changed Me: On Queerbaiting 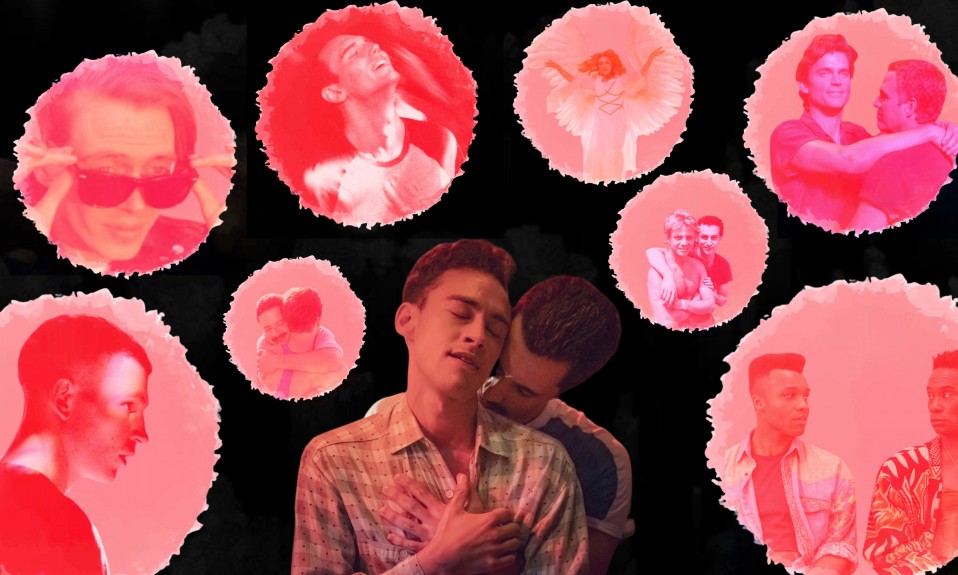 How Film Changed Me: On It’s A Sin

5 More Movies That Don’t Need a Sequel, Reboot or Remake 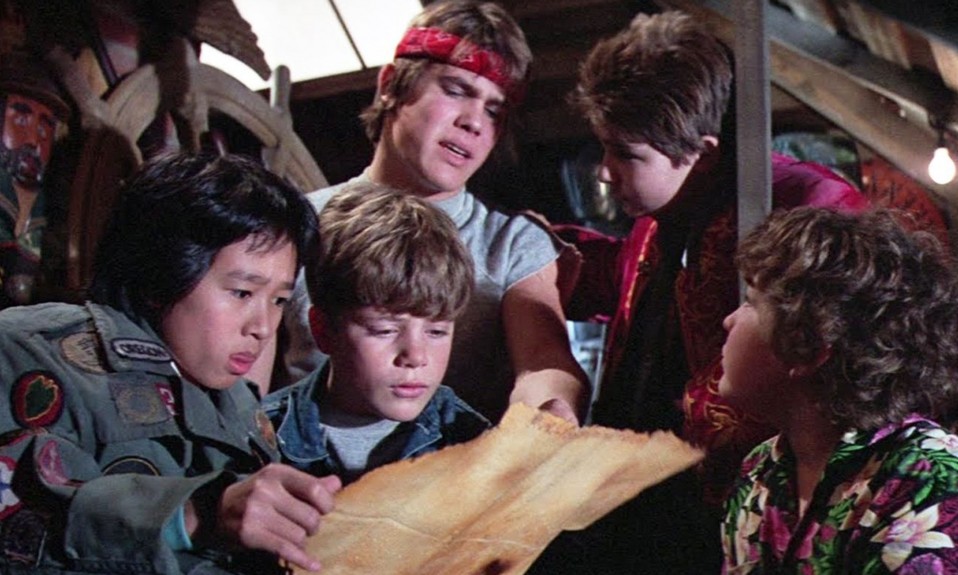 Don’t Make That: Films That Don’t Need A Sequel/Reboot 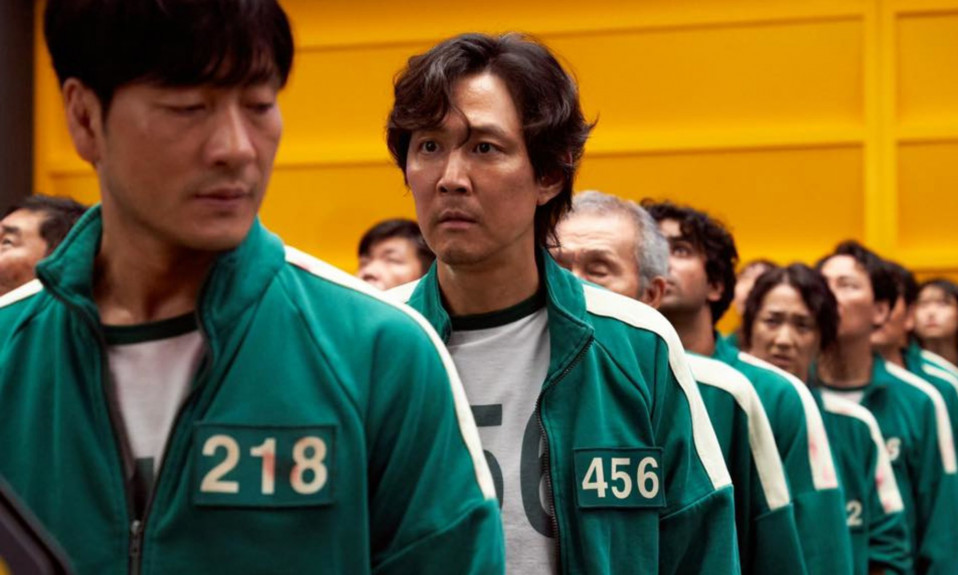