Teen shows are not like they used to be. Gone are the days of Jessie on Saved by the Bell being “hooked” on caffeine pills to help her study, or Carlton on the Fresh Prince of Bel-Air “accidentally” taking speed. It’s hard to imagine a lesbian kiss, much like Marissa and Alex shared on The OC in 2003, holding a lot of weight in the cultural zeitgeist, when shows include thirty dicks in their first season alone. Heck, even a show like Skins, the controversial programme of my teenage years, looks like toddler time at a church hall over a decade after it first aired. In short, what constitutes pushing the envelope has changed significantly, and that is primarily due to Euphoria.

If you, like me, have been watching the second season of Euphoria, then you’ll know what it means to feel stressed. The opening episode alone featured a girl hanging her head out the window of a truck while the boy driving hit up to 90 mph, and later that same girl hid in a bathtub to avoid being caught having an affair (that second one was tenser than it sounds, I promise!). The premiere ended on a distinctly violent note, too, in which the show’s villain, if one can talk about Euphoria in such binary terms, was beaten to a pulp by the local drug dealer. Yet none of that compares to episode five, in which Rue (played exquisitely by Zendaya) goes on the run after refusing rehab, and, honestly, it’s still too soon to talk about it even two weeks later. But, in all the chaos, the show is often funny. A scene in a recent episode in which a large number of the female cast discuss the musical Oklahoma! in the school bathroom is a brilliant piece of comic writing.

Amongst all this tension and humour, though, the show has consistently been a lightning rod for discussion by those who say they get the show and those who don’t. Its first season was measured by how many dicks were on screen (was it 30 or 80?), and it was dogged by a moralistic discussion of how much sex was too much. Was it appropriate to show teen characters, albeit those being played by adults, taking drugs and having sex? This was mixed up in the endless debate surrounding whether shows like Euphoria glamorise sex and drug use or condemn them, as if each piece of art needs to have a clear moral position on every issue it chooses to engage with.

The show’s second season, currently airing on Now TV in the UK, has been chiefly used as a litmus test for coolness. If you say you don’t understand the show, you’re old and out of touch (either that or you admit to your own “uncool” teenage years). Moreover, people have questioned whether the show is any good when you peel back its shocking parts. Recently, various writers have levelled accusations of valuing style over substance, with Dazed calling the show a walking meme and The Guardian proclaiming season two contains “far too much nudity, sex and violence.” Still, the show has repeatedly dominated online conversation each week and has seen its viewing figures double since it premiered in 2019. Clearly, something appeals to people, and surely that can’t all be smoke and mirrors?

I have found, perhaps surprisingly given its success, that the show’s second season reminds me of  John Cassavetes’ deeply depressing 1974 independent masterpiece about a woman’s declining mental state, A Woman Under the Influence. Not in its style – Cassavetes always favoured realism, and his films are brutal in their commitment to the grimness of reality – but in its central performance. It is certainly not light praise to compare Zendaya’s turn as Rue Bennett, a teenage drug addict, to that of Gena Rowland’s as Mabel, the latter a performance which crops up often in discussions of the greatest ever captured on film. Yet there is something to be said for the sheer panic of them; the way both actresses relinquish themselves totally to their respective roles.

Watching the first ten minutes of episode five, when Rue discovers her mother has flushed her stash, I saw shades of the scene in which Mabel’s family try to convince her to go to the hospital. Mabel’s demeanour moves from fear to denial to anger. When the doctor shows up, she makes nervous jokes, becoming increasingly uneasy as the inevitable dawns on her.  It is a heart-breaking scene, one that feels painful to watch—much like those opening ten minutes of episode five were, with Rue spiralling between severe anger, terror, and regret.

A Woman Under the Influence was initially written as a play, but Rowlands told her husband, Cassavetes, she could not do the role eight times a week. It would be too demanding and too draining. Her performance earned her an Oscar nomination although, shockingly, she did not win, a decision that looks even more bizarre in hindsight. Zendaya has already won an Emmy for her role on Euphoria, and rightly so, but just as Rowlands found the idea of performing as Mabel, again and again, to be impossible, it’s a wonder Zendaya is able to manage the long shoots the show demands. Even the actress herself took to social media before season two started and told fans that it would not be an easy ride. Of course, the vehicle is different. A Woman Under the Influence was made with very little money, with Cassavetes literally stealing electricity and casting his own family in most of the roles. By contrast, Euphoria is a buzzy and expensive show funded by HBO. It routinely employs complex camera tricks, dream sequences, and complex deconstructions of its artifice, but the whole show feels rooted around Zendaya. Like Rowlands before her, Zendaya is carrying the weight of something on her back. Still, both actresses handle it with total grace and leave their audience in awe. I find myself, each week, texting my friends with the same simple worlds: Zendaya really is the best actress of her generation. 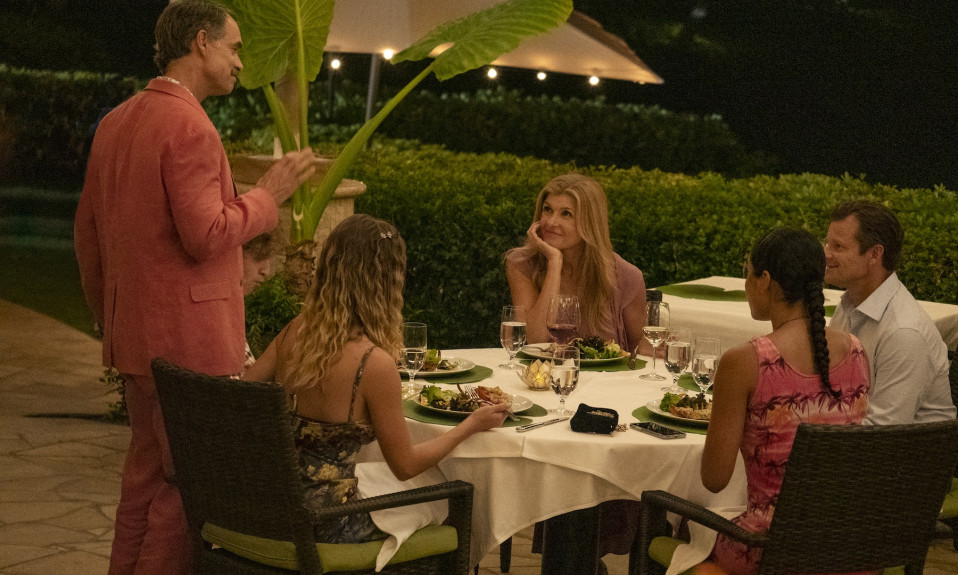