Big Picture Film Club’s First Look series takes a look at upcoming films that have grabbed our attention, with the aim of finding out more about the release and the creative minds behind the projects.

The Isle is the second feature film from production company Fizz & Ginger Films. Set in 1840’s Scotland, The Isle is a Victorian supernatural folk horror set on a island and stars Conleth Hill (Lord Varys in Game of Thrones), Alex Hassell (The Miniaturist, Surbubicon), Fisayo Akinade (The Girl With All The Gifts), and Tori Butler Hart (Edie, Keeping Rosy). It is co-produced by Great Point Media (Lady Macbeth), veteran actor Sir Ian McKellen is an investor in the film.

We spoke with the director, Matthew Butler Hart, about his film you can read our Q&A below:

Big Picture Film Club: Taking a supernatural horror and setting it in 1840’s Victorian Scotland is a distinct combination of styles – how did the concept of The Isle come about? And what were your inspirations for creating this?

Matthew Butler Hart: For us setting what is basically about an old-school ghost story in Victorian times makes complete sense as they were very superstitious times and society as a whole was fascinated by anything ethereal. But the catalyst was actually seeing the island where we shot it, Eilean Shona, which had been a thriving community until the 1800’s when it was abounded because of food plight in the area. A lot of the cottages have been restored now, but as soon as you set foot on shore (the only way to get there is by boat), you immediately feel as if you’re in another time and you can almost see what life was like there in the 1840’s. There was also a local story about a woman who had been found murdered on the island around that time, so various things started to inform where we were going with the story. And I have always loved Greek myths so we essentially mixed Scottish myths with the story of Persephone and the sirens singing sailors to their deaths. The feel of the film is very much in the style of films of the 1970’s, which is a period of film I love, and in particular folk horror, with more subtle storytelling and sometimes a slower pace than we have now with a lot of modern horror films. It’s been compared to The Wickerman and The Witch, so you can quite quickly get what kind of film it is from that, I think.

BPFC: Now on your second feature film, what were the most valuable lessons in producing Two Down – Fizz & Ginger’s first Feature Film – that you were able to apply to The Isle? And what advice would you give first-time filmmakers?

MBH: Two Down was our first full-length feature and has just been released in the UK, and considering we completed it in 2015 I think the first thing we learnt was patience! But I would always say to first time filmmakers is write intelligently. It’s very likely you’re not going to have a huge budget to play with so be clever with where things are set and what is genuinely achievable with your money. And you have to be adaptable. We wrote around locations we knew we could get, and if we found that we couldn’t shoot somewhere, change the scene and use what you’ve got. I think a lot of first films really show up as having small budgets when you haven’t spent time on things like the setting, the sound, and grade. Lots of people set things in their own house, but you’d be surprised what you can get for very little if you look around and ask favours. It’s all about boosting your production value in whatever way you can. Bad sound will kill a film, no matter how good it looks, so we spend the time replacing every sound (not the dialogue unless it’s needed), and Tori and I do that ourselves with our editor Will Honeyball. It’s long and sometimes quite boring and often people will never know that that chair scrape was put on later, but they’ll certainly know if it sounds wrong if you’ve used the sound from the shoot and the perspective or acoustics are with the shot you’re using. And I think getting real instruments on the soundtrack is another way to boost production value. Again it doesn’t need to cost the earth and people are willing to help out a lot more than you think on a first feature if they like the story, and you! It gets harder after you’ve made that first film, people expect more, which I think is only fair enough, but for your first, a lot of people will be happy to help out, you just have to ask nicely! All these things were applied to The Isle and it was one of the reasons for shooting on the island. It gives you huge production value wherever you point the camera, and add a few carefully placed (but never overused!), drone shots of the amazing mountains and woods and you instantly place it in a different category. Again we replaced every single footstep and door creak, and it makes a huge difference. Finding great actors is also a massive part of the process, and again that’s easier than it sounds as there are hundreds of very talented actors there wanting to work on interesting films. It all just takes careful and thoughtful planning and not rushing into anything.

BPFC: Sir Ian McKellen is an investor in the film! How did that happen?

MBH: Sir Ian McKellen has been a friend since my acting days (I originally trained as an actor but have been making short films since I was 14) and has always been a huge supporter of all things Fizz and Ginger Films. He was in our first short film, Egad Zombies (an 18th-century zombie comedy), and has narrated a few things for us. And in Two Down all the scenes with Conleth Hill are actually in Ian McKellen’s pub, The Grapes. Ian is a big supporter of people going out and creating their own work and once came and watched a play we were putting on in a tiny theatre behind a sports pub!

BPFC: How has the initial reception been to the film at festivals?

MBH: The Isle has been at two festivals as I’m writing this and we’ve had great reactions. We had amazing reviews when we were up at Manchester Film Festival, where it also won Best Cinematography, and great reactions from it’s screening in L.A at the beginning of the year, which was also a great test to see if the film would hold up with an American audience. As it’s more a supernatural folk thriller than horror, we were unsure if people would get it, but they absolutely have done. It won’t be for everyone, what film is? But we already have a great little core of fans who are still supporting us after just seeing it at a festival, so we know we’re on the right track. It now has two screenings at the Newcastle Film Festival at the end of March before having it’s London premiere at the amazing East End Film Festival. That very much feels like a coming home festival to me as I’ve spent most of my time in London around that area, and to see what other films are playing there it’s a huge honour to have been asked to screen there.

BPFC: What should people expect from The Isle?

MBH: People who like subtle, intelligent storytelling where we play around with what is ‘expected’ of this kind of film, will enjoy The Isle, I think. It’s definitely not a fast-paced slasher horror at all, and we never just lay everything out for the audience, we expect them to pick up the clues as we go along, but most importantly invest in the characters and what the women of the island have gone through when we meet them. For us, it’s always about the people and bringing you into the world that is the most important, and things like traditional jump scares are second to be perfectly honest. Although they are in there too, just amidst a slow creeping menace than all out horror!

The Isle is slated to be released in autumn in the UK. We will continue to keep you updated on the release of the film. Watch the trailer below.

The Isle – Official Trailer from Matthew Butler Hart on Vimeo. 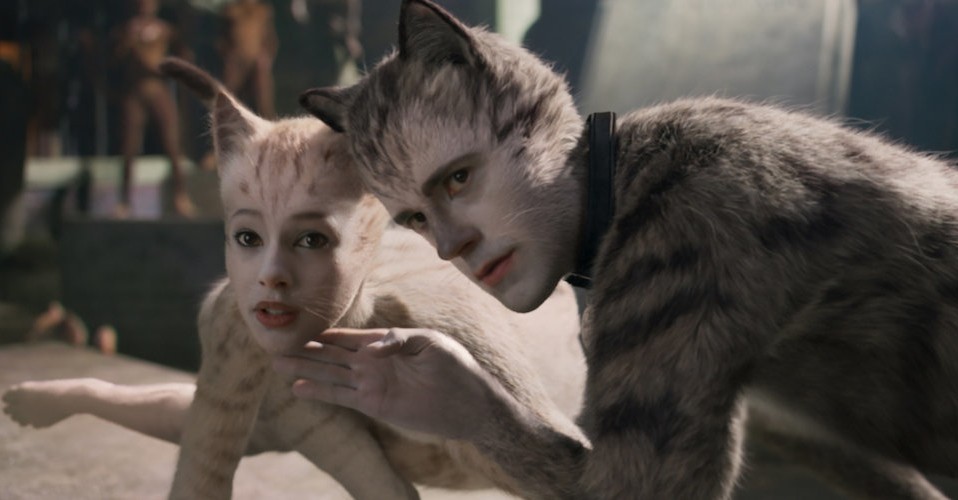 Published on 30 days ago 1 min read