The author Neil Gaiman is having something of a cultural moment with many of his works being turned in into films and TV shows. Gaiman is one of my all-time favourite writers and this plethora of adaptations is something I never expected to see. Here is a run-down of these adaptations and how close they stuck to the original.

Technically this is not an adaptation, the Neverwhere tv show was the original, with the book and graphic novel coming after. Neverwhere is an ambitious urban fantasy series set in London – or more accurately London Above and London Below. London Above is the London that we know and London Below is sort of mirror image of that London, with magic, angels and supernatural beings of all kinds. Successful executive Richard Mayhew stumbles across a young woman in the street, Door, injured. He takes her in and after she leaves finds himself immersed in the world of London Below, the people of London Above are barely able to see him and even his best friend and fiancé don’t know who he is. Worst of all he has attracted the attention of Mr. Croup and Mr. Vandemaar who are looking for Door. There had never been a show like Neverwhere, let alone one in the 90s on British television, it is a fascinating and thrilling show and while it does look dated it is still brilliant. It’s worth pointing the fantastic cast who many have gone on to great things like Laura Fraser (Door) in Breaking Bad, Peter Capaldi (Islington) The Thick Of It, Doctor Who, Clive Russell (Mr Vandemar) Game of Thrones. Speaking of Mr Vandemar, he and his partner Mr Croup deserve particular plaudits for just how menacing they are.

Stardust is a sensational high-fantasy film starring Charlie Cox, Clare Danes and Michelle Pfeiffer. It is packed with stars like Robert De Niro and Peter O’Toole taking on small roles, as well as cult figures like Adam Buxton and Dexter Fletcher. Another work where there is the normal world and a fantastical world, after a star is knocked out of the heavens Tristan Thorne pledges to retrieve it for the love of his life, but as it has landed in the fantastical world his journey is not simple. To Tristan’s great surprise the star is a woman, Yvaine, and he intends to present her to his love and then help her home. But for various complicated reasons they are pursued by witches, princes and more. The film is actually very different to the source material, the book has less of a narrative, and more of a collection of a number of European fairy tales that are moulded into one story. The book has a somewhat less happy ending and throughout is darker in tone.

Speaking of dark tones…Coraline is a fantastic animated children’s film that is one of the darkest, most nightmare-inducing things in existence. The film is about a girl called Coraline (Dakota Fanning), whose family move to a new house, she is bored, has no friends in the area and gets quite cross with her mother and annoyed with her father. Coraline finds a door to an alternate world where everything is more fun and magical – everyone has time for her, there are fantastical machines and lovely things happen. There are duplicates of the people around her, in particular, her Other Mother (Terri Hatcher), seemingly identical in appearance to her mother but with buttons for eyes. Suffice to say this other world is not the wonderful place it initially appears to be and is genuinely terrifying. I have read the book, many years ago, and so am less confident in talking about how successful it is adapting the book, but regardless, it is a great film.

As I have just written an article on The Sandman I refer you to that article.

Both the book and tv show Good Omens make a great case for the human race and the wonder of being alive. The TV show is concerned with the coming apocalypse when Heaven and Hell will fight it out for ultimate power. A demon named Crowley (David Tennant) is charged with bringing the antichrist to a hospital and swapping babies so the antichrist winds up in a prominent and powerful family. But due to some misunderstandings, the antichrist is taken by a pleasant and ordinary English family. It turns out that Crowley rather likes Earth, as does his angelic friend, Aziraphale (Michael Sheen), and they hatch a plan to prevent the apocalypse. Good Omens is a fantastic show and at times is exceptionally moving. It contains the greatest example of joy I have ever seen on film – that being Aziraphale dancing – and is bursting with ideas, from the prophetic witch Agnes Nutter who is unerringly accurate, and her descendant the wonderfully named Anathema Device, to the Witchfinder Sergeant Shadwell. Much is focused on the actual antichrist, Adam, as his powers begin to manifest as he plays with his friends. The book is by Neil Gaiman and the late, great Sir Terry Pratchett and is even more wonderful than the show.

How To Talk To Girls at Parties

An adaptation I haven’t seen based on a short story I haven’t read but was very badly received at the time and has made little cultural impact. The book was critically very successful and received several awards.

Realistically it would take the whole article to do justice to the scope of American Gods, but as briefly as possible it is about a coming war between the old gods and the new gods. The olds are Odin, Zeus, Baba Yaga, old religions that few, if any, actually still believe in. As their belief has waned so has their power. They will fight the new gods, the gods of media, of cars, of technology, of government power, who are as personified as the old gods. The actual plot revolves around Shadow (Ricky Whittle), an ex-con who is recruited by Mr. Wednesday (Ian McShane), a small-time hustler and conman (and in fact is Odin), to act as bodyguard and general assistant. Shadow is slowly brought into this peculiar world and the coming war. As well as gods there’s an unstoppable undead woman, leprechauns and all manner of mythical, mystical and magic beings. Watching the Amazon Prime tv show I was struck by just how close they often stuck to the book as I had already drawn up a list of the weirder things that would be cut from a television show.

The filming for this show has finished but we still have some time to wait for Anansi Boys on Amazon Prime. The book focuses on two brothers Charlie Nancy and Spider, sons of the trickster spider god Anansi. Charlie leads a perfectly normal life, seemingly devoid of any powers, whereas Spider is a demi-god, the death of their father brings the brothers back together. Charlie is not really aware of his divine nature, burying details of his life in his unconscious so he can get on with life. Unfortunately, Anansi had powerful enemies and with the spider-god’s death, they come looking for revenge on his sons.

The Sandman: The Unfilmmable Graphic Novel Comes To Netflix 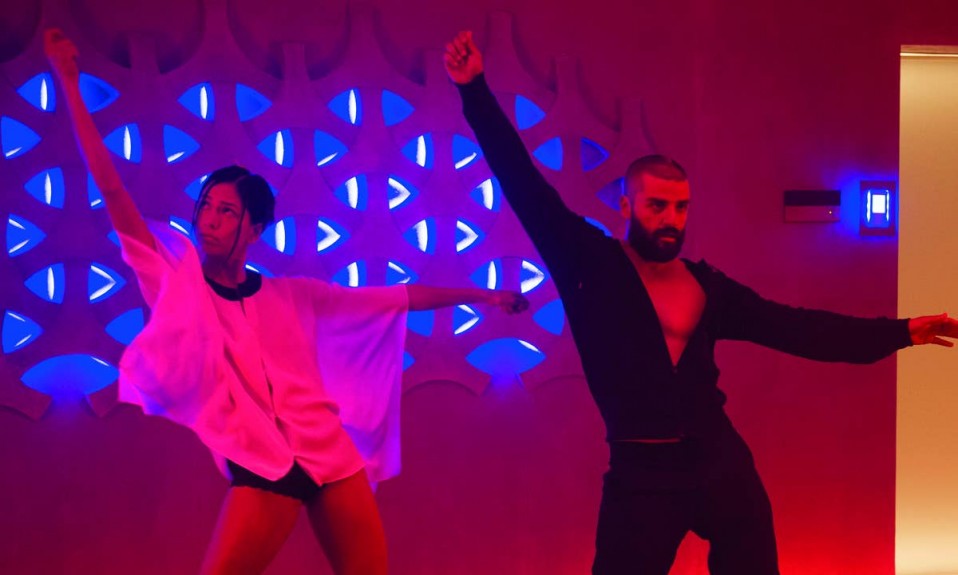