It’s those that claim to love you that can hurt you the most. Fans were once the people who would support you, keep your franchise going, a bedrock of popularity. Fandom today can be very much a double-edged sword, equally capable of raising up or crushing your work – and one tool of disgruntled fans is review bombing.

What Is Review Bombing?

While it happens in various mediums, we’ll stick to films…review bombing is when online review sites receive a huge number of negative reviews with the intention of not providing a review for the film but actively dragging down the average rating. Often these people have not seen the film – certainly, it seems like many such review bombers have made their mind up before seeing the film and often these are organised efforts. Why are people orchestrating these bad-faith campaigns? There are usually two reasons – first, they are fans of the franchise and are upset by decisions made about the film. Second are people who see the film as simply another part of an ongoing culture war, where the film is, or is perceived to be, making some kind of statement. These two groups are not mutually exclusive.

Films That Were Review Bombed

The best two known examples of review bombing I can think of are the Ghostbusters remake and The Last Jedi. Remaking a beloved film is always going to be difficult but 2016 Ghostbusters endured a nightmare of backlash from the start. I would argue that this film is a mix of the two mentioned above – fans unhappy with the direction the film was taking and people engaged in the culture war. Many people were upset that the four ghostbusters were going to be played by women (rather than men as in the original), and many just assumed, seemingly because of this, that it was going to be a terrible film. This is despite the fact that it’s director was the very successful Paul Feig and the women in question were very talented comedic actors (three of whom had all been stars of Saturday Night Live, the very show that launched the careers of some of the original Ghostbusters cast). A cliched refrain from certain people was that this remake was “ruining their childhood”.

The Last Jedi faced similar problems. The Disney Star Wars films have been dogged by fans upset by decisions made, ranging from perfectly legitimate criticism of plot-holes to hounding actors off social media with horrendous abuse. Some fans were already upset after The Force Awakens and ideas about what Rian Johnson planned to do upset some of them all the more. The Huffington Post published an article in which they spoke to someone who claimed to be behind a bot attack on Rotten Tomatoes to lower the rating and his criticism ranged from it’s “feminist agenda” to characters in danger of “being turned gay”.

It’s important to say it’s fine for a person to dislike these films and it is okay to give them bad reviews – if you’ve seen the film and you’re not simply acting in some bad faith campaign. Also, review bombing isn’t inherently about people wanting to criticise perceived progressive political bias – many of the cases of review bombing in video games were due to issues like anti-piracy moves that limited the number of times games could be installed, or high prices on games in certain areas, and review bombing was felt to be the only way to communicate with the game makers.

What Is Being Done To Stop It?

Sites that use reviews submitted by members of the public are aware of this issue (and some have had some pretty angry reactions to it) and have taken measures to prevent it. Rotten Tomatoes started a policy of verified reviewers, meaning a person had a to verify they had actually bought a ticket for the film. IMDb has developed a behind-the-scenes formula to detect attempts at review bombing and “weight” reviews. Some sites are taking action for films that have clearly already caused a stir before their release and are likely targets – Rotten Tomatoes has disabled the comments feature for some films before they were released in theatres – such as Captain Marvel which had received a large number of negative reviews before being released.

The best way to work out what an audience thinks of a film to ask them after they’ve watched it – and there are companies who survey audiences as they leave the cinema, but that costs money. Streaming services seem to offer an almost foolproof way as they can tell if a person has watched a film but it’s a minority of films that are released on streaming services at the same time as a theatrical release. Part of the problem is I’m sure many Star Wars fans who review bombed The Last Jedi did watch it but were never going to give it a fair chance.

It does seem like any online system is open to this sort of problem – where many people can easily be organised to disrupt the purpose of the task. Many an organisation has regretted leaving the decision of naming something open to an internet vote (see Boaty McBoatface and all the things named after Stephen Colbert). I don’t know if there is a simple solution to easily gauging what people think online that is immune to this sort of problem but, for now at least, this is a problem for only a handful of films.

I’ve never liked putting too much stock in rating on IMDb, Rotten Tomatoes as they’re a self-selecting sample. IMDb does not force everyone who watched Inception to rate it and I suspect most of the people who submit ratings either loved a film or hated it as they felt motivated to give their opinion. I don’t think a fair online measure of what the general public thinks really exists and if you’re looking for a way to tell if you will like a film then talk to friends who share your interests, find critics who have similar taste, talk online about films. Trusting a review is like deciding whether you should listen to someone’s advice – you have to know a bit about them first. 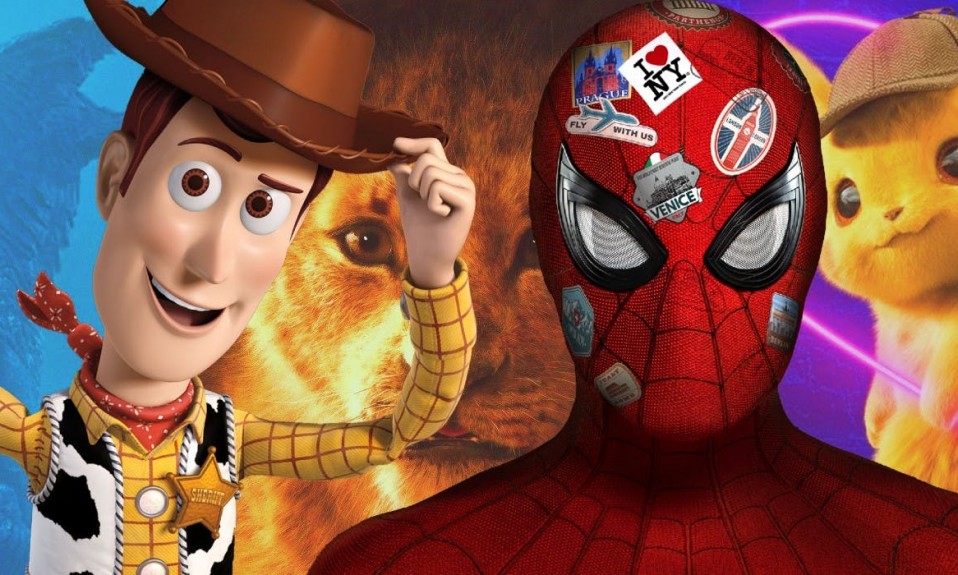