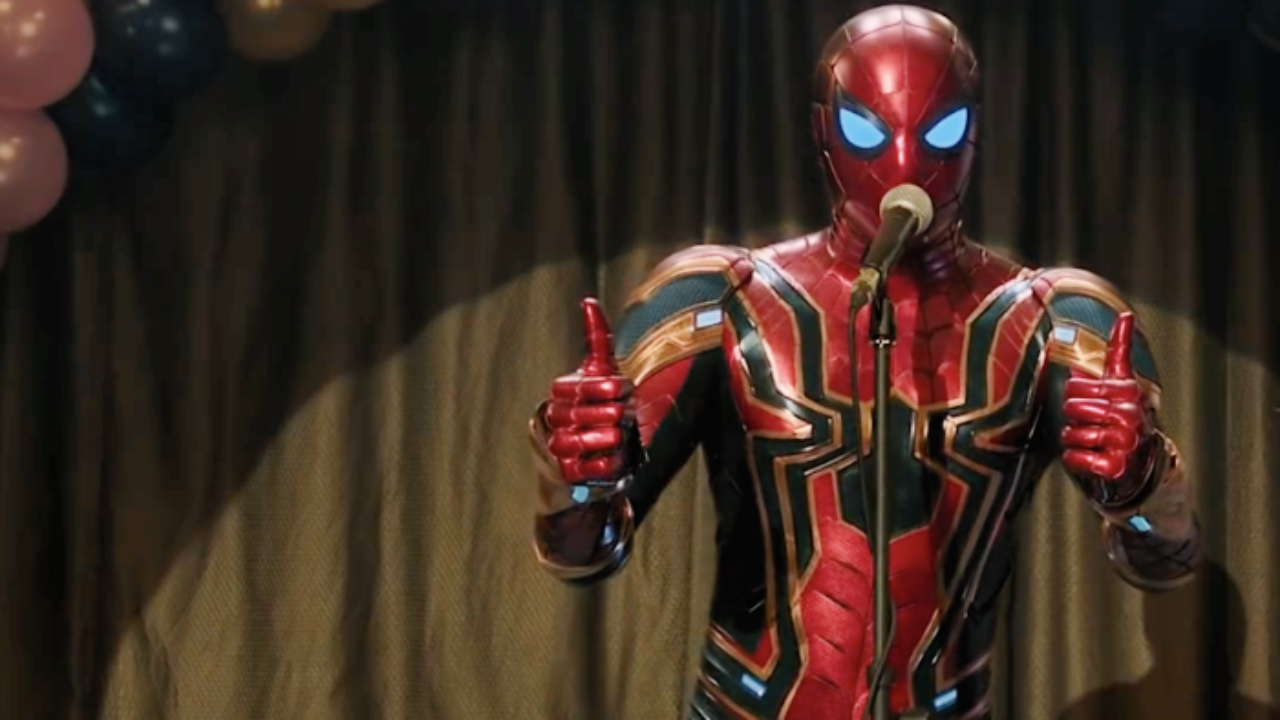 After over 10 years of being the only hero in New York, Spider-Man finally got the chance to interact with other heroes when Marvel and Sony reached a historic deal to have the character appear in the MCU. After a scene-stealing debut in “Captain America: Civil War”, this new version of the web-slinger went on to have to his own adventure in “Spider-Man: Homecoming”, before joining the Avengers in their fight against Thanos in “Avengers: Infinity War” and “Avengers: Endgame”.

His second solo adventure, “Spider-Man: Far From Home”, dealt with the hero’s new place in the aftermath of Endgame, setting him up as big part of the universe going forward, ending on a massive cliffhanger….

And now, suddenly, ol’ webhead’s future is uncertain. While Marvel and Sony try to reach a new deal behind the scenes, the fans are understandably worried, but is all really as dark as it seems for our hero?

“This is my gift, my curse”

Spider-Man has been one of Marvel’s most popular characters since long before anyone could dream of the MCU. When Superman and Batman got live-action films that did well, Marvel started looking at the same for their characters, unfortunately, they were in financial trouble and close to bankruptcy. This lead to them selling the rights to some of their most famous characters, like the X-Men, Fantastic Four (which they now own again, due to the Disney/Fox merger), Hulk (Universal own the distribution rights) and of course Spider-Man, along with his supporting cast, which was purchased by Sony.

After a successful trilogy and a less successful reboot that focused heavily on setting up its own universe in the wake of the MCU’s success, and the Sony email hacks, a deal was made allowing Spidey to feature in the MCU, with Sony financing the standalone films, but with Marvel (and Kevin Fiege) having creative input.

That original deal also allowed Spider-Man to appear in other films and interact with other heroes like in the most recent Avengers, however, Sony receives no revenue from these team-ups (Despite Endgame being the highest-grossing film of all time). For his solo efforts, Sony is the one paying, whilst Marvel receives a percentage of the profits, and also money made from merchandising. As negotiations to extend the deal have started, Sony have rejected Disney’s new offer, which is causing the drama.

“Everywhere I go I see his face”

Let’s get the elephant in the room out of the way first. The MCU doesn’t need Spider-Man. The films were successful enough before the original deal and even films he hasn’t appeared in have crossed the 1 billion mark. An argument could be made that Spider-Man needs the MCU. The films were slowly grossing less with each instalment and “Far From Home” was the first Spidey film to reach 1 Billion dollars, which was no doubt helped by its ties to Endgame. But Sony also owns his supporting cast and rogue’s gallery, which they are planning a shared universe of their own with, the first of which was “Venom”.

During the run-up to the release of Venom, there was a constant debate about whether it is set in the MCU, with Sony insisting it was, and Marvel saying it wasn’t, there were even rumours of a Tom Holland cameo. Although it is not set in the MCU, the recent Sony deal could mean that the crossover could happen, something Holland himself seems up for. With a sequel and a Morbius film in production, Spidey could easily appear in any of these films if he is no longer in the MCU.

The MCU is wide enough that they could wave away Peter’s absence with a line or two, although that would rightfully disappoint fans. Sony would have a much harder time pretending the Avengers no longer exist, especially given the close relationship this Spidey had with Iron Man. If the two companies can’t come to a deal this could be the case. However, Holland may have one final film in his contract, which they could use to end his story and either move forward without him, or introduce a new version, either a total reboot or more of a legacy sequel featuring Miles Morales.

“Spider-Man always gets up”

“Into the Spider-Verse” proved that the franchise has a life outside of Peter Parker, and the character was popular before the films. So there’s no need to worry about not seeing him on the big screen, and after working so hard to bring Spidey home it’s unlikely Marvel would let him go so easily. The only thing to do is to hope that both businesses come to an agreement that is beneficial for everyone, including Spider-Man himself, Tom Holland. In the meantime, keep an eye on this handy website for updates True Believers!