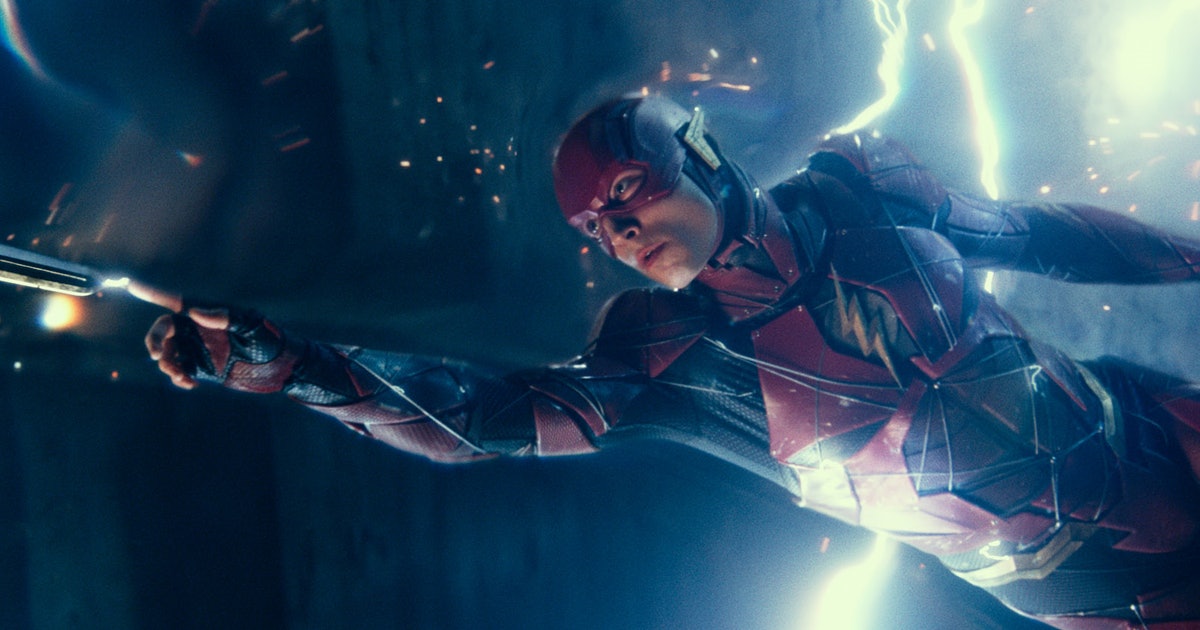 Originally announced way back in 2014, The Flash movie has had a troubled development. Various writers and directors have signed on then left the project, with the film ironically being delayed several times. Now though it seems as if things are finally moving. Things have changed a lot since it was announced, with DC opting to tell more standalone tales rather than fast-tracking a marvel style universe. The films have done a tonal 180 and the landscape is very different. But could all of this have worked in its favour? Could Flashpoint set the standard for DCEU going forward?

Ironically, The Flash is having a very slow journey to the big screen. The film was announced in 2014, with Ezra Miller in the title role, along with several other DC comic films. Many were disappointed that Grant Gustin, who plays the character in the CW/Arrowverse series, wasn’t going to be involved. Instead, this version was going to feature in Zack Synder’s Justice League, but that’s a whole other story. The character had a cameo in Batman V Superman: Dawn of Justice and another in Suicide Squad.

Seth Grahame-Smith, author of Pride & Prejudice & Zombies, was announced to make his directorial debut with The Flash, as well as writing the script. He left the project in April 2016 and was later replaced by Rick Famuyiwa. This seemed promising, as we got news that Iris West and Henry Allen were cast, but Famuyiwa left the project later that year over “creative differences”. A new writer and several other directors are considered, notably Robert Zemeckis, with Back to the Future cited as an influence.

The film is currently due to be directed by It‘s Andy Muschietti. Miller and comic scribe Grant Morrisson wrote a draft of the script, but this was apparently dismissed by the studio. It seems as though the movie will be inspired by the “Flashpoint” storyline. In the comics, Flash accidentally altered the timeline, causing the world to look very different. After regaining his powers with the help of Batman, Bruce died in the alley instead of his parents, and stopping a war between Aquaman and Wonder Woman, Flash cancels out the timeline and returns to his own, with some small changes.

The original Flashpoint story was a mini-series that served to relaunch the DC Comic universe, by simplifying continuity and bringing in characters from other universes, such as Vertigo. The series was designed as the end of the old, convoluted continuity and the launch of the “New 52”. It has also been adapted into a direct to video animated film, as well as a (very different) plotline in season 3 of the show.

The film following this approach could mean that DC is embracing it’s now disjointed continuity, with its films being set across multiple worlds, unburdened by the continuity of individual films. This would allow them to do more experimental and different films, without having to worry about how it affects any other films. Another interesting thing is that these worlds could still crossover with each other, and themselves, like Into the Spider-Verse but with Batman.

Speaking of Batman, it was recently announced that Micheal Keaton, who played Batman in the Tim Burton films, is set to be reprising his role for the film. A short time later, it was also revealed that Ben Affleck would be reprising his role as Batman. That’s two Batmen in one film (three if Robert Pattinson has a cameo). The film could retroactively make the original Batman films canon, similar to how the Arrowverse’s “Crisis on Infinite Earth’s crossover made various old shows part of its canon.

Ben Affleck’s return is surprising, after the uncertainty with “The Batman” (now going forward with Robert Pattinson). Affleck’s return, along with the Snyder Cut finally being released, suggests that DC may not want to move entirely away from their “shared universe” quite yet. Perhaps the original plan of a Justice League trilogy could go ahead, but with “Elseworlds” films as well? The Flash could open up worlds of possibilities.