Editorials, How Film Changed Me 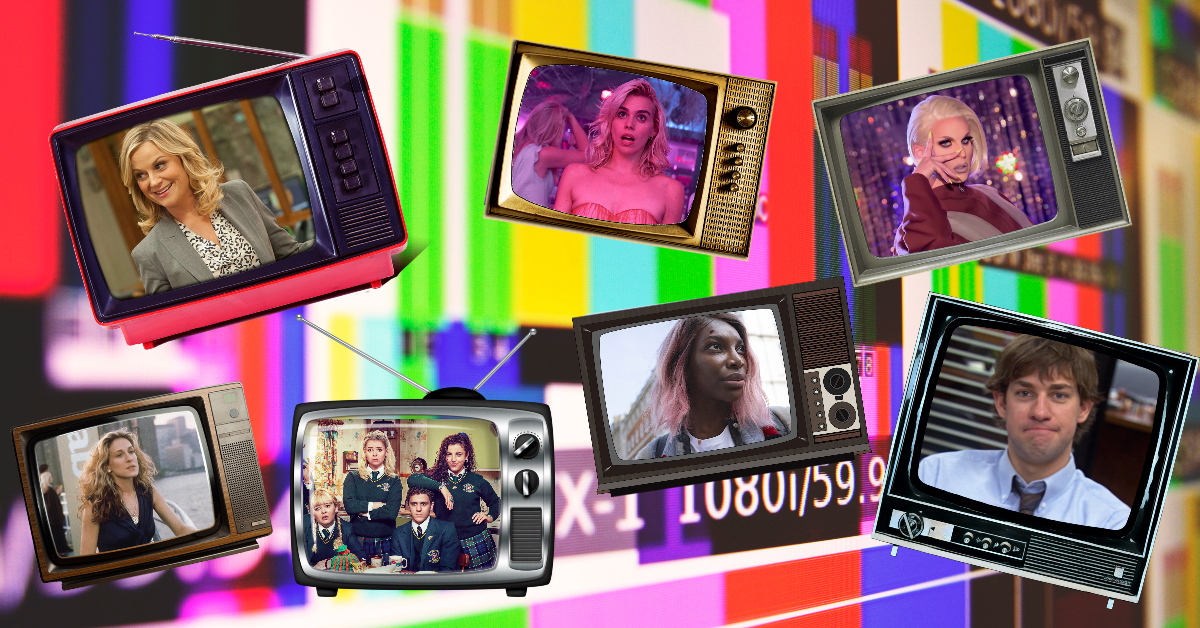 These days, at around 7pm, I face the same predicament: what to watch. This question is not exclusive to pandemic living, but it certainly feels heightened by it. There are, of course, fewer options. I am not wolfing down leftover Ragù so I can make it to the pub in time to meet friends, I’m not sitting down with a group to watch the latest instalment of our favourite show. Instead, I’m looking to fill my time after cooking my extravagant meal for one. I’m looking for something that fills hours; that can fill them over and over.

So, I’ve started to rewatch a lot of TV. Texting with a friend recently, I remarked that movies, in this current climate, don’t do it for me. They’re too fleeting, too 90-minutes-and-done. A TV show, however, episode-upon-episode, has the potential to offer a week’s worth of entertainment, or maybe even more. It has familiar characters who can stand in as friends when my actual friends are separated from me by a two-metre distance. It offers romances when I can’t date, sex scenes when I can’t… well, you know. It can give me all that I’m craving without pushing me too far. At times, it felt like rewatching was all I could handle. I didn’t want any surprises, any twists, anything shocking.

The benefits of rewatching are twofold. Firstly, you know where you are. In these times which are ‘uncertain’ or ‘unprecedented’ (or however you allude to the current hellscape in your work emails), I don’t think I want the stress of something new. Instead, I want comfort, and I want security, but who can offer that these days? Well, Derry Girls, Ru Paul’s Drag Race, The Office, Parks and Recreation, I May Destroy You, and many more – that’s who. These shows, some of which I know by heart, offer me what feels like normalcy on these long locked-down nights.

That feeling of close-to-normal is the second major benefit. These shows are nostalgic and remind me of the days when I would choose to spend an entire evening watching the first series of Sex and the City in one sitting, as opposed to doing so because the government mandated that I must. Nostalgia, though, is a complicated thing to reckon with. The word’s origins – the Ancient Greek translating to something along the lines of “pain for a journey home” – highlights its darker uses: we feel pain for time passed, for places and people we can no longer return to. This isn’t just felt on a personal level, but it appears routinely in political rhetoric; returning to a simpler time, making a country “great” again.

The media psychologist Pamala Rutledge said in an interview with NPR last year that “we actually are craving time with our friends, and so these [shows] become kind of a proxy for that experience.” This was in response to the news that Friends and The Office had been the most-watched shows during quarantine.

We’re basically exhausted all the time because we’re under the stress of uncertainty. So what do I want to watch that will give me some comfort and some rewards that’s easy, that doesn’t drain my energy but gives me some back? And that makes shows like “The Office” or “Friends” a very good choice.

This yearning for nostalgia and ease doesn’t feel specific to the pandemic, however. In recent years, nostalgia has been the driving force behind television. Show after show was brought back from the dead, most of them shocked into existence on streaming sites. Will and Grace, Prison Break, Queer Eye, Saved by the Bell, Tales of the City, Full House, The X-Files, and so many more came back to varying degrees of success. Even to the untrained eye, it was clear the past decade had brought on a soft spot for days-gone-by. Most recently, Sex and the City was announced as the latest to make a comeback (with a new name and sans Samantha) and it became one of around 30 rebooted shows currently in development. As a fan of the show, and its new diverse writing staff, I was excited. Yet, I did hear, somewhere deep inside me, a quiet ‘why’ when I read the news before I quickly silenced it and got excited for something that might upset me (can you tell I’m a Carrie?).

It’s hard not to see the connection between my current rewatching craze and this wider cultural mode of production whose mantra seems to be in the vein of a 90’s era S Club 7 – ‘bring it all back’. In fact, it’s somewhat stunning. I had seen, in recent years, that political craving for nostalgia and had fought ardently against it; things were never great, and the only way is forward.

During a year that has made comfort paramount, even more so than in previous years, was I more open to the return of familiar faces because, I’m hoping, I’ll soon be able to see my actual friends? As things open up and new shows premiere, I’ll have to apply that to what I’m watching too. I’ll have to shake it off, leave this hibernation, and walk once again amongst original and exciting things. I just hope I haven’t become too comfortable.

Also Read: How Film Changed Me: On It’s A Sin