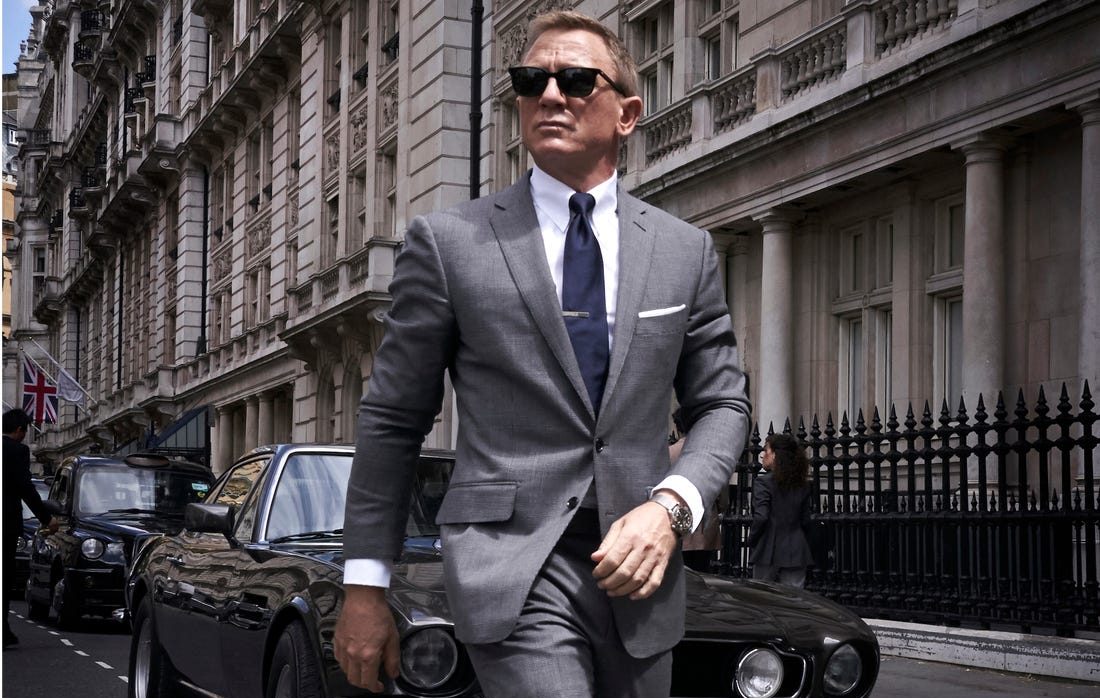 Spoiler Warning – there is a lot of discussion of previous Bond films but particularly around the Daniel Craig films.

Content Warning – The second half of this article deals with the subject of sex in Bond films with a particular reference to a character with a very traumatic past.

Is Tom Hardy the next James Bond? It does seem that “who is the next James Bond” is one of those perennial topics of discussion that never really goes away. With No Time To Die being Daniel Craig’s last Bond film (no, seriously this time) there has been a lot of talk who will replace him – Tom Hardy being the current front-runner.

I think this change really need to be used as an opportunity to change a lot in the franchise, much like there was a big change in tone when Craig became Bond. In my mind there are two things that happen a lot in Bond that need to be addressed – death and sex.

Is there any doubt to anyone than were James Bond born in Moscow in the Cold War he wouldn’t be killing capitalists for the KGB? The potentially world ending struggle between the West and the USSR made it easy for bond to automatically be the hero but that simplicity is long gone. Little time in Bond is ever spent on his own morality, what does he actually believe in? What is he fighting for? Often it seems that Bond likes killing people and he found a job where he will be rewarded for doing that. Despite the incredibly high stakes Bond constantly gives in to his vices, is murder just another vice? In the BBC sitcom The Trip to characters take turns impersonating Roger Moore’s Bond with the line, “When I kill I kill for Queen and Country, but I admit killing you would be a pleasure,” which while is not the right quote does sum up how we are meant to see Bond. If he kills people it is because it is necessary, because they are villains, but the portrayal often shows a Bond who does enjoy killing.

More useful to Bond than any gadget or weapon is that he literally has a licence to kill. Throughout the novels and films what this actually means in practice is not clear – certainly, Bond murders people at his discretion and his superiors seem fine with this. An article in Screenrant ( https://screenrant.com/james-bond-movies-007-kill-count-how-many/ ) put his total kills across his films as 597, but presumably, there is more off-camera. Some of these, like in Quantum of Solace, takes place when Bond is not actively working for the British government, but again, there are no consequences. Yet Bond is the good-guy but he seems to me to be Judge Dredd without the sense of justice and with a drinking problem. Can a person just be given that much power? Again to bring it back to Judge Dredd, that takes place in some nightmarish future nuclear-irradiated dystopia. In Casino Royale Bond murders a man and shoots up an embassy and gets a telling off from M. I say Bond needs to go one of two ways, embrace Judge Dredd or make it clear that Bond can’t just do whatever he wants.

These first two issues are somewhat connected and a lot of it could be could come down to whether Bond is a hero or an antihero, again the problem is that over the decades he has been both, a cold-blooded killer and gentleman adventurer. Casino Royale did much for modern Bond in eschewing most of the gadgets and silly gimmicks but they crept back in – Mr Hinx, the henchman villain of Spectre, had metal fingernails, which obviously as an assassin of an international criminal network you want as many distinguishing features as possible. I don’t think you can have gritty serious spy films and then have ejector seats – Bond needs to pick what it wants to be.

After killing, sex is probably the thing Bond spends most of his time and energy on. Skyfall does contain the suggestion that not all of Bond’s relationships have been heterosexual but certainly, in the films, he is only seen pursuing relationships with women. It should be made clear that James Bond’s behaviour towards women isn’t just appalling now, in 2020, it was always appalling. And again, it isn’t just how James Bond acts to women that is the problem, a character can be sexist without the film being sexist. The women in Bond, often referred to as “Bond girls”, are just about always seen as people Bond will sleep with, or will at least try to. In more recent years with Judy Dench playing M and Moneypenny being reinvented in Skyfall as a field agent female characters have somewhat stepped out for Bond’s shadow, and it’ll be interesting to see how new character Nomi, a new OO agent in No Time To Die will be developed.

The people making Bond now are very different to those in the 1960s and I am sure that starting from scratch a superspy character they created wouldn’t have this sexism (or at least this level of sexism) running through it. Filmmakers even now are still caught up in this image of Bond of a “ladies man” – which apparently means behaving terribly to women. The Bond film that did the most to move the character forward, Skyfall, was also guilty of one of the most awful examples of this obsession with sex. Bond encountered an associate of the villain, a woman named Severine. The audience quickly learnt that Severine was the victim of child sex-trafficking, the villain took her from that life but she was still very much a prisoner. Severine knew nothing about Bond other than that he was a dangerous man who intended to kill the villain. Within hours of meeting they sleep together – at the very least, this is a shocking insensitivity to the issues, the actual scene seems to show Bond actually surprising Severine in the shower. I cannot believe that a writer and director would think to include this in a film in 2012 were it not for the idea that Bond needs to sleep with every woman he meets.

Severine was later murdered by the villain and the trope of women Bond cares about, or at least sexual partners, being murdered by the villain appears throughout the franchise. The four most recent films: Casino Royale, Quantum of Solace, Skyfall and Spectre – all feature women who sleep with Bond and then are killed by the antagonist. Many things have changed in the Bond films over the years and certainly, the dismissive way Connery-era Bond speaks to women has gone (in Goldfinger Bond actually tells a woman to leave by telling her it’s time for “man talk”) but drastic work needs to be done.

There are a handful of franchises that are continually successful across decades and all have issues with not simply being a nostalgic relic but genuinely modern entertainment. Bond has changed over the decades and it should continue to do so.

Also Read: The Movie Villains Who Nailed It (And Those Who Didn’t) – [James Bond]