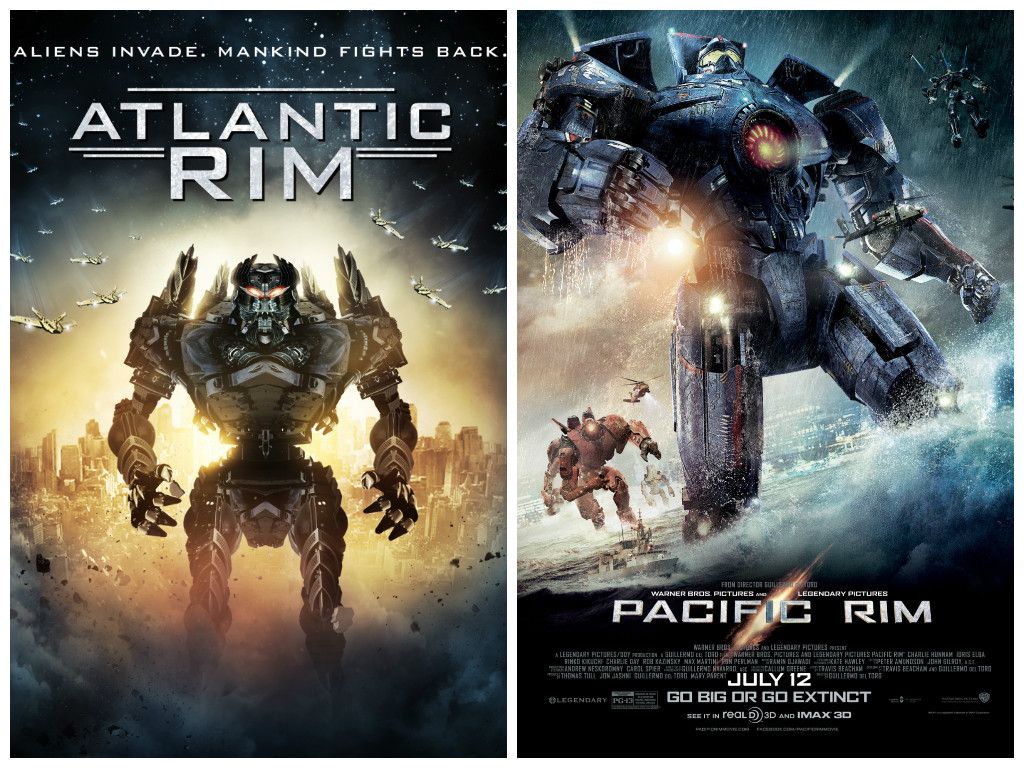 Have you ever been shopping and noticed a DVD/BluRay for a movie that looks like a recent release? E.g. The Little Panda Fighter or Guardians of the Tomb? The world is full of bad copies and rip-offs of popular movies. And today, we’re looking at some examples of films that fell flat on their faces (according to the scores available on Rotten Tomatoes,) trying to capitalise off bigger films.

Of course, rip-off/copy movies aren’t a new phenomenon, as this entry proves. Gamera was Daiei Studio’s answer to Godzilla and both movies have similar plots. Both are about giant monsters, awakened by atomic devices, attacking Japan while the government tries to find a solution to get rid of the monster. Gamera’s initial outing failed in comparison to Godzilla’s (Gamera (1965) has a critical rating of 20% and an audience score of 32% on Rotten Tomatoes. But Godzilla (1954) has a 93% critical rating and an 89% audience rating). Nonetheless, the giant fire breathing turtle has since found cult success with his own franchise.

Battle Beyond The Stars copied Star Wars and Seven Samurai

But copies and rip-offs are hardly exclusive to the American and Japanese market. The 1980s Italian film industry produced many films to capitalise on international hits. Contamination was one of several releases produced to capitalise on Ridley Scott’s Alien. Mostly through its use of alien eggs which wreak havoc on the human body.  Needless to say, Contamination was unfavourably received compared to Alien (Contamination- Critics: 40% Audience: 29%. Alien- Critics: 98% Audience: 94%). But Contamination attained its own legacy when it became part of the infamous video nasties list.

Speaking of Italian copies. Conan The Barbarian (1982) inspired many sword and sorcery films in the 80s and Ator: The Fighting Eagle is incredibly close to Conan in terms of story elements. Focusing on a musclebound sword-wielding hero’s quest for revenge against an animal-themed cult leader who killed his parents and kidnapped a young woman. Although Ator couldn’t copy Conan’s success with audiences (Conan has a 74% audience rating, Ator has 14%), Ator acquired 3 sequels. A lot more than the Conan series.

Mac and Me copied E.T.

Now we get to one of the weirdest rip-offs on our list. This movie focuses on an alien that comes to Earth and befriends a child while a shadowy organisation pursues him (sound familiar?). What makes this title weird is that it was created to promote McDonald’s and its charities. Predictably this knock-off suffered poorly (Critics: 0% Audience: 38%) in the shadow of the classic movie it copied (Critics: 98% Audience: 72%).

Video Brinquedo was one of the most shameless modern mockbuster companies. Released to bank off the success of Pixar’s Ratatouille, both movies deal with a rodent obsessed with making food. However, Ratatouille won an Oscar and is loved by audiences (87%) and critics (96%). While everyone dislikes Ratatoing’s ugly style and cheap animation (27% on RT).

Thank you for joining me on this excursion into the land of copies and rip-offs. What rip-offs do you hate? Have you ever mistakenly bought any copycat titles? Conversely, are there any copycats that are better than their inspiration? Please let us know.