Yorgos Lanthimos’ latest work is a historical film about a dangerous rivalry for the affections of the Queen of England.

The Favourite is a film set in the court of Queen Anne in the Eighteenth Century. Queen Anne was a real queen of England and most of the characters in the film are also based on real people. However, I don’t think the film pretends to be entirely historically accurate or even wants to be. The film focuses on the rivalry between two women at court who are trying to be Queen Anne’s “favourite”. At the beginning of the film, this position is unquestionably held by Sarah Churchill (Winston Churchill is a descendant of her) who not only dictates many matters at court but settles a lot of state business as well. This position is challenged by the newcomer, Abigail Hill, a young cousin of Sarah’s. Their feuding escalates throughout the film, consequences not just for the court but for the whole nation.

The film is based on a book by historian Ophelia Field. The book is a biography of Sarah Churchill and it seems that the film has only picked certain aspects for the film. The film directed by Yorgos Lanthimos, a director who is having a run of successful films (The Lobster, The Killing Of A Sacred Deer) and expectations for The Favourite were high.

The stars are of the film are a trio of brilliant actors: Olivia Colman (Queen Anne), Rachel Weisz (Sarah Churchill) and Emma Stone (Abigail Hill) and all of them are amazing. Colman portrays Anne as a weak ruler who is too easily swayed by those around her. She excesses in food and drink (Sarah often challenges Queen Anne on her diet), dotes on pet rabbits and can switch from praising a person to striking them in a moment. Of course, at this time the queen was still ruling the country, so her temperament had a huge effect on England.

Emma Stone gives a great performance as Abigail Hill, technically a member of the aristocracy who has fallen on hard times and is always on the lookout for ways to improve her position.

I would say it is Rachel Weisz who gives the best performance. Sarah Churchill is many things in this film and they are often contradictory; she is a loyal friend and a bully, a confidante and a blackmailer, a conscientious agent of government and a seller of influence and Weisz conveys this complex character perfectly. Weisz’s Sarah is a determined and forceful woman who will impose her will on politicians and even the Queen.

The film is amazing – at times funny, at times touching but whatever is going on you are unable to look away. I’ve already stated that the three principle actors are all superb but this is just the start of how good it is. The film effectively creates an eccentric court life nearly completely cut off from reality. We catch glimpses of scullery maids and there is a brief moment spent in a brothel and that’s about all we see of ordinary people. Some of the politicians talk about the needs of the people but you get the feeling that’s only a convenient political weapon. Speaking of the court it is very helpful that the two political parties, the Tories and Whigs, each have their own distinctive style and so are easily recognised – with Nicholas Hoult looking especially ridiculous.

The rivalry between Sarah and Abigail is played out wonderfully. Sarah is a lifelong friend of the Queen, they have a history of decades of shared jokes, anecdotes and acts of friendship. Whereas Abigail perhaps brings something new and exciting. There is an interesting counterpoint between the two competing favourites. Sarah is not always pleasant to the queen, for example saying that she says she looks like a badger when going to meet a delegation from Russia. The Queen is upset and lets Sarah go in her place. Is Sarah being honest to an old friend to spare her embarrassment or is she simply manipulating her so she can exercise power? Again, Sarah does handle a lot of political matters; is this because she knows the Queen is ill-equipped to handle this and the country needs a leader or she wants power for herself? Certainly it seems the Queen is easily led, often taking the lead from whoever last spoke to her. Conversely, it is made clear that Abigail purely tells the Queen what she wants to hear as and only takes an interest in politics when it benefits herself. Abigail’s analogy that sending reinforcements to an army is like arriving late to a party is not based on strategy but purely on wanting the support of the Leader of the Opposition. What makes things even more complicated in this rivalry is that Sarah’s husband is the man commanding this army; no reinforcements could mean his death.

But I would hate to give the impression that Sarah is completely innocent in all of this. At the beginning to the film the Queen shows Sarah her new “present” – she’s going to build her a palace. While initially Sarah says it’s an extravagance the country cannot afford during wartime (something the Queen didn’t seem to quite understand) she does still get the palace. Also her honesty often overlaps with cruelty and she is shown to be every bit as vindictive and grasping as Abigail.

Aside from the rivalry for favourite the film also paints a vivid picture of English politics where a monarch who has no understanding of the issue has final say. A country where friends can exert influence that will make them rich at the country’s expense or change the course of war. It is shocking to think that for a long time this was how countries were ran.

In short this is a masterpiece of a film with three actors giving three of the best performances you’ll see all year. 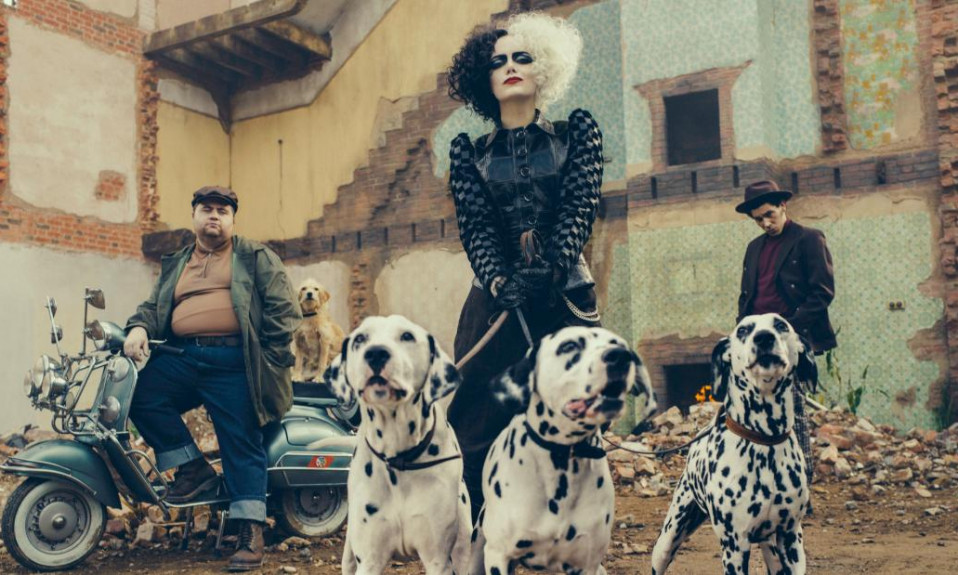 The Value of Villains and Their Origin Stories