The film is a set of six stories, all of them macabre, some tragic, some funny and some a bit of both. Typical of the Coens it’s full of dark humour, brief outbursts of violence and unfortunate twists of fate. If these six stories were to sum up the Old West it would be a cruel and brutal place with moments of joy and honour.

The film is written and directed by the filmmaking geniuses of Joel and Ethan Coen and it’s hard to sum their careers easily, multiple oscar winners for films as diverse as The Hudsucker Proxy and No Country For Old Men. While they have had some failures their successes are almost endless. As you may have worked out I am a fan. Westerns are not new to the Coen Brothers, they remade the western classic True Grit and won Oscars for No Country For Old Men which feels like a modern western. Then films like Fargo, Miller’s Crossing and The Man Who Wasn’t There all features tropes of westerns, like morally upright sheriffs, terrifying villains and isolated situations where help will not come from outside. A diverse anthology suits the Coens well and they easily move from the unlucky comic adventures of James Franco to the far more sinister goings on of Liam Neeson’s character in the next story. The Coens have always easily moved between genres, making radical turns to different types of story and so this film feels like it’s summing up their whole career.

Naturally, as it’s an anthology it’s a big cast, the titular Buster Scruggs is played by Tim Blake Nelson who has a long list of credits on IMDb including one of the central prisoner characters in O Brother Where Art Thou?, but the film also contains Liam Neeson, Brendan Gleeson, James Franco, Tom Waits and more.  Every actor is on good form, and some giving great performances. Tim Blake Nelson sets the bar high from the start and is perfectly cast as someone who looks absolutely harmless but is a thoroughly proficient killing machine, going so far as leading tender sing-alongs in saloons in between brutal murders.

Obviously, the film has six stories and so some work better than others but all are enjoyable and each deserves time spent on it individually:

The Ballad Of Buster Scruggs

The opening story regarding Buster Scruggs is very entertaining, a man looking like the stereotype of a white hat cowboy turns out to be an incredibly skilled and morally dubious gunman who has an enjoyably eloquent and on the surface exceedingly friendly way of speaking. This story distils just about every western cliche of the expert gunslinger into one short story.

The weakest stories are Near Algodones and Meal Ticket. The first concerns James Franco, a less than successful bank robber (featuring a scene-stealing appearance by wonderful character actor Stephen Root, you may not know his name but I guarantee you’ve seen him) and is the most overly comedic of the stories. Meal Ticket is a horrendously dark story about the cynical calculations of a person’s value to another and what happens when they look elsewhere for opportunity. But even these stories have their charm and I was always engaged and interested, eager to know what would happen to the multitude of characters.

A surprisingly enthralling performance by the musician Tom Waits, playing an aged prospector digging for gold, where he talks largely to himself and “Mr. Pocket” showing determination and a great amount of grit. The idea of Tom Waits’ digging holes and talking to himself sounds boring but it was one of the better stories with you becoming very invested in whether he succeeds or fails.

The Gal Who Got Rattled

The oddest and most difficult to pigeonhole is Zoe Kazan as Alice in The Gal Who Got Rattled, a story that starts as unrelentingly bleak with the occasional hopeful moment. Alice and her less than useful or reliable brother had joined a wagon train heading for Oregon and they are beset with the problems such a journey brings, admittedly most of them falling on Alice. This story features a great character turn around with a barely even acknowledged character jumping into the thick of things.

Finally, the last story The Mortal Remains – five people riding together on a stagecoach, for half of the story nearly all the talking is done by three people on one side, strangers, they are arguing about the nature of love and relationships until the pair opposite explain their rather sinister profession. The pair played by Brendan Gleeson and Jongo O’Neil are bounty hunters, but not your typical bounty hunters. O’Neil is brilliant simultaneously terrifying and enticing the other passengers by telling them how he goes about his job and the importance of storytelling. Any film, play or book that talks about storytelling are intentionally inviting a lot of analysis, what exactly is going on? Is everything as it seems? Why is he telling this story to these people?

The film is funny, moving, tragic and more, and what’s more, it looks amazing, whether it’s Buster Scrugg’s in his brilliant white outfit or the breathtaking scenery in. I think by its very nature an anthology is not going to be as satisfying as one great feature-length film but these are six great stories. Perhaps the best compliment I can give this film is that it has stuck in my mind. Since watching it I’ve been replaying the stories in my mind, thinking about the characters, analysing what happened and what they meant. If it turned out the Coens had recorded another six stories but cut them from the film I would happily watch them straight away. 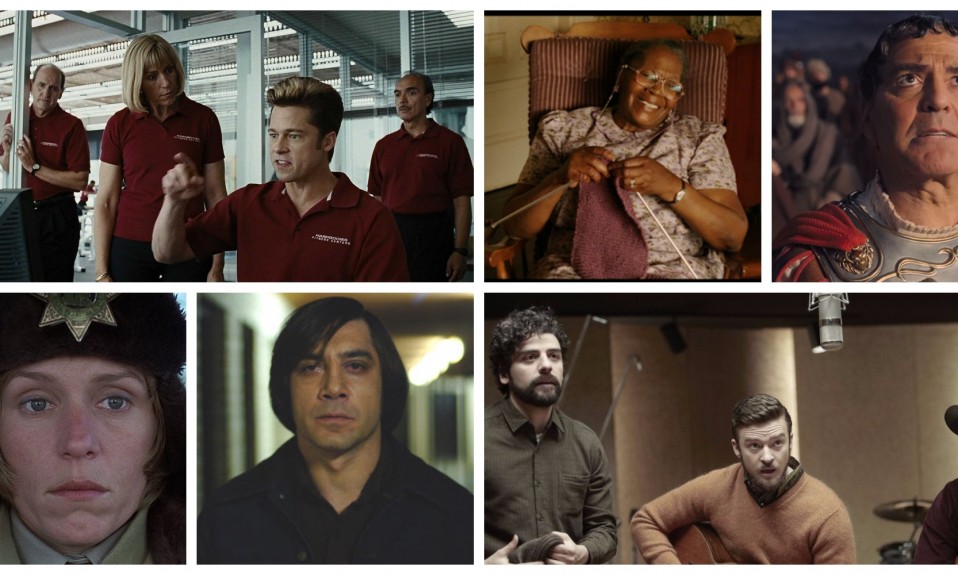