Life can be great: Wonderful friends and a loving family to spend time with, doing whatever you want and just having amazing moments. However, it can also be the total opposite. You’re going through a very rough time and you don’t have much to look forward to. Hilda has to deal with that hard and difficult life. Her emotional and gripping story is being told by writer/director Rishi Pelham (Tape) and this results in a moving, captivating but also sweet and vibrant film.

Dancing through an incredibly difficult time

Hilda (Megan Purvis), a teenage girl living in London, is going through some troublesome moments. Insecure about who she is and uncertain about her future. Her family is falling apart every day a little bit more. Her mum and dad are verbally abusing each other and also Hilda has to deal with that. She’s about to become a big sister for the second time and so it looks like her life won’t become any easier.

However, there’s something that keeps her going: dancing. Whether it’s at the club, at school or just in her room. Dance is her way to express herself. Luckily for Hilda, her life is about to become much better after meeting her best friend Ayala (Yasmin Al-Khudhairi). The two girls come from two totally different backgrounds but there’s instant chemistry between them as they share the love for dancing. Finally, there’s some light in Hilda’s life but after the birth of her little brother, darkness comes again…

During our talk with the director, he mentioned that the story for this film came from a ride on the tube during rush hour. A young teenage girl had her headphones plugged in and it sounded like there was metal music coming out and she was just dancing along on her seat. All she needed was the music and her imagination. It’s a very unique and personal story and that’s certainly visible in this movie.

That personal connection isn’t only present in the storyline but also the cast and crew themselves have a special bond. Director Pelham and Al-Khudhairi, who plays Ayala, knew each other before making this film as they both studied in Manchester, just like some other crew members. Even if there would be no friendship to begin with, we would understand why Pelham would cast Al-Khudhairi for his movie. She delightfully brings a bright, open, funny but also sombre and serious element to this film. She’s at the start of her acting career, as Hilda is her debut film, but we’re sure she will be gracing our screens very soon with more work.

Opposite her and as the main character we see Purvis (Sunset Hill, The Young Cannibals) who gives a special, moving and captivating performance. Pelham organized multiple workshops before shooting the film so that everyone could get used to the harsh words and poignant script. The actors saw each other multiple times before shooting whether it was in character or not and that paid off for this movie.

Hilda her life might be full of darkness but she still finds some light during her dances so the dance cinematography for this movie was as important as the acting performances. Luckily for Pelham, he could count on a very talented dancer called Justyna Szymanska. She and Purvis had numerous practices and thanks to their cooperation, the dance routines came to life. Another crucial aspect of this film is the combination of sound and light. Right from the very first scene, you notice that it’s spot on. Upbeat music combined with flashing and colourful light during the club scenes and more black and light colours and slower music during her dance practices.

Catch it when you can

Hilda recently got its premiere at the Raindance Film Festival and so far this is the only festival where this film will be screened. However, we hope that this film will reach more film festivals soon because it’s a beautiful, passionate and genuine film made with a lot of love and dedication.

Also Read: The Formula For A Successful Film 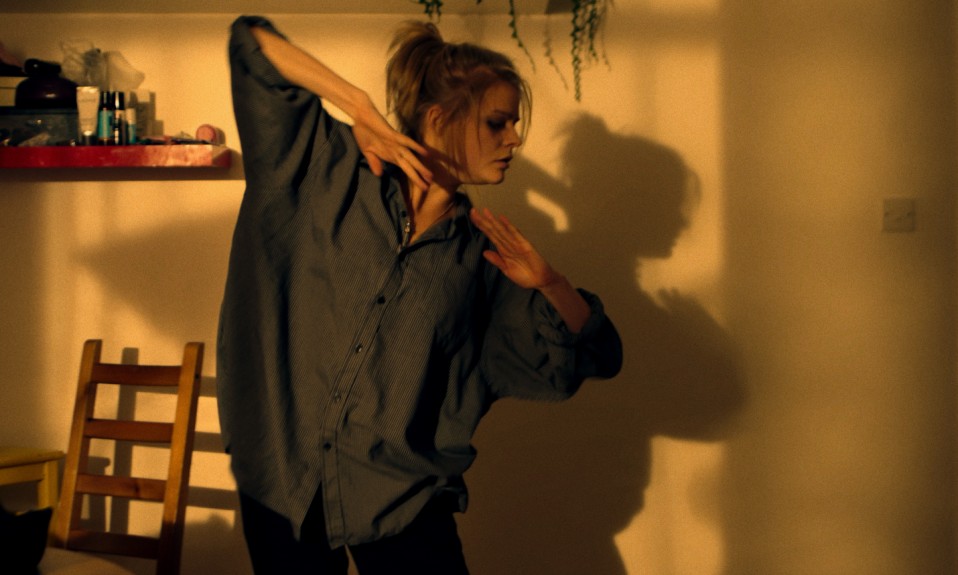