I am what most people would call a massive nerd. Star Wars, Star Trek, Doctor Who, I tick all the nerd boxes. Except for Lord of the Rings. I read The Hobbit as a child and tried to read the book trilogy but…I got bored. It’s a long time before anything happens and I mean really long. Like just about everyone else I watched the film trilogy when it came out. I even had a marathon watch of all three films – the special editions as well. And that’s about twenty-nine hours. While I liked these films I never understood their huge appeal but recently I thought I’d give them another try. One note, certain criticisms of the films might be thought of as unfair as they are things directly from the books, as this is a review of the films.

The Fellowship of the Ring

Like the book, the film has a long time before much happens. We get an extended period of time just looking at the idyllic world of The Shire. One of the problems I have with LotR is the hobbits, they aren’t the most interesting of races. I know that Tolkein very specifically chose the hobbits to be the ultimate heroes of the books, these creatures that no one expected much of who actually go on to save the whole world but that doesn’t change the fact that they’re boring. The idea of learning more about the lives of the elves or the dwarves, or following Aragorn or finding out what Boromir was up to, could be extremely interesting. But can you imagine a film set in the peaceful Shire? Anyway, I have to say, once Aragorn shows up things do get more interesting. I don’t have time to go into everything but they have a meeting, people argue quickly showing the audience the fault lines in the anti-Sauron camp, they form the fellowship, Gandalf “dies”, Boromir goes a bit weird, there’s a battle with some new tougher orcs, two hobbits are captured and two other hobbits go off alone.

The character I most identified with was Boromir, he wanted to use the Ring to defend his people who, he rightly points out, are the ones who are constantly fighting orcs. Obviously, the Ring would have corrupted him but it’s still a better plan than the insane one they come up of nine people – four of whom had never left the Shire – to walk into Mordor and destroy the Ring. If anything seemingly making Sauron’s job easier for him.

Highlights – the wraiths attacking Frodo and his race to Rivendell, Gandalf’s last stand and Sam’s refusal to leave Frodo.

Lowlights – too long in the Shire, Elrond’s constant complaining about the inconsistency of Men while planning to run away, “comedic” hobbit moments.

In the first film, there is one central narrative: there is one group you follow. In this one, it splits in three:

Narrative 1 – Frodo and Sam (and then Gollum) heading to Mordor.

Narrative 2: Aragorn, Legolas and Gimli rushing first to save Merry and Pippin, then helping Rohan, one of the kingdoms of Men.

Narrative 3: Merry and Pippin’s capture, escape and teaming up with the Ents.

There is a lot of cutting back and forth between these narratives but this is done quite well. The introduction of Gollum is very odd. I think Frodo is both meant to feel pity for him as well as worrying that is what he will become and so looking for Gollum to be redeemable. The problem being Gollum is the least convincing redeemed person ever, even for the short period of time he might have actually be redeemed. Nobody would ever trust him for a second.

Aragorn et al not only fail to find the captured hobbits but seem to get distracted and wander off. In fairness, they get distracted by Gandalf returning from the dead and deciding to and help a king (I think Gandalf is meant to have assured them Merry and Pippin are safe). This leads us to the main thrust of the film – the fall of Rohan. The kingdom is on the brink of collapse and after Gandalf does some quick exorcising their king decides to head for Helm’s Deep, his kingdom’s stronghold. The Battle of Helm’s Deep is surely one of the greatest battles in cinema history, there is a real sense of scale, of thousands of people on either side crashing against each other. It does fall to one of the classic film mistakes in that they allow the heroes to engage in utterly ludicrous fights the only thing saving them is the handy Script Immunity you get from being one of the central characters. Aside from this minor quibble, it is genuinely amazing.

I was very surprised in how involved I became in the struggles of Merry and Pippin in this film. They start the film facing a literal fate worse than death and end it storming the bad guy’s castle. I quite liked the Ents too, even though they’re slower at getting round to doing stuff than hobbits.

Highlights – the battle of Helm’s Deep set the bar for battle scenes, The Extraordinary Adventures of Merry & Pippin and the fact that it was thought necessary to call elephants by a different name and chose oliphaunts.

Lowlights – the idea of anyone trusting Gollum.

The Return of the King

Fortunately back then it hadn’t occurred to anyone to split the last film into two films as they really would have done it. I’ll say now this was the one I enjoyed the least but that’s not to be unexpected, endings are hard to get right (that said, they have about five attempts). Very brief plot synopsis – Sauron is now focused on another kingdom, Gondor, if this falls Sauron has pretty much won. Talking of the Ring Gollum – returned to his outright evil ways – plans to betray the hobbits and take the Ring, as who didn’t see that coming? Frodo, that’s who. Merry and Pippin join the army of Rohan and Gondor respectively. There is another huge battle which could only feel like an anticlimax after the huge battle in the last film. While people are fighting and dying for Gondor, Aragorn has recruited an army of ghosts who arrive at the last minute and wipe out the entire enemy in about thirty seconds in what has to be one of the laziest and worst deus ex machinas I’ve ever seen.

What about Sam and Frodo? Well, Gollum orchestrates a split between the two by the medium of breadcrumbs and then sends the unsuspecting Frodo into the lair of a giant spider. Sam comes back, saves the day, and they make their way to Mount Doom with only a ten thousand or so orcs in the way. Aragorn takes the soldiers he has left to attack Mordor, a suicidal attack the only aim of which is to distract Sauron and his orcs. A battered and beaten Frodo and Sam make it to Mount Doom only for Gollum to reappear, stealing the Ring and falling into the fire. Sauron dies, his army of orcs panic and flee and the good guys win.

Despite this film winning Best Picture at the Oscars, it does feel like the weakest, and most of what happens you feel like was done better in the previous films. There are some bizarre moments, such as Frodo turning against Sam, or when Frodo and Sam dress in orc armour to blend in despite obviously not being orcs. One of the problems I’ve always had with these films are the stark choices of good and evil that exist – Sauron is the very incarnation of evil. Is he? Why? Is he just fundamentally evil? The ending of the film suggests everything is going to okay now but I can’t help but think in five years time Aragorn will have annexed Rohan and the elves and dwarves will be fighting interminable wars.

The Lord of the Rings films are a staggering cinematic achievement and Peter Jackson deserves unending praise for bringing these films into the world. I still don’t love Lord of the Rings – I like it, it’s entertaining and certainly cinematic but it’s never going to be as important to me as it is to some people.

Also Read: Was It Really That bad?: Star Wars Episode 1 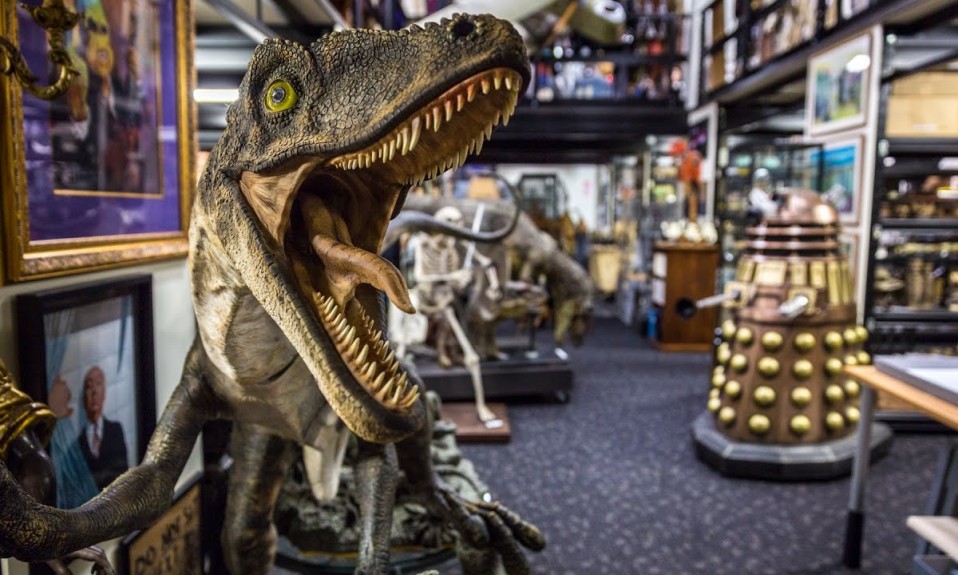 Famous Movie Props in the Hands of Collectors