Spoiler Warning: There are minor spoilers throughout but the final paragraph, “The Ending” will spoil the outcome.

After the debacle of Star Trek: The Motion Picture the people in charge of the franchise wanted to make some changes for the next film and brought back a villain from an episode from the TV show – Khan Noonien Singh. Star Trek II: The Wrath of Khan is still held up as one of the great Star Trek films (and a great film in general) and as it will be forty years old this year it is worth going through its greatness.

James T. Kirk is now an admiral and is potentially moving away from active command. Far away across the galaxy, a Federation ship encounters a colony of genetically engineered superhumans that Kirk marooned there years before. In the years since the planet has undergone catastrophic changes and is a barren wasteland. The leader of these superhumans, Khan, nurses an all-consuming hatred for Kirk and wants revenge. Khan takes over the Federation ship and sets out to fight Kirk, luring him into a fight by stealing top-secret Federation technology: the Genesis Device.

The full Star Trek cast is in the film: William Shatner as Kirk, Leonard Nimoy as Spock, Kirstie Alley joins the cat as Saavik, a young Vulcan officer and Ricardo Montalban reprises his role as Khan. The Star Trek cast are on usual form, with Shatner and Nimoy anchoring everything with their characters unusual friendship but Montalban shines as Khan. He is a charismatic villain, chewing the scenery in great style and enjoying every minute of it.

Star Trek II: Wrath of Khan is the great Star Trek film; with the only contender being Star Trek: First Contact. The film plays out a classic story of revenge mixed with starship battles, mind-controlling worms and some incredibly memorable scenes. Khan and Kirk seem to be engaged in a duel, each trying to outwit the other, tricks within tricks and both getting in good shots.

The crew of the Enterprise are older. Kirk looking down the barrel of a desk job and none of them are the daring young crew they once were. Kirk who was the epitome of an action-based captain struggles to define himself when no longer adventuring around the galaxy. Kirk and the crew race to get the Genesis Device back as well as rescue people significant to their captain.

The starship battle between the Enterprise and the Reliant (Khan’s ship) is a fantastic space fight unlike any other. The two damaged ships enter a nebula and try to outmanoeuvre each other, it is not a fast-paced dogfight but this slow dance of trying to get an advantageous position. Obviously, the special effects are decades old but still have a charm and distinct look to them.

In the closing minutes of the film Khan has triggered the Genesis device with the goal of taking down the Enterprise with him. Kirk et al can’t escape as in the recent battle the warp drive has been damaged. Spock goes to Engineering, steps into the reactor and fixes the warp drive, knowing that such exposure will undoubtedly kill him. Kirk arrives to see Spock before he dies and shares one of the most memorable exchanges in all of Star Trek containing the iconic lines – “the needs of the many, outweigh the needs of the few” and “I have been, and always shall, be your friend”. It is perhaps one of the “best” deaths in cinema.

Star Trek II: The Wrath of Khan is a great sci-fi film and the quintessential classic Star Trek movie. 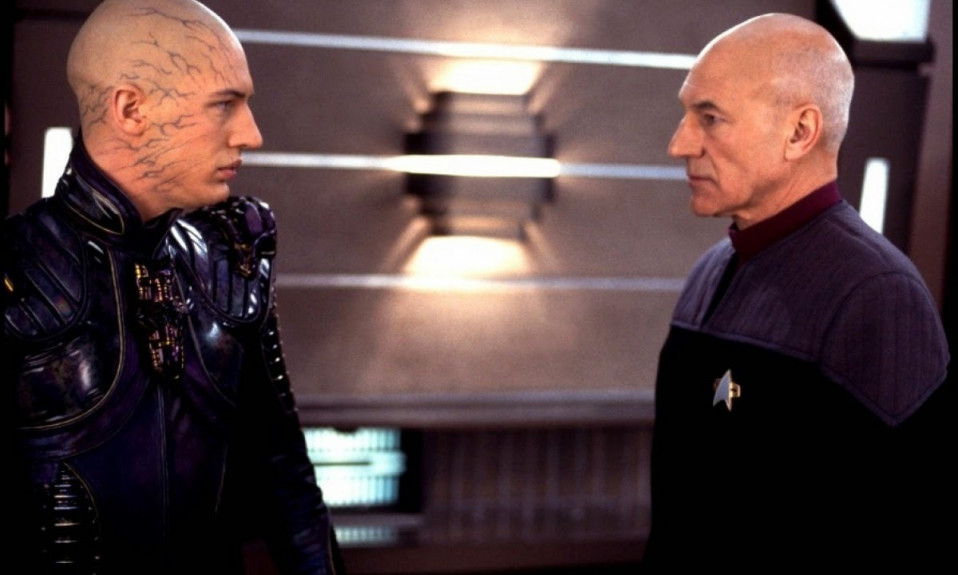