For this Iconic Scene article, I’m looking at a scene in the Coen Brothers classic No Country For Old Men, and what is generally called the “Coin Toss Scene”.

Anton Chigurh goes into a petrol station to pay for his petrol and get a snack. It has already been demonstrated that Chigurh is an incredibly dangerous and unsettling man, quite happy to kill. As the Gas Station Proprietor (as IMDb refers to him and shall henceforth be called GSP) engages in small talk with Chigurh he enquires about what the weather is like where he’s from. This seemingly innocuous comment changes their interaction immediately. While keeping an even tone Chigurh begins a barrage of questions regarding the man, the petrol station, and what time he goes to bed, and even without our knowledge GSP is scared. The next question, “How much have you ever lost on a coin toss?” Chigurh flips a coin and insists GSP calls it, who is clearly terrified and wants to know what the stakes are before he agrees to take part. In short order GSP crumbles and calls heads, which it is. Chigurh’s tone change and seems to back off, telling the man to look after his lucky quarter and not to keep it with the other coins, even though that’s all it is.

As already stated there are only two characters: Anton Chigurh, played by Javier Bardem and GSP played by Gene Jones. Bardem is an Oscar-winning titan of acting and plays one of the three central characters and the most obvious bad guy in the film. Jones is a character actor with a varied CV and this is his only scene in the film. This scene could be the best piece of acting Bardem has ever done but nothing should be taken away from Jones, GSP is a pleasant, slightly bumbling figure, so wildly out of his depth when confronted with a man like Chigurh (another character feels it necessary to bring up the bubonic plague when discussing just how dangerous Chigurh is). Jones is the ordinary person harmlessly leading his life until the personification of the bubonic plague shows up and his quiet life can be utterly shattered. My favourite moment is when GSP calls the coin correctly and Bardem adopts a subtle change of tone, particularly the raised eyebrows when saying “just a coin”. It’s worth pointing out the scene is almost entirely shot with the camera position so we see the back of one character and the face of the other, so we cut back between the two, so really there’s only one person acting in the shot and both do a fantastic job with all the attention focused on them.

The scene is 4 minutes 22 seconds long and from second 17 it is an unbearably tense nightmare. Like so many great tense scenes there’s not actually much you could objectively point to as the cause of tension – there are no overt threats, there is no violence, no weapons are displayed. The dialogue could convey just an annoyingly inquisitive person who doesn’t have great social skills but from what we know of Chigurh, the manner of Bardem’s acting and the reaction of GSP this is a terrifying experience. An idea I’ve always found fascinating and first encountered in The Hitchhiker’s Guide To The Galaxy is the idea that if a person does something that you have no frame of reference for then you don’t know how to react. If Chigurh had come in with a gun to rob GSP or if he was drunk and being aggressive GSP would understand the situation – but he has no idea what is going on. He knows he should be scared though. Perhaps as time goes by GSP would convince himself that it was nothing really, just an unusual encounter.

Who Is Anton Chigurh?

Apart from just being a great scene, I think it is in the film to give us more understanding of Chigurh. He isn’t just a mindless psychopath bringing death to everyone he meets – he has rules, something which is very important later in the film. Once GSP has antagonised him with his question there is the distinct likelihood Chigurh will kill him but he leaves it to chance, not only that, he insists GSP call it, rather than himself. He has bound himself to the outcome of the coin toss and even though he’s leaving a man who may very well pick up the phone and call the police about the terrifying man who just came into his petrol station, he lets him live. I think Chigurh also believes in consequences, that all actions have consequences. He is hunting Llewyn Moss who stumbled into a drug deal and walked out with a fortune, does Moss deserve to die? No, but he made a decision and he did something and consequences will come. GSP’s idle small talk is fine until perhaps you meet a person who doesn’t want you thinking about where they’re from and you have to live with the consequences of asking that question. No reasonable person would think asking about the weather is worthy of death but that isn’t important to Chigurh. At this point Chirgurh has business to be getting on with – he is dealing with drug cartels, crime organisations, the police and every ounce of common sense would say – don’t make any unnecessary trouble, don’t draw attention to yourself. Not Chigurh. He’s seemingly willing to kill a passerby which could bring down a manhunt on him because of his twisted principles.

An Iconic Scene In An Iconic Film

I remember being riveted by this scene when I saw it and being terrified for poor GSP. To show the amazing talent of the Coen Brothers there is another scene later in this film that is almost as tense, this one being the exact opposite, with no dialogue and Josh Brolin watching the shadows move outside his door.

Also Read: Anatomy Of A Scene: The Godfather – Restaurant Scene 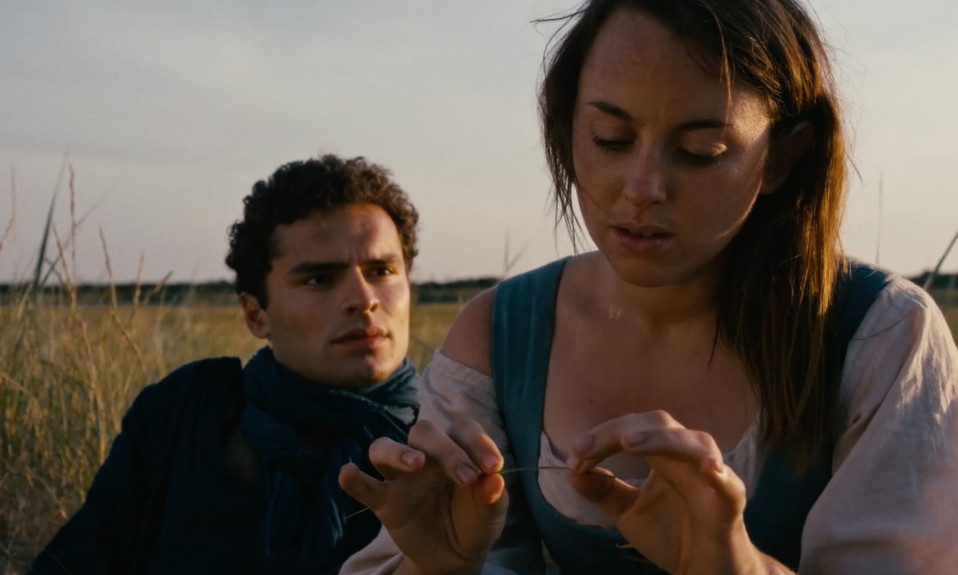