A middle-class family enter a restaurant on Tresco, one of three islands that make up the Isles of Scilly off the coast of Cornwall. The place is empty, except for them, so they begin to decide where they should sit. One table is too dimly lit, another facing the wrong way. It would be nice to look out the window that stretches along the length of the restaurant, but the weather is hinting that it might turn. They sit down at one table, arranging who should sit where, only to get up again a minute or so later and move to a different table. This is an action sequence in the world of Joanna Hogg.

Since 2007, Hogg has been, slowly but surely, building up a repertoire of work that explores moments like this. Her first film, Unrelated, follows Anna, a married woman who feels a bit lost as she joins some friends and their teenage children on holiday in Tuscany. Her second outing, Archipelago (which features the restaurant scene), tracks a family bidding farewell to their son as he prepares to travel abroad for charity work. Then, Exhibition, her third film, chronicles selling a modern house in the centre of London. All three films are similar in style; they’re largely improvised, in which Hogg ‘writes a brief scene-by-scene plot summary and captures the actors’ spontaneity on camera.’ They’re deliberate and quiet, paced elegantly, and aren’t driven by plot. They’ve often been referred to as ‘middle-class social realism’ given they don’t feature any prominent actors (at least, they didn’t when they were made, as Tom Hiddleston features in all three films, but Unrelated was one of his earliest on-screen jobs) and they are all totally captivating.

Then, in 2019, Hogg changed direction. Her film The Souvenir, which premiered at Sundance to rave reviews, has a lot in common with Hogg’s previous work in terms of its style, but it tells a more focused story. This semi-autobiographical tale follows Julie (Honour Swinton-Byrne), a young film student trying to figure out her graduate film, who meets Antony (Tom Burke), a posh bloke who works at the Foreign Office. Antony is direct, teasing, and powerful, while Julie tries to adjust, still unsure of herself. Antony, it turns out, is an addict, and as the film progresses, the nature of his addiction deepens and becomes increasingly worse. Julie, in perfect middle-class fashion, tries her best to ignore it, not to cause a fuss, borrowing money from her mother to help him out. Her ignorance becomes increasingly harder to sustain until, at the film’s climax, Julie is told that Antony has been found dead in a public toilet at the art gallery where they had their first date.

While The Souvenir isn’t plot-driven, it had a more direct story than Hogg’s previous work. It features actors you may recognise, like Tilda Swinton as Julie’s mother, who appeared in some of Hogg’s early short films after they met through the filmmaker Derek Jarman, and Richard Ayoade, who appears in a crucial scene as a dickish filmmaker friend of Antony’s. The film, too, is refreshing in its approach to the privilege at its centre, as, frequently, the idea of coming from money is dissected, considering it not just from Julie’s point of view, but by those around her too, working-class voices that get a say (and it is their say, due to the film’s improvisational core). Whereas films like Archipelago certainly poke fun at the uptight poshness of it all, The Souvenir draws it out and pinpoints precisely how it sets Julie apart.

The Souvenir: Part II arrives in cinemas this week (Friday 21st January), and it perhaps improves upon its predecessor, which is no mean feat. The sequel, such a rarity in the arthouse world, follows Julie as she tries to make a graduate film about her relationship with Antony. The film is driven by Julie’s ambition to tell a story that everyone seems to second guess. Julie, like Hogg herself, doesn’t want to use a typical script, and the money men at her university tell her that, without one, they won’t fund it. The actors she casts as stand-ins for herself and Antony question the motives of their characters, can’t understand why Julie didn’t do more or how Antony was able to keep it from her. The cinematographer kicks off about the seeming randomness of the production, the way scenes change from night to day, and is frustrated that things aren’t clean cut. Julie, despite all this, pushes through.

At the same time, Julie is still mourning Antony and is trying to piece together what happened during his final hours. She asks his friends what he had been doing, if they knew where he was, or how he ended up dead, but no one seems to know, or they don’t want to tell her. In response to the sudden loss, Julie tries to explore sex, too, as a means of coping (including one brilliant and radical scene in which a young actor, played by Charlie Heaton, goes down on her whilst she’s on her period and another in which she attempts to seduce a gay colleague). Julie is overwhelmed, professionally and personally, given she missed so much school when she was dating Antony, and now, the person she loved is gone.

What’s exciting about the second instalment, too, is how it works to unpack the first. At the root of Julie’s film project is the dilemma of making autobiographical work. How do you remain true to actual events? How do you handle people critiquing or quibbling over the characters’ actions when the characters are meant to be you and the people you know? In a meta way, these questions are raised in how Hogg approaches The Souvenir films and, as such, Part II pares out the issues Hogg faces as a director telling her own past.

Hogg is one of many filmmakers ushering in what seems to be an era of deeply personal filmmaking. In the same year The Souvenir premiered at Sundance in 2019, so did Lulu Wang’s The Farewell and Shia LaBeouf’s Honey Boy, two significant cine-memoirs. These were followed later that year by Pedro Almodóvar who released Pain and Glory, his most personal film to date, and Noah Baumbach skated around autobiographical connections to his film Marriage Story. Now, The Souvenir: Part II joins the ranks. All of which were preceded by movies like Alfonso Cuarón’s Oscar-winning Roma, Jennifer Fox’s bold masterpiece The Tale, and Tamera Jenkins’ Private Life in 2018. It’s unclear exactly what inspired this trend. Though movies based on personal experience are not a new artform, certainly there is something to be said about their prevalence during the past few years. Perhaps it’s a reaction to the state of the world; that sharing personal experience feels like a more necessary act given how little the world seems interested in that which shapes us, only taking into account our opinions in 260 characters and using those to define us.

Either way, next up for Hogg is another departure; a ghost story. The Eternal Daughter, due for release in 2022, is set to star Tilda Swinton and was filmed secretly in Wales during lockdown. Very little is known about its plot, but it sees Hogg move into genre filmmaking for the first time and stepping away, presumably, from the form of hyperrealism she began with. It seems, with her deeply personal masterpieces out of the way, Hogg is looking to stretch different muscles and I, for one, am ready to devour whatever she offers up.

Also Read: How Film Changed Me: On Reinvention 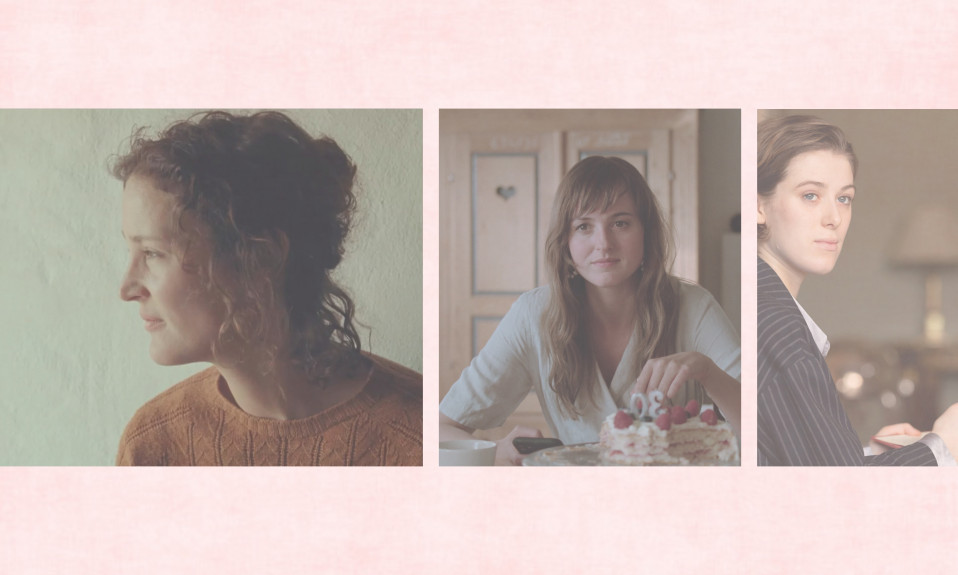 How Film Changed Me: On Feeling Stuck