With the struggle against Coronavirus still going strong, I wanted to take some time to recommend five films currently streaming on BBC iPlayer that will help get you feeling more positive. These are all listed in order of when they leave the service, so be sure to hurry and check them out.

An old school treat. With his contract coming to an end history teacher Jim Dixon (Ian Carmichael) must do whatever he can to please his head of department (Hugh Griffith) to keep his job. But as the annoyances (the arrival of his boss’s son (Terry-Thomas), his involvement with a self-centered colleague and having to deliver a boring lecture on Merrie England) and distractions (His growing affection for Christine Callaghan (Sharon Acker)) mount up, Jim must consider if this job is really what he wants to do. Lucky Jim is a hilarious mixture of sarcasm, slapstick, and satire. With a pointed message about the pompousness of old establishments and fantastic deadpan delivery from the entire cast. If you’ve ever been stuck in a boring job that made you want to scream, this film will leave you in stitches.

When a killer on the Isle of Man asks to speak detective Mindhorn (a fictional character from an 80s TV show) the police enlist the show’s star, washed-up actor Richard Thorncroft (Julian Barratt), to help them catch the killer. But Thorncroft seems more interested in reigniting his career than helping. Few people can do undeservedly pompous like Julian Barratt. Watching him trying to play a big shot actor come unwitting action hero is hilarious. And when backed up by some of Britain’s best comedy talent (Including Russell Tovey, Simon Farnaby, Steve Coogan, Simon Callow, and Kenneth Branagh) and a plot that continually gets more preposterous as it goes on, Mindhorn proves that sometimes laughter really is the best medicine.

Made in Dagenham (Leaves 20th April)

In 1968 Rita O’Grady (Sally Hawkins) leads the Ford Sewing Machinists in a strike. Demanding the female workforce receive the same pay as the male workers. But can the ladies achieve their goals when faced with fierce opposition from Ford, the unions, the government, and even their own families? Despite dealing with serious subjects Made in Dagenham is an incredibly positive experience. With beautiful presentation, an incredibly witty script delivered with gusto by the likes of Sally Hawkins, Andrea Riseborough, Bob Hoskins and many more and because of the darker moments, the characters experience bereavement, abuse and lack of funds, the sense of accomplishment when the girls finally achieve their goal is all the more satisfying. By the end, you will feel much more appreciative of the world we live in now.

Lara Croft (Angelina Jolie) goes up against Manfred Powell (Iain Glen) a man hired by the Illuminati to find the pieces of an ancient item known as “the Triangle”. Which when combined allow the wielder to control time. But the pieces must be combined before the end of the planetary alignment. Can Lara beat the bad guys before they get hold of this powerful weapon? While this film is flawed it makes up for it by being incredibly fun. The cast are all fantastic and are definitely having fun with their roles. The plot moves at a good pace so it never gets boring. The action is frantic but inventive, the mansion fight being a glorious highlight. And it has a very good dry sense of humor about itself. Sometimes cheese is the best cure for the blues.

Former lovers Eleanor (Siân Phillips) and Isabelle (Brigit Forsyth) meet up after years apart in a nursing home and reminisce on why they separated all those years ago. But now they are together again can they put aside the past to be happy now? Time & Again is only 27 minutes long but it’s more impactful than films triple that length. With a biting but hilarious turn from Phillips and Forsyth’s sweet emotional performance playing beautifully against each other, Time & Again immediately hooks you and takes you on a rollercoaster of emotions. One minute you’ll be angry as you learn the couple’s history and then you’ll be laughing at their crabby banter. Ultimately the film leaves you, like the characters, optimistic for what will come. Time & Again is a short sweet love letter to what the future holds.

And so ends our list of titles on BBC iPlayer that will put a smile on your face. Please let us know what you thought of our selections. And be sure to check out our suggestions for feel-good movies to watch on Netflix. Stay safe and stay happy everyone.

BBC iPlayer is available for free in the UK, check all the films here. 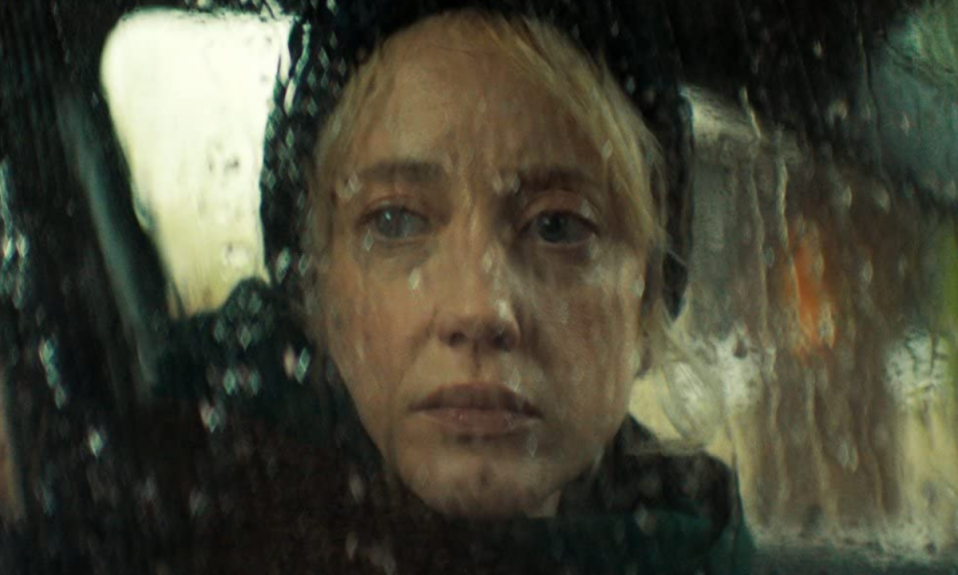