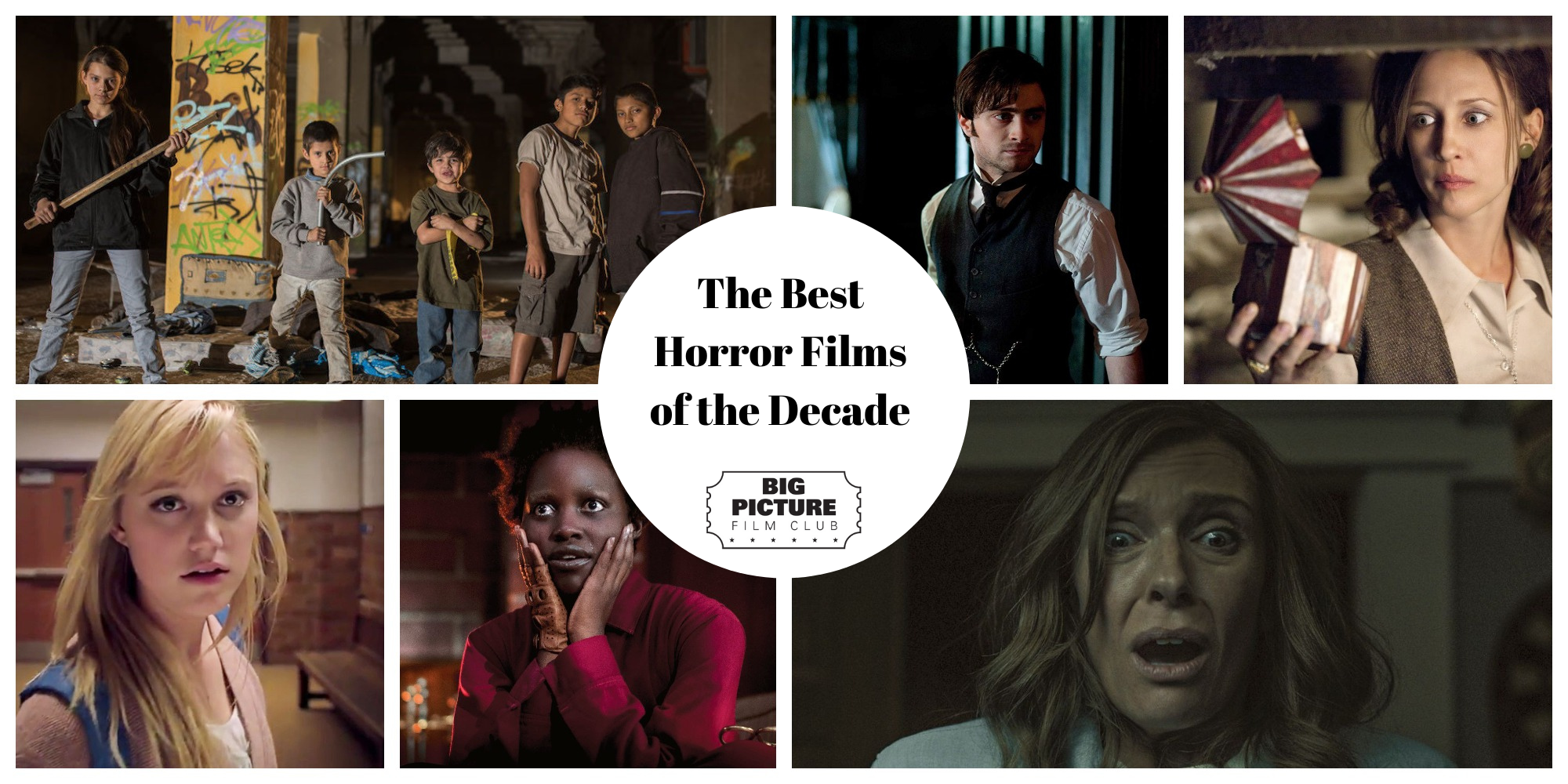 There have been many fantastic horror movies released this past decade. So today I am celebrating the decade’s end by picking my 10 favourite horror movies from 2010 – 2019.

I’ll pick one movie from each year (using the IMDb release year as reference), briefly summarise each movie and explain why you should watch it. I’ll also include honourable mentions for you to also enjoy. Well, let’s get spooky.

This horror/thriller follows a detective (Byung-Hun Lee) who tracks down his wife’s murderer (Min-Sik Choi) and aims to drive him insane by continually capturing, brutalizing and releasing him. From there the mind games escalate until you’re not sure who you should be rooting for. With violence that’ll make even hardened gorehounds’ wince, I Saw The Devil is an experience you won’t soon forget.

HM: Tucker and Dale vs Evil

Beginning as a movie about a former assassin returning to work to make some money and gradually morphing into something more horrifying, Kill List benefits from knowing as little as possible going in. But thanks to its perfectly pitched naturalistic presentation, which makes the outlandish plot feel realistic, Kill List is now considered one of the most disturbing movies ever made.

Arthur (Daniel Radcliffe) a recently widowed solicitor is tasked with settling the affairs of Mrs Drablow at her estate, Eel Marsh House. However, something is stalking the Eel Marsh grounds. Could it be linked with the deaths of several children in the neighbouring village? Hammer Studios’ best modern film is a perfect old-fashioned ghost chiller. Dripping with atmosphere, backed by a solid cast, and genuinely effective jump scares.

Using the Perron Hauntings case as its basis, The Conjuring is one of the decade’s most fun horror films. With likeable leads in Patrick Wilson and Vera Farmiga as real-life figures Ed and Lorraine Warren, some inventive camerawork and eery production design. The Conjuring is a thrilling modern haunted house ride that leaves you invigorated.

After having sex with her boyfriend, Jay (Maika Monroe) discovers she’s been cursed. Now a demon follows her wherever she goes. Her one advantage is that it can only follow her at walking speed. It Follows is a wonderful genre tribute with relatable characters, suspenseful direction, a beautiful score and a creepy monster that’ll have viewers checking over their shoulders next time they’re in a crowded place.

My personal vote for the scariest movie of the decade. A paranoid period piece, The Witch, like Kill List, is most impactful when seen with little knowledge of the plot. However, rest assured you’re in for a skin-crawling slow builder with great performances and brilliant direction that will constantly leave you doubting your own judgment.

Justine (Garance Marillier) a devout vegetarian vet in training is forced to eat meat in a university hazing ritual causing her to develop a craving for human flesh. Hilarious, disturbing and touching, Raw speaks to many modern fears about identity, gender and sexuality; and keeps the audience thoroughly invested with fantastically drawn characters and perfect visual storytelling. Plus a woman eats her sisters’ finger, so there’s that.

Sadly underappreciated by mainstream audiences, Tigers tells the heart-breaking tale of Estrella (Paola Lara) who attempts to use three “magic wishes” to help a group of children caught up in the Mexican drug war. Firmly grounded in harsh reality and never pulling its punches when it comes to the violence, Tigers is a tough but rewarding watch.

A family unravels after their grandmother’s death as a mysterious outside force invades their lives. Featuring one of the decade’s greatest performances from Toni Collette and incredible tension. Courtesy of a sympathetic cast of characters and magnificent direction that subtly (using of camerawork and visual cues) and overtly (the scares) keeps the audience on edge to the end.

HM: Climax & Incident in a Ghostland

Dani (Florence Pugh) attempts to get over a family tragedy by going to Sweden with her boyfriend (Jack Reynor) and his friends. Initially, the locals seem welcoming but as the Midsummer festival begins a sinister plot emerges. While slowly paced Midsommar hits hard because of Florence Pugh’s performance and subtle tension building through camerawork and the performances of the villagers. Culminating in one unnervingly weird finale.

Thus ends my list of the 2010s best horror movies. If I’ve missed some of your favourites, then list them in the comments. One thing’s certain, with so many new masters of horror, the 2020s will be very exciting to see. 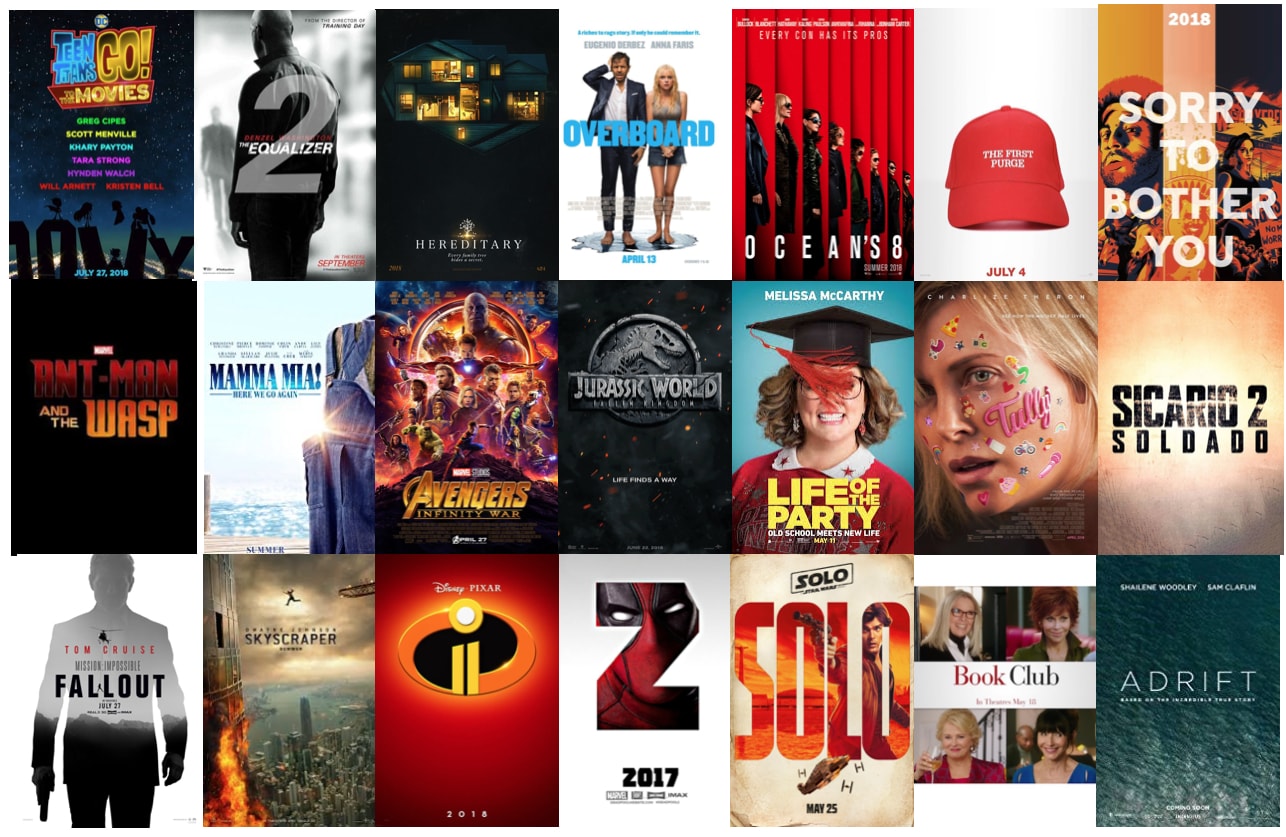 We are still in January and most of the films currently in the cinemas are holdovers from last year. So I’m here to showcase five films from 2018 that didn’t get the appreciation they deserved.

In the year when superhero movies, Bohemian Rhapsody, Disney and the battle between A Quiet Place and Hereditary ruled the conversation, these are the films that got a little lost in the shuffle and deserve their time in the spotlight.

The Other Side of the Wind

Netflix scored big hits this year with The Chilling Adventures of Sabrina and positively received seasons of Bojack Horseman and Daredevil. They also acquired the rights to many interesting films like Cam, Roma and Mowgli: Legend of the Jungle. But two films among their catalogue definitely deserved more attention, this being one of them. The Other Side of the Wind did garner attention before it’s release as the final film of legendary director Orson Welles. Since then it seems to have had discussion, which is baffling as it’s a posthumous credit from a revered director. side of the Wind is a scathing look into the life of a well-regarded filmmaker, as well as the people and media landscape that surrounds him. Alternately, a fascinating semi-autobiographical glimpse into Welles life and opinion of himself. It’s an interesting look at the origins of archive footage and a cinematic trip through a haze of egos and scorched refined visuals. While not the next Citizen Kane it is still a satisfying film that adds a great epilogue to the tale of one of cinema’s most intriguing figures.

Here’s the second Netflix release you should all check out. The director of The Raid brings us an effective horror story about a man going to find his kidnapped sister. But his life is put in danger when he learns the secret of the island she is on. That summary sounds generic for a horror movie, but Apostle does some things so well that it’s easy to forgive a lot. It’s a film of two halves. The first half is incredibly tense, as our hero sneaks around investigating the island. In the second half, the film goes nuts as the blood flows and surprise reveals pile up. For this reason, it’s understandable why the films second half may lose some people. After such effective tension building, the change to blood and gore and the introduction of fantastical elements, feels somewhat disappointing. But the first half is so well done that I’m willing to go along with it. It is still very entertaining. And it’s refreshing to see a horror movie made with genuine passion. Sometimes enthusiasm is enough.

I am not surprised this movie was underappreciated. Knife + Heart had a limited release at film festivals so general audiences will not have seen it. Even when I saw it, it divided the audience. The plot concerns a gay porn director trying to get over her ex-girlfriend. While her crew are killed off by a masked figure. That description alone indicates this movie will not be for everyone. It’s a movie that deals with frank depictions of sexual themes as well as (depending on your interpretation) showcasing a conflicting attitude towards its characters sexuality. It’s also a movie that goes for dream logic and magical realism over cause and effect reality. Which some viewers may not like. It’s destined for cult stardom. Some will love it others will detest it. For me, it was a one of a kind experience. It showcased great affection for a cinematically underrepresented group and I saw nothing like it all year.

Of all the listed movies, this is the most difficult to watch. Tigers Are Not A tells the story of a girl who loses her mum in the Mexican drug war. She receives a piece of chalk which she believes will grant her wishes. She then uses these wishes to help her and several other children made homeless by the feuding. But all her attempts to help have dire consequences. I saw this movie listed at several horror festivals this year and heard buzz about it from the community but no one else. Having seen it I understand why. This movie pulls no punches when it comes to showing the impact that the drug war has on the Mexican people. Even children aren’t safe. Because this movie deals with such a sensitive and relevant topic it is not likely to be for everyone. Some may find the movie to be in bad taste or just too much to handle. But, like the movie shows, sometimes we need stories like this to help us process the world around us.

The Hate U Give

My favourite release of last year was a film that I knew nothing about going in. I saw no trailers; none of the actors on talk shows and no one I knew was talking about it. But when I emerged from the cinema I felt so drained and excited. For the first time in a while, I felt the power of cinema. I cared about the fates of all of the characters. I never knew where the story was going. There were moments that affected me on an emotional and physical level and I felt like I was watching something important. This film speaks so much to this generation and this point in time that it is truly a feat. Because of I want you guys to experience the film the same way I did. Don’t look up anything about it. Just know that the story concerns a teenage girl named Starr trying to navigate the ups and downs of growing up in modern America. It’s a film that deserved way more than it got and one that I will continue to fly the flag for as long as I can.

Thus ends my list of five little seen gems from last year. I hope that you will check all of these out and hopefully you will find at least one that you enjoy as much as I did.