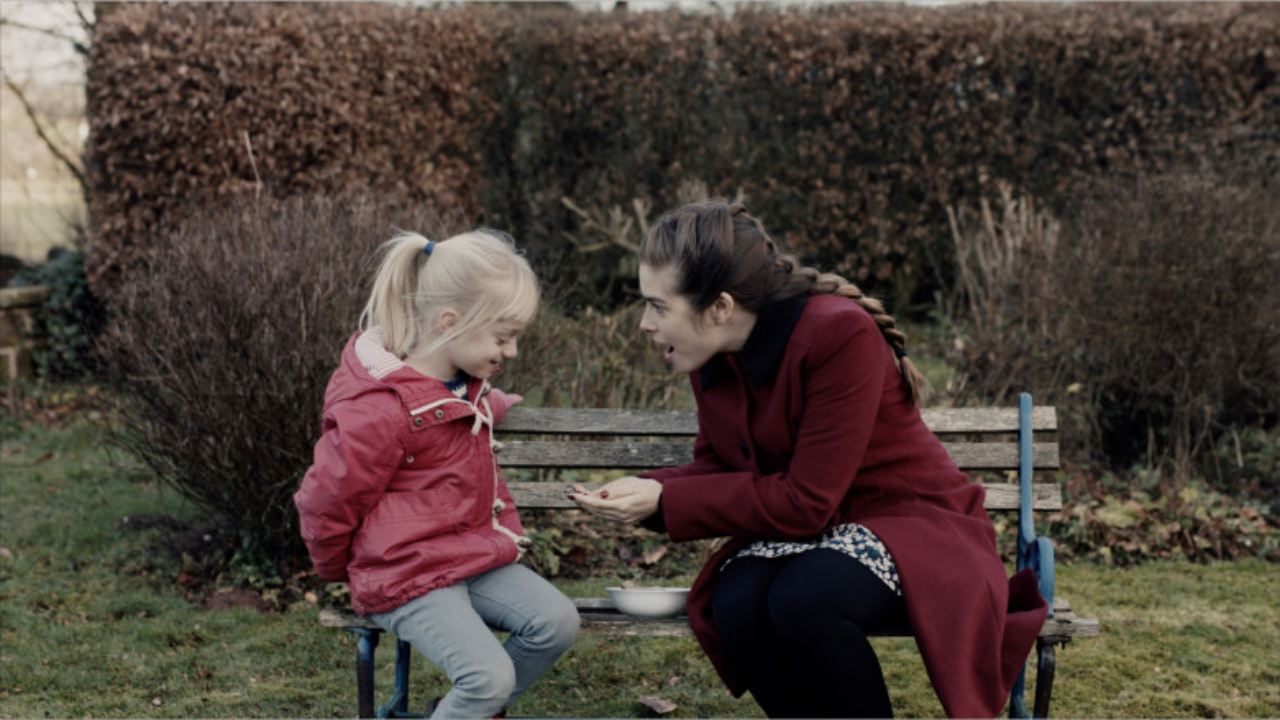 While equal representation in movies and television series is not fully on point yet, we’re slowly getting there. Think about films and series in which non-white actors take the lead (Harriet, When They See Us) and the ones in which LGBTQ+ relationships are beautifully represented (Booksmart, Euphoria). However, when it comes to the representation of disability in film and television, the industry is certainly still behind. A few recent films and series come to mind such as The Peanut Butter Falcon and Special. However, that’s certainly not enough. According to disabilityscoop.com the percentage of movies about disability is still declining which is probably the same for television. Time to put an end to that.

Better representation of disability on screen isn’t only incredibly important for diversity and originality but it also gives actors with disabilities more opportunities. Despite there being 13.9 million people in the UK with some type of disability (the current population is 66 million), eight in 10 disabled people say they do not feel well represented in the media so there’s clearly something wrong when it comes to disability representation.

It becomes even more clear when you put statistics next to it. In 2016, only 2.7 percent of characters in the 100 highest-earning movies had a disability. Last year only 2.1% of the characters in primetime TV series were disabled. It’s not only the numbers that need to change but also the way disability is being represented on screen. Disabled people in media always come with stereotypical roles such as being the object of pity, victims of violence or the evil person.

A long fight that’s still not fought yet

The battle to see disability better represented on screen is being a hard one but luckily many art institutes don’t give up on it. One of the most important ones is the casting studio VisABLE, which helps to create professional opportunities for actors, presenters and models with disabilities for over more than 20 years. Their highly skilled professionals were already part of television series and films such as Doctors, Casualty and Holmes and Watson. Some of the films might even appear on the ‘Disabled Britain on Film‘, a part of the online BFI Player. Thanks to this initiative, you can watch many films for free that are about the on-screen representation of disabled people over the past decades.

Another big institute supporting the representation is the BBC. Last year, they pledged to include more actors and entertainers in their television programs such as shows, documentaries, and dramas. This might have been the outcome of the angriness they caused in 2018 when they cast Charlie Heaton (a non-disabled actor) in the role of Elephant Man. If the new pledge of BBC is coming off the ground, it would be a massive step in the right direction. Hopefully, many important broadcasters will pledge the same.

Film festivals such as ‘Together! Disability Film Festival‘ in London the ‘Oska Bright film festival‘ in Brighton also don’t stay behind when it comes to wanting to represent more disability on screen. The films that are part of the festivals are made by deaf/disabled filmmakers and feature a strong central deaf/disabled character.

Casting the right people is key

Whether we want to admit or not, there’s whitewashing going on in film. Think about the backlash casting decision such as Kiernan Shipka in The Silence or Jared Leto in Dallas Buyers Club. The comments about that last example were about the fact Leto portrayed every stereotype of a transgender woman and that the portrayal was wrong on so many levels. So tell us, why do we still allow non-disabled people to portray disabled characters if that indeed also results in stereotypes on screen? That casting disabled people can turn a gorgeous film into an even more beautiful and important one became clear over the last few years. Think of the Oscar-winning short film The Silent Child. If a film like that, with a relatively small budget, can hire disabled people and making them feel at ease, then why can’t big blockbusters?

How can we start to solve this old problem? According to reelhoney.com, one of the measurements that a production company can take is to make auditions much more accessible and to meet the access requirements. It would literally make the threshold lower for disabled people to start in the film and television industry. A few years ago, actress Sarah Gordy (Call The Midwife), who has Down syndrome, mentioned that directors and producers didn’t think she would be able to play a part because of her learning disability. However, after giving her a chance, she was able to prove them wrong in the best way possible. Another measurement is probably the best and probably also the easiest one production companies, producers and directors can take: Just give people with disabilities a chance! 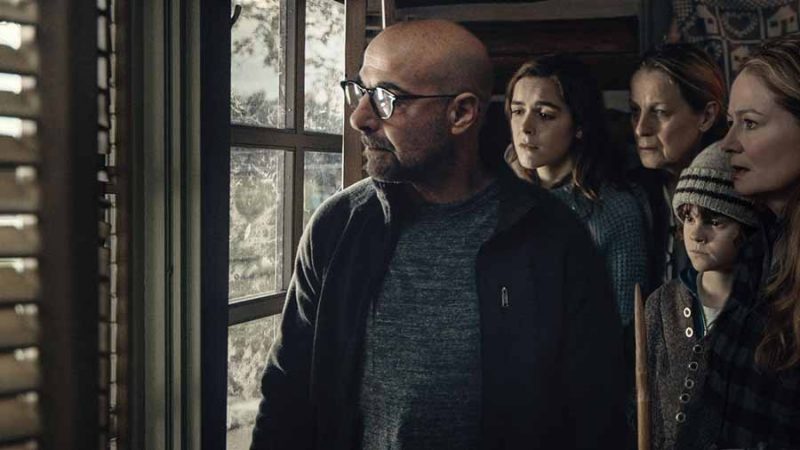 New Netflix film The Silence tells the story of a family trying to survive in a country ravaged by monsters that hunt by sound and to have any hope of survival you must be silent.

The Elephant In The Cinema (or Netflix in this case)

The plot outline of The Silence sounds very similar to recent horror hit A Quiet Place and the word “mockbuster” has been thrown around describing The Silence. A mockbuster is a film that has a plot and title similar to a very successful film and is not a coincidence but a very cynical attempt to leech off the success of the blockbuster. It should be pointed out The Silence is based on a book that predates A Quiet Place. Personally, I would say the quality of the film and its origins means it isn’t a mockbuster but it’s still impossible not to directly compare it to the other film.

The film follows a single family and how they deal with a nationwide catastrophe; strange winged creatures are spreading across the country and killing countless people. After watching news reports it becomes clear that the creatures hunt by what they can hear – meaning if you can be quiet you’re safe. As the family has a deaf daughter they are used to communicating non-verbally. After a tense few hours of deliberation, the family decides to drive out into the quieter and presumably safer countryside. To their horror, they find that the monsters are not far behind and not only that but there are other things dangers to be wary of.

The film is directed by John R. Leonetti a cinematographer and director with a history in horror, his biggest directing credit being for 2014’s Annabelle. The writers are Shane Van Dyke and Carey Van Dyke whose involvement in Transmorphers: Fall of Man and The Day The Earth Stopped (films that, surely coincidentally, are reminiscent of Transformers franchise and The Day The Earth Stood Still) has somewhat added to the perception problem as a mockbuster.

I’ll admit that it was the cast that made me interested in this film – namely Stanley Tucci, who plays Hugh, the Dad, and Kieran Shipka, who plays Ally, the daughter. Stanley Tucci is a great actor, that’s just a fact, his monologue in Margin Call about building a bridge is one of my favourite scenes of all time. Whereas Kieran Shipka is best known for her phenomenal performance as Sally Draper in Mad Men and more recently as the eponymous character in The Chilling Adventures of Sabrina. Unsurprisingly Tucci gives a great performance as an ordinary Dad in extraordinary circumstances, a calm, gentle man, who while retaining his decency shows he is tougher than people might think. Shipka’s performance was good, as was most of the cast to be honest, but not quite what I was hoping for.

The film is moderately enjoyable, especially if you are a fan of this post-apocalyptic, or in this case during-apocalyptic movie. This is, in fact, the main difference between The Silence and A Quiet Place, the latter is set some time after the problems started and the complete collapse of civilisation, whereas The Silence only gives us the first moments of what is happening. After all, throughout most of the film Ally talks via Skype with a schoolfriend discussing what is happening and surely if Skype is still working things haven’t got that bad yet.

The film is quite predictable and offers little in the way of surprises. The monsters are CGI created and are not always terrible fearsome, the film making the mistake of many monster movie in that they show the monster far too often. The most terrifying monsters are only glimpsed by the viewer. Overall I wasn’t convinced that the monsters posed an existential threat to humans, they did not seem that fearsome or dangerous, yes they could kill a person but they were described in the film as unstoppable nightmare creatures.

The film takes an odd turn away from the danger of the monsters to the danger of other people. Now, this is a fairly common trope of disaster/apocalyptic films that humans can be as bad as the monsters. What is absolutely bizarre in this film is that the normal, civilised people got completely batshit crazy in literally two days. While scavenging Hugh and Ally encounter a creepy man and it turns out he has a bunch of creepy friends who have already started mutilating themselves and talking about women in terms of “fertility”. This has to be the most rapid descent into apocalyptic madness I have ever seen and it is simply too much to accept that people would turn so bad so quickly. I’m not even sure the old adage that a civilised man is only three meals away from barbarity as I don’t think they had missed that many meals.

So, the big question, how does it do compare to A Quiet Place? Not well is the quick answer. A Quiet Place was hugely enjoyable and genuinely tense and The Silence just doesn’t match up in any way. But even without this comparison The Silence barely feels like a film and more like a long episode of a moderately successful tv show. At best it will only appeal to fans of this genre and will not be remembered as a particularly worthy addition but still too good to be a mockbuster.