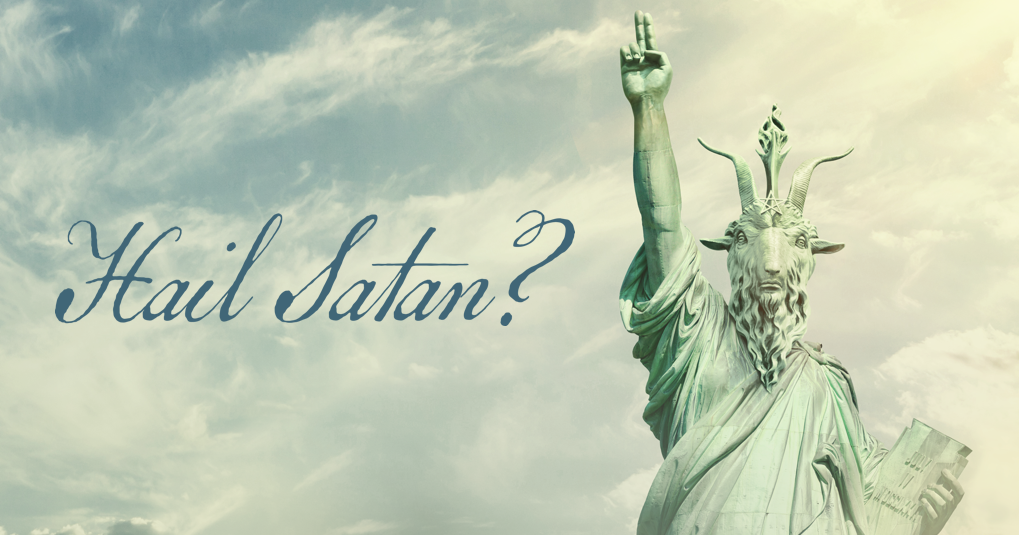 Evil One. Beelzebub. Lucifer. Satan is known by its many names. A lot of people see him as the devil, the dark side of religion or just an abomination. His followers are being described as “freaky”, “peculiar” or “losers”. Well, those prejudices might be about to change thanks to “Hail Satan?” from director Penny Lane (yes, her parents probably had a great taste in music). With her fifth feature, she (“Nuts!”, “Our Nixon”) shows us in a funny, clever and unique way that the worshippers of Satan aren’t as “evil”, “stupid”, or “awful” as people think.

Welcome to The Satanic Temple

Meet Lucien Greaves. The brains and co-founder behind The Satanic Temple. The what? The Satanic Temple! It all started in 2013 as a group of friends who wanted to show that in America, there’s a lot of misplaced belief in the fact that Christianity is the only true religion and that others religions have no place in the USA whatsoever. The goal: To end the authority of Christianity and to strive for a separation of church and state.  They also want equal representation of multiple religions. Their ultimate way to show that is to place a statue of Baphomet, who represent their belief, next to the statue of the first ten amendments on the capitol grounds.

While black is their colour, the intentions are everything but dark. Sadly, the actions of the Satanist cause a lot of controversies, especially in America. People start questioning whether The Satanic Temple is just a hoax, whether there’s a place for them in society or whether their aims are real. Despite all the hatred from others, The Satanic Temple keeps on fighting for what they believe in: free will, democracy, and diversity. Will they succeed in that and will their Baphomet rise from the ground or will the conservative Americans send the Devil back to hell?

You’ve got to fight for your right!

You’ve probably already noticed. “Hail Satan?” isn’t about the worship of Satan but about American democracy. If democracy stands for the equality between people, then why can one religion (Christianity) publicly express itself in every way possible and why can’t other (maybe underground and not so well-known) religions do the same?

This documentary isn’t only about the Satanists trying to put their Baphomet statue up or to prove that things can and need to change. They also want to make sure that people got the individual right to form their opinion about crucial topics such as abortion, education and the society in general without being questioned, laughed at or punished for. Image how bleak the world would look like if we would all dress, act and think in the same way?

Not only the people from The Satanic Temple, their values or backgrounds are immensely divers but also the footage that is used in “Hail Satan?” couldn’t be more diversified. It goes from very intimate shot videos by the members of The Satanic Temple to children’s cartoons and from snippets from older movies to news footage. They have all a few things in common (apart from the topic): They bring a lot of humour, wittiness, and cleverness to this film. If you question the American authority then you better do it with tons of banter and sarcasm.

No, we’re certainly not going to join The Satanic Temple ourselves but we do get why other people do it. Their darker side is brighter than we initially thought. Thanks to Lane her “Hail Satan?” we know now that Satanists want equality, justice, and diversity between all the people and religions. This documentary will stick with you because of its unique topic, the humour, the personal and up-close stories and the clever use of extraordinary footage. We say “Hell Yeah” to “Hail Satan?” and you probably will do the same.