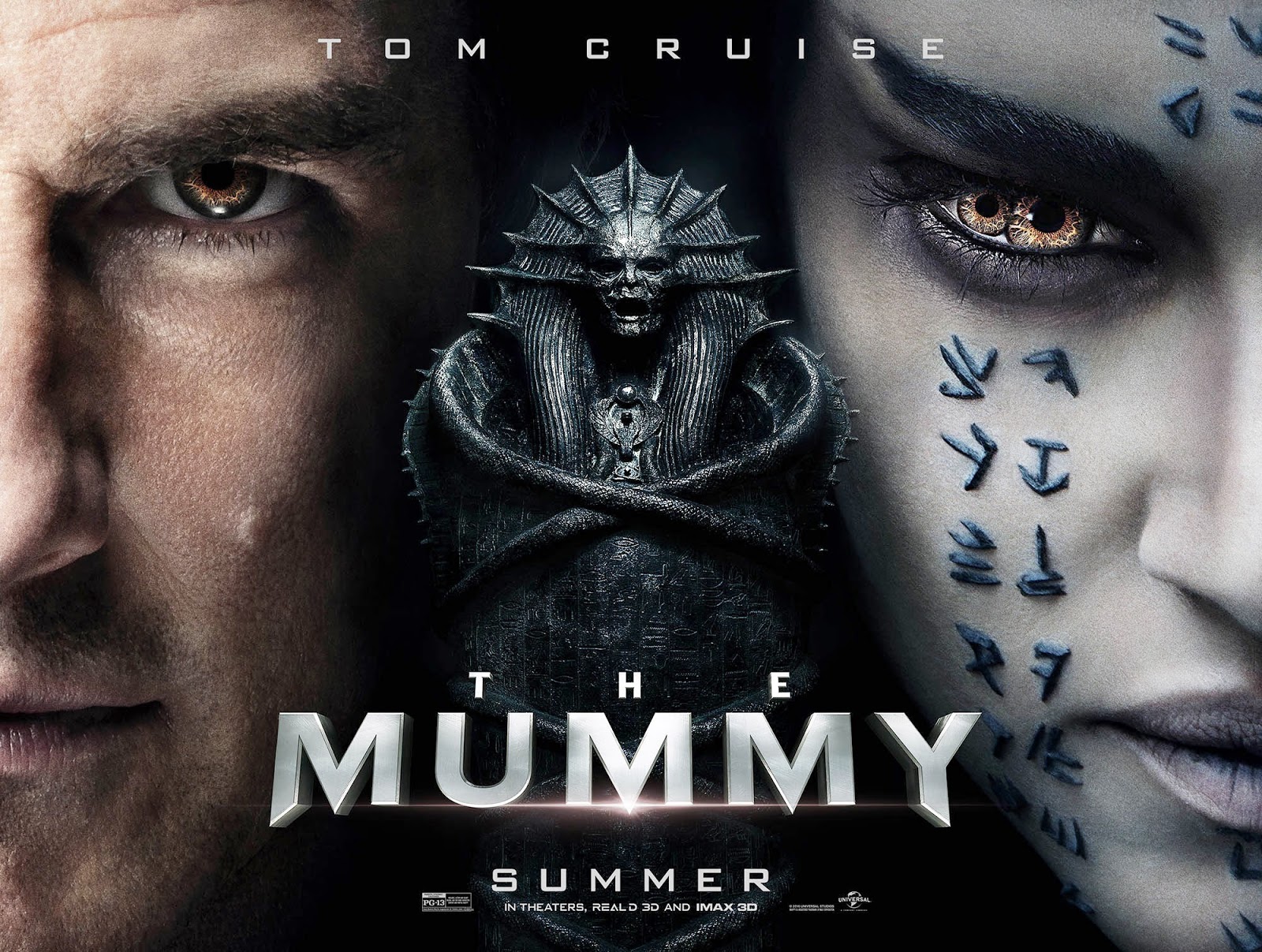 In the wake of the success of the Marvel Cinematic Universe, studios saw the huge amounts of money it was making, then went through their back catalogues to see what they could make their own shared universe out of. Soon, everyone had a shared universe. The MCU, The DCEU, the Monsterverse, and The Dark Universe.

The Dark Universe was to feature characters from Universal’s classic library of monsters, such as the Frankenstein, the Invisible Man and the Creature From the Black Lagoon. The first entry was The Mummy (After a failed start in 2014). It is also the only entry to have been released. 5.5 IMDb rating too harsh? Grab your map, get your notebook and ask whether The Mummy was really that bad…

“A new world of Gods and monsters”

This version of the Mummy switches out Brendan Fraiser for Tom Cruise, which, while not a bad thing on paper, turns this from a fun Indiana Jones- lite adventure flick, into Mission Impossible: Ancient Egypt. Cruise is playing Tom Cruise and all of the charm that comes with it. His character is amusingly outmatched, ill-prepared and mostly disinterested in the history and lore the film attempts to set up.

Sofia Boutella is also great as the eponymous mummy, and gives a stellar performance despite all the prosthetics and dodgy CGI surrounding her. Cast after her role in Kingsman, she is clearly the star of the show here. It’s a genuine shame she is sidelined as much as she is.

The rest of the supporting cast doesn’t really make much of an impression. Even Russel Crowe, as Dr Jekyll (yes that one) looks like he’s confused and bored by most of the exposition he gives. Crowe’s character is arguably the biggest problem, as his character bears little weight on the actual story, and exists simply to set up other films. What Marvel did in a post credits scene is instead done halfway through the action. It’s almost the cinematic equivalent of pausing the film, looking up the next few films, then pressing play again.

“Where’s your sense of adventure?”

The Mummy could be a solid, if generic, action flick. Some of the set pieces, including the infamous plane scene featured in the trailer, are genuinely impressive. But as reviewers have pointed out, the film is largely too unfocused, not knowing what it wants to be. Forcing it to rely on Cruise’s star power and the faint promise of more to come.

As some more generous reviews point out, there are some good points. The film sets up the protagonists as morally ambiguous originally, with no one entirely trusting each other, but this never really goes anywhere.

The film is largely a Frankenstein of several different ideas wrapped together. It’s horror routes are acknowledged, but not present enough to actually scare. It’s not as campy as the 90’s version, but the action is serviceable if uninspired.

Cruise is game as always, and The Mummy herself is great, but there’s nothing here that is particularly memorable or noteworthy. The whole thing just feels rather soulless. It’s best ideas are used either in the first thirty minutes or not explored enough.

Also Read: Was It Really That Bad? Star Wars Episode 1: The Phantom Menace