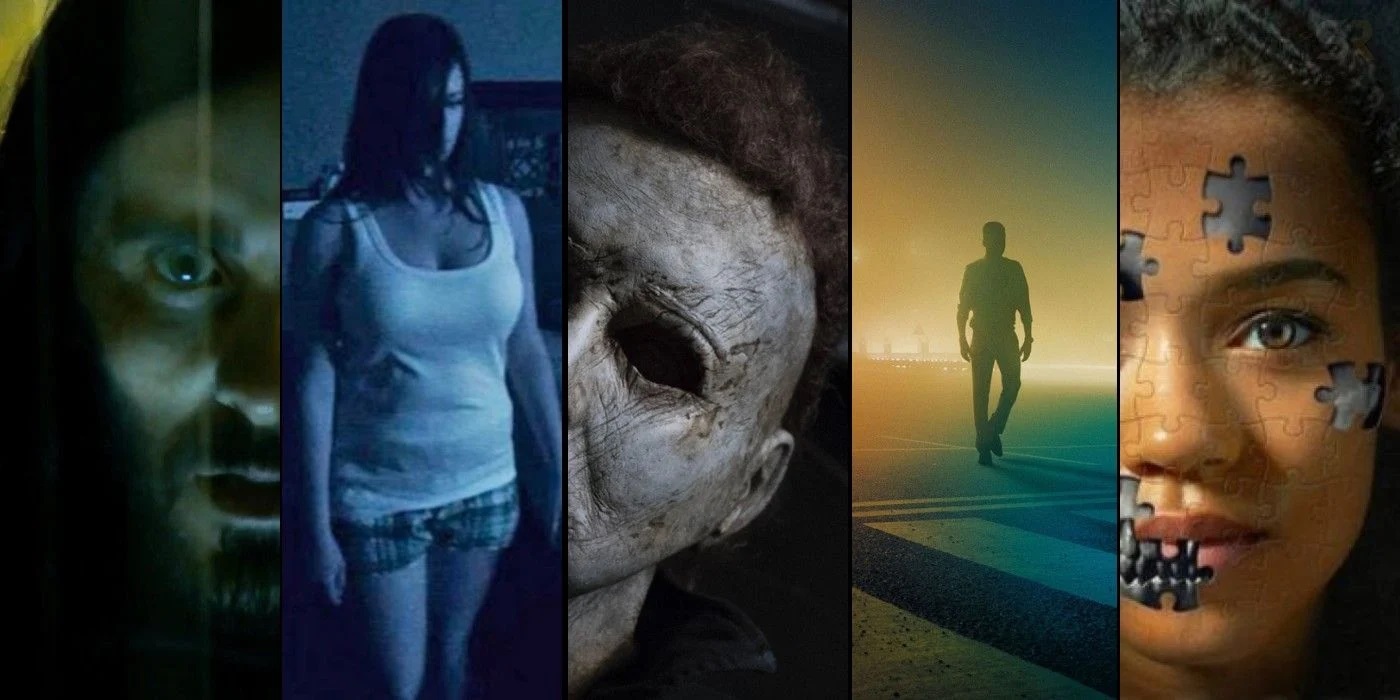 The horrific year of 2020 played host to many new horror film gems, like The Invisible Man (2020), Saint Maud, Relic, and more. After such a frightfully good year can 2021 top it?

Today we’re looking through 8 exciting upcoming horror releases that will (hopefully) release this year. We will give a brief synopsis of what we know about these films. And explain why you should be excited to see them.

Ben Wheatley’s latest film focuses on a scientist and a park scout going on an equipment run after a virus infects the world (topical). Wheatley’s projects are always fascinating thanks to his ability to get great performances from his actors and effectively build atmosphere. In the Earth also sees Wheatley round up prior collaborators, including Reece Shearsmith (A Field in England), Hayley Squires, and Mark Monero (Happy New Year, Colin Burstead). Let’s hope this is another winner.

Carlson Young’s debut feature is about a woman drawn into a surreal world where her sister is still alive. This movie deserves more attention from the trailer alone. The candy-coloured lighting juxtaposes brilliantly against a foreboding soundtrack and frightening images. Like a smiling man in black, and a worried girl amongst her smiling friends. The Blazing World looks like David Lynch meets Suspiria (1977). What a nightmarish treat.

From cult director Sion Sono (Suicide Club and Love Exposure) this action, horror, thriller follows a notorious criminal (Nicolas Cage) who must break an evil curse to recover a missing girl. While the story sounds generic the pairing of Cage’s and Sono’s odd talents could lead to another Cage cult horror hit like Mandy and Colour Out of Space. With production stills showing Nic Cage’s quintessential mania, Prisoners of the Ghostland looks like a fun time.

This MCU adjacent Sony movie focuses on Morbius, the living vampire. Jared Leto plays brilliant biochemist Michael Morbius whose experiments to cure himself of a disease result in him developing abilities such as super strength, echolocation, and gaining a thirst for human blood. With a horror-inspired aesthetic Morbius looks like a welcome attempt to try something different from other MCU films. Let’s hope this horror comic book film lands better than New Mutants.

When a young woman obsessed with 1960s fashion travels back in time and meets her idol things take a dark turn as time begins falling apart. Last Night in Soho comes to us from Edgar Wright. Wright”s track record alone should entice anyone to see this movie. And with a cast that includes Anya Taylor-Joy, Matt Smith, Terence Stamp, Rita Tushingham, and the late Diana Rigg, Last Night in Soho should be on everyone’s radar.

With Tony Todd returning as the iconic villain, Jordan Peele (Get Out and Us) contributing to the screenplay and producing the film, which will be a spiritual sequel rather than a remake of the classic film, and promising new director Nia DaCosta helming the project all of this adds up to a film that looks to be respecting the legacy of the original Candyman while offering something that looks fresh and new.

Finally, little is known about this project, but it’s a reportedly original idea from horror master James Wan. Who birthed great modern horror films like Saw, Insidious, and The Conjuring movies. And honestly, that pedigree is all you should need to be excited.

Also Read: The Best Horror Films of the Decade