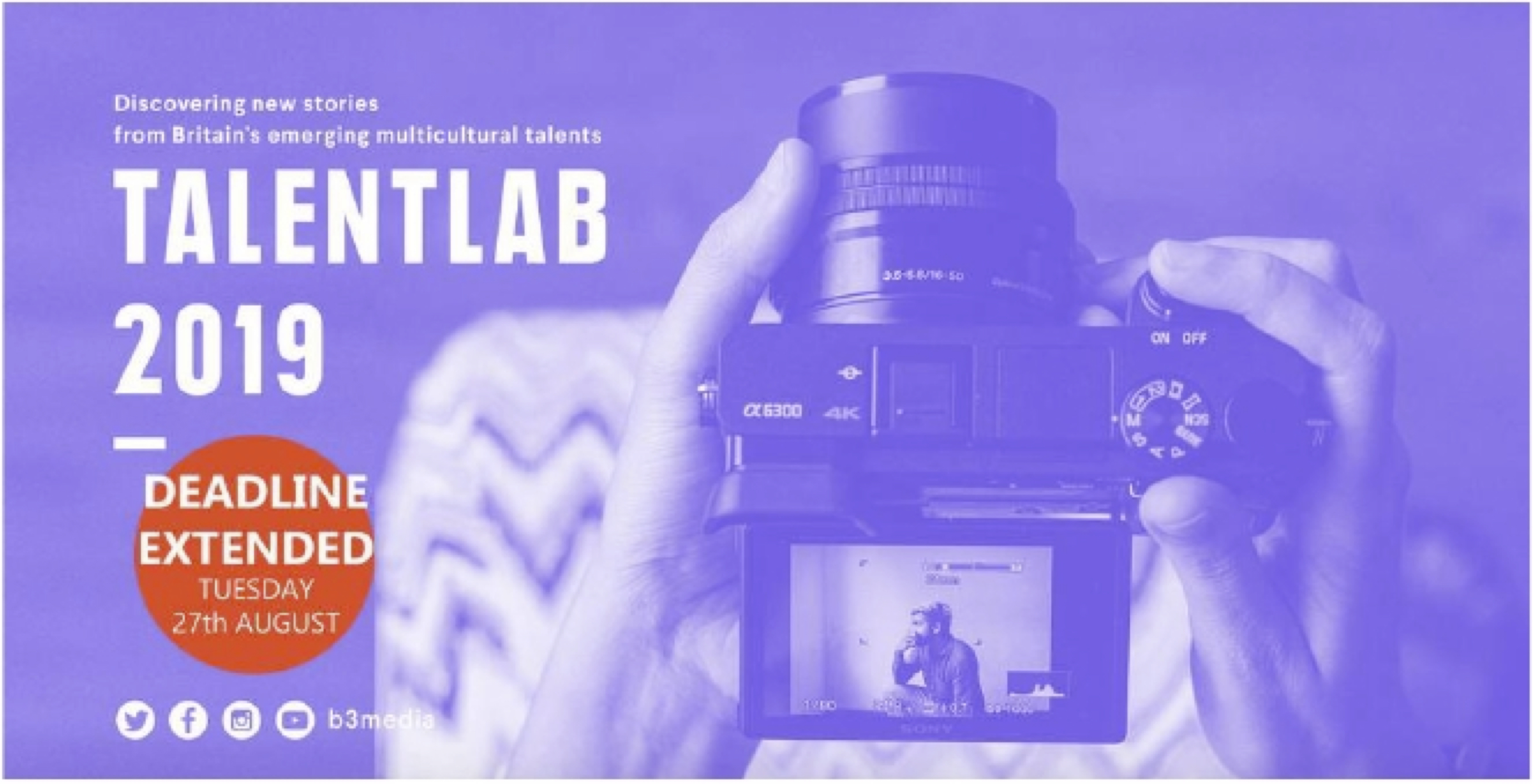 Now in its sixth year, B3 Media is looking for artists for its 2019 edition of TalentLab – an innovative creative development programme aimed at BAME artists, writers, creative producers, and filmmakers in the UK who are ready to take their careers to the next level.

They are calling for applications from individuals with a strong story to tell, and a track record in film, visual arts, theatre and digital storytelling. B3 Media is hoping to find 20 candidates with ideas to participate in a series of development labs in September 2019. From this initial group, up to 6 projects will be commissioned. The selected filmmakers and artists will receive mentorship and development support between October – November 2019 with an opportunity to present their work at B3 Futures creative showcase in central London in November 2019.

TalentLab is supported by ScreenSkills using National Lottery funds awarded by the BFI as part of the Future Film Skills programme, and the University of Nottingham’s Horizon / Mixed Reality Lab. B3 Media is a leading media arts network that understands the importance of representative storytelling. TalentLab helps diverse artists take their careers to the next level by transforming raw ideas and stories into outstanding projects capable of garnering widespread acclaim through a programme of workshops and bespoke support. The programme also enables participants to gain greater exposure and recognition in their fields via carefully curated networks with a list of industry mentors.

Recent industry reports by Directors UK and ScreenSkills have highlighted ongoing challenges with increasing ethnic representation in creative fields, particularly media. Directors UK notes that no major broadcaster made a significant improvement on diversity from 2013 to 2016 while only 2.2% of UK television programs were made by BAME directors. ScreenSkills (formerly Creative Skillset) 2012 Census found that just 5.4% of the creative and cultural workforce come from BAME backgrounds making up over 10% of the population. By nurturing BAME talent, B3 is helping to remove those barriers and create new role models for the next generation.